The Trump administration has come under fire for a budget proposal that would eliminate federal funds for the Special Olympics.

The education department’s budget would cut the $17.6m that the federal government grants to the organization, which runs Olympic-style athletic competitions for children and adults with intellectual disabilities.

The proposal, like the rest of Donald Trump’s federal budget plan, is unlikely to actually become law, since Congress must approve a federal spending plan and lawmakers have dismissed Trump’s blueprint as dead on arrival.

But House members grilled Betsy DeVos, the education secretary, over the plan at a budget hearing on Thursday for the second time this week, saying it would deal a blow to disabled children.

Senator Dick Durbin of Illinois asked if DeVos personally approved the cut. He says “someone has to accept responsibility”.

DeVos said she didn’t “didn’t personally get involved” in the decision. She defended the proposal, and fired back at Durbin, saying “Let’s not use disabled children in a twisted way for your political narrative.”

Senate Democrats also pressed DeVos on the issue on Tuesday.

“You have zeroed out Special Olympics once again. I still can’t understand why you would go after disabled children,” said Representative Barbara Lee, a California Democrat. “It’s appalling.”

It is the third straight year the Trump administration has proposed eliminating Special Olympics funding.

Representative Mark Pocan asked DeVos on Tuesday if she knew how many children would be affected by the cut. When she said she didn’t know, the Wisconsin Democrat said the answer was 272,000 – noting that the administration has also proposed cuts to special education grants and programs for the blind.

“What is it that we have a problem with, with children who are in special education? Why are we cutting all of these programs over and over in this budget?” he asked.

“We had to make some difficult decisions with this budget,” DeVos said. “I think Special Olympics is an awesome organization – one that is well supported by the philanthropic sector.”

The Special Olympics said its athletic tournaments are supported by private donations, but the federal money pays for important educational services in schools, teaching social and emotional skills to children with special needs.

“We ask federal, state and local governments to join Special Olympics in remaining vigilant against any erosion of provisions that have made a substantial difference in the lives of people with” intellectual disabilities, the group wrote. “US government funding for our education programming is critical to protecting and increasing access to services for people with intellectual disabilities.”

DeVos issued a statement on Wednesday claiming that the media and members of Congress have “spun up falsehoods and fully misrepresented the facts”, even as she confirmed that the budget does in fact propose eliminating the funding.

“The Special Olympics is not a federal program. It’s a private organization. I love its work, and I have personally supported its mission. Because of its important work, it is able to raise more than $100m every year,” she said. “But given our current budget realities, the federal government cannot fund every worthy program, particularly ones that enjoy robust support from private donations.”

Associated Press contributed to this report 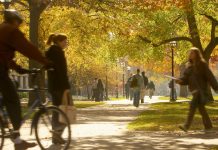 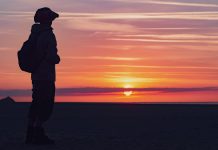 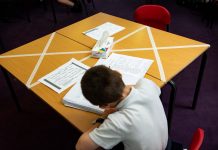 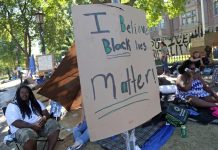 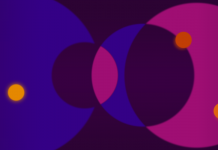