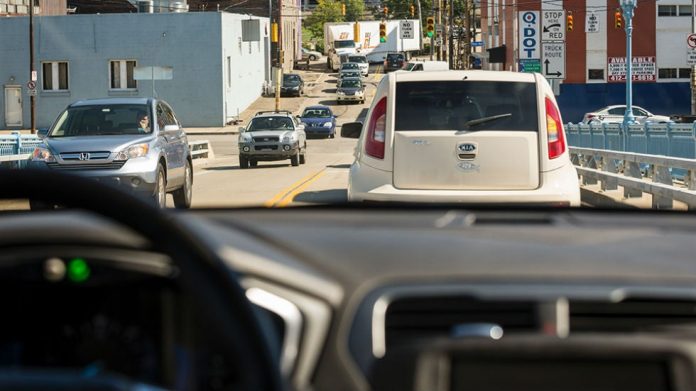 The Trump administration is expected on Tuesday to roll out a rule that would drastically cut the fuel economy standards negotiated under the Obama administration in an effort to battle climate change, according to The New York Times.

The Trump rule is reported to cut the year-over-year improvement in mileage required of automakers.

While the Obama-era rule required automakers to produce fleets that average nearly 55 miles per gallon (mpg) by 2026. Instead, the Trump rule could bring that number down to 40 mpg over the same timeline.

The Trump administration has argued that cutting Corporate Average Fuel Economy (CAFE) standards will allow automakers to produce cheaper cars, something they say will save lives as low prices spur consumers to upgrade to new vehicles with better safety features that guzzle less gas than older models.

But critics say the rule raises concerns about health, the environment, and the economy.

“The administration is unraveling the biggest and most successful climate policy on the books, one that has also saved consumers millions of dollars in gasoline costs, cut air pollution, and helped grow the auto industry,” Ken Kimmell, president of the Union of Concerned Scientists, said in a statement.

“This new rule leaves the country worse off. In the near term, it’s a massive transfer of tens of billions of dollars from drivers to oil companies. … It also cedes American leadership in vehicle manufacturing, putting the automakers at risk in a global market. In the long term, it’s even worse—a deliberate decision to steer us at high speed toward a more dangerous climate.”

Transportation is now the largest source of greenhouse gas emissions in the nation, according to research by the Environmental Protection Agency (EPA), with pollution from cars and trucks outpacing that of electricity as utilities move away from coal.

But that increase in pollution also poses health risks. A government analysis of the rule obtained by Sen. Tom Carper

Thomas (Tom) Richard CarperDemocrat calls on EPA to withdraw ‘secret science’ rule Blame game heats up as Senate motion fails Democratic senators, attorneys general slam proposal to roll back protections for birds MORE (D-Del.) and shared with The Hill found anywhere from 440 to 990 people could die prematurely given the increase in smog and other side effects from vehicle emissions.

The economic impacts are also considerable.

The rule will cost consumers more, even as gas prices plummet, while the economy lies in the midst of uncertainty amid the largest spike ever seen in unemployment claims.

U.S. automakers might also take a hit in the global market, as buyers steer clear of American made vehicles that lag behind their competitors.

Numerous lawmakers have asked the Trump administration to halt the rules roll out as large segments of society are instead focused on battling the coronavirus.

“While I have significant concerns, and questions, about how this final rule was crafted and justifications for certain changes, I write today only to urge you to halt the finalization of the rule while we continue to respond to one of the greatest health crises our nation has ever faced,” Rep. Doris Matsui

“The effort to combat this pandemic requires assistance and coordination across all levels of government – state, local, and federal. We should not be further overwhelming these parties with new regulations that will require time and attention.”

The rule is likely to face legal challenges and has already ignited a battle between the administration and California, which for decades has relied on a waiver from EPA to pursue stricter vehicle emissions standards and more fuel-efficient vehicles.

Trump revoked that waiver, a move that has already spurred lawsuits.

But California has moved ahead without the administration in other ways, signing a deal with four automakers to produce vehicles that could average 50 mpg by 2026.

“What exactly are you hoping to accomplish?” Rep. Paul Tonko

“A reasonable observer would be forgiven for seeing an Administration so blinded by contempt for its predecessors and so willing to hurt consumers to support oil companies at any cost that it would defy science and common sense to move forward with a proposal with near universal condemnation from stakeholders,” he added.