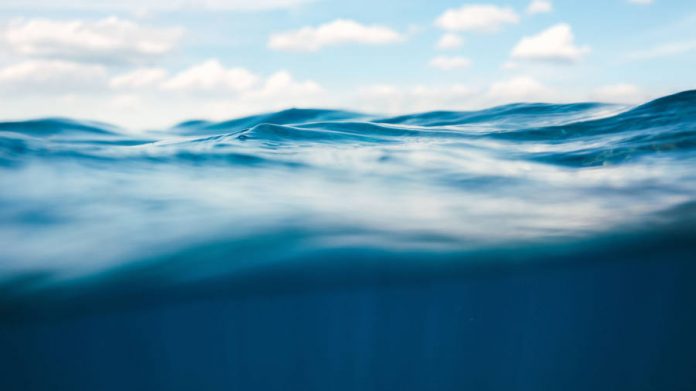 FT subscribers can click here to receive Market Forces every day by email.

Ripples are disturbing the recent calm waters for equities as trade headlines stream across markets.

A correction in equities should not surprise anyone at this point. But, as highlighted on Tuesday, the issue may well be one of how much of a retreat truly beckons given the hefty backdrop of central bank support at the moment.

One shot across the bow of equity optimism is the fact that record and multiyear peaks for a number of share benchmarks of late have not been accompanied by leading government bond yields, commodity prices and currencies supporting a bullish recovery story in 2020. Bond yields and inflation expectations are moving lower and further away from recent peaks, while metals and oil, together with emerging market currencies, are extending recent declines. The two main US high-yield exchange traded funds have notably lagged the recent rise in US equities, with the JNK and HYG ETFs both adrift of respective June peaks.

Market divergences can take time to resolve and the uncertain status of a trade deal between the US and China only highlights the stakes. Wall Street was knocked after reports questioned whether a phase one trade deal arrives before the end of the year.

The next major deadline for the trade saga looms in mid-December. That’s when investors see whether the threat of US tariffs on more Chinese goods are pushed through, a warning spelt out by Donald Trump during a cabinet meeting on Tuesday. Beyond the White House and its trade hawks, Congress has emerged as a new prong in negotiations with China, with the US Senate passing the Hong Kong Human Rights and Democracy Act. The bill needs both chambers of Congress to agree on a single version before it is sent to the US president for approval, so there remains an element of dealmaking in the process.

Still, Wednesday’s equity market reaction has been relatively contained, with eurozone stocks at a two-week low while Wall Street’s dip on Wednesday leaves the S&P 500 index just shy of this week’s record close. A modest retreat in equities and lower government bond yields tells us that market sentiment still leans towards an eventual deal or truce. But it’s worth highlighting that expectations now focus on no new levies being introduced rather than recent hopes about existing tariffs being rolled back.

“In our base case we now see the US and China agreeing a phase 1 deal that, at a minimum, averts additional tariffs.”

He also thinks a bare-bones trade deal, which punts “the more difficult structural issues, such as cyber theft and industrial subsidies” down the road, should not derail global shares. He writes:

“Our expected range for global equities in this scenario is for 0–5% upside from current levels.”

For market sentiment, narratives matter. Beyond the daily short-term noise generated by trade negotiations, investors desire a greater sense of certainly from politics.

Marc Ostwald at ADM Investor Services says that aside from the complexities of the relationship between the US and China, there is one key point of consideration:

“The issue is in fact not what is or is not achieved in terms of any deals, but rather that some form of predictability re-enters the equation, and displaces the rollercoaster of uncertainty — the same applies to Brexit.”

Earnings and the business cycle ultimately drive the longer-term balance between risk and reward. For now, rougher waters in that area are not what many in the equity market expect.

Playing an important role from here is the equity performance of financials. Since the sector bottomed in mid-August, banks have benefited from rising bond yields and expectations of a global rebound. The banking sector in global, US and European terms has outperformed respective broader markets over the past three months, pumping up the sector’s year-to-date performance to a far more respectable level.

But as shown via this chart, lenders’ performance versus the broader equity market has started lagging. Falling 10-year government yields have renewed the flattening trend for yield curves, a shift that hits banks’ margins. The US 2/10’s Treasury curve has eased to 16 basis points from a high of 28bp last week, which leaves financials at an important juncture.

Financials stand to determine the extent of a broader correction or the next leg up in markets. For now, the gains for financials, from admittedly cheap levels in August, tilts at the bearish yield cure message about the future prospects of the economy.

“The entire bull case for US stocks comes down to a belief that the US and China will soon settle enough of their trade disagreements to boost the global economy in 2020, and financials are the keystone that holds that narrative together.We still like US stocks but will want to see financials continue to work their way higher to validate our bullish thesis.”

The meeting minutes from last month’s Federal Open Market Committee gathering arrived on Wednesday afternoon and affirm that a December easing is not on the table. The FOMC is on hold barring much weaker data or a macro shock.

Of interest, the FOMC is not a fan of negative rates, although given the importance of money market funds, that’s hardly a shock. Also mentioned is that a standing repo facility is still under discussion, so leaving the current temporary infusions of cash in place. One gets the sense that the FOMC prefers a visiting hours approach to repo.

Protecting an investment portfolio against a sharp decline in equity markets can take a variety of forms. A popular type of insurance is the purchase of equity index put options, say, on the S&P 500. I raised the topic of cheap equity insurance last week, but as some readers rightfully pointed out, while the current level of the Vix is low, the futures curve is steep and that highlights the troublesome timing issue about buying options, particularly for long-term investors. Puts often expire worthless as a drop in equities is minimal or even shortlived during the life of the option contract.

A new research paper from AQR Capital Management looked at data from the past decade in order to analyse various ways of protecting portfolios from tail risk. It concluded that using options has been overly expensive. This test of recommendations from a 2011 paper, Chasing Your Own tail (Risk) finds:

“While it’s not surprising that in a bull market, an investor who purchases protection would underperform one who doesn’t — over the past eight years, a 5% out-of-the-money put-protected US 60/40 investor would have earned only 7.0% compared to 9.0% for the ‘unprotected’ investor — what might be surprising is this performance drag is almost exactly the same as it’s been long term.”

“The truest ‘out of sample’ test of our ideas is the final column, which combines the strategies at the same weights we showed in our 2011 paper. This combined approach kept up with 60/40 during a great period for traditional portfolios and with meaningfully less equity risk.”

As to the approach for investors from here, AQR advises:

“Our recommendation today for dealing with the risk of severely declining portfolio wealth is the same as it was in our 2011 paper: rather than try to Band-Aid the problem via portfolio insurance, instead reduce your equity risk and complement the portfolio with underutilised sources of returns.”

I’d love to hear from you. You can email me on michael.mackenzie@ft.com and follow me on Twitter at @michaellachlan. 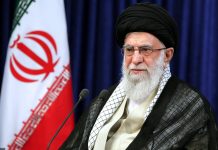 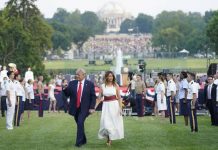 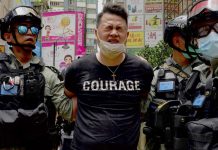 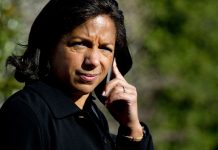 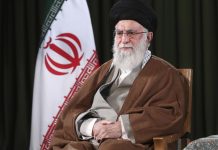 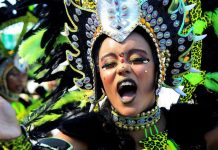