Tracey Deer’s Toronto Film Festival entry “Beans” tells the story of a 12-year-old Mohawk girl and her family thrust by incidents of racial injustice into the forefront of 1990’s Oka Crisis, in which the Quebec government clashed in a political standoff with two Mohawk communities, the Kanehsatà:ke and Kahnawá:ke. Beans is a happy, middle-class girl who has high hopes of being an artist, and is trying to spend a fun summer before she starts 7th grade in an exclusive “white” high school. But the Indigenous communities were protesting the expansion of a golf course into a forest and burial ground, and the indifference of the government to their concerns and institutional racism fueled the three-month siege, depicted with visceral truthfulness by Deer, who was born and raised in the Kahnawá:ke community, in the film, re-created a racist attack she and her family endured when she was young.

Deer is also being honored at TIFF with the Emerging Talent Award, presented by MGM.

You approach a very timely issue through a coming of age story — why?

You know, that was the age that I really first experienced [racism] in such a massive way and it had a profound effect on my understanding of who I am and my self worth. My sense of safety in the world. So it has such a devastating effect on young people. These issues are so charged. And a lot of the people who really need to listen have a very big wall when it comes to that, and I thought, connecting with a child would be a safe way into the topic. That maybe their understanding could be opened a little bit more by experiencing it through the eyes of a child.

One of the most powerful scenes in the film depicts white men throwing rocks at the car in which Beans, her little sister and mom are sitting in a traffic jam, and the police don’t do anything to stop the attack.

So that is something that is directly out of my own experience. The way I shot it, I wanted us to stay inside the car and really have the audience experience it the way we did. It was very hard to revisit that time, to put it into words in the script. And I really did dread having to re-create it. It was a really tough day. But we all knew the magnitude of what we were going into. Everybody was nervous and I mean, our crew was majority, nonIndigenous and Caucasians, everybody came in with just a very big heart and lots of support for all of us.

So how did you proceed with such an emotionally triggering scene?

It was very, very important to me that the shooting of that scene was not traumatic. On site, we had a PTSD expert as well if anyone needed to talk or needed support. And I had a big talk with all of the extras at the beginning of the day. Often extras are hired and show up without really knowing what they’re going to be doing that day. But I did ask that our bookers make sure that every extra knew what they were coming into and agreed to come into it. And I explained to them what the scene was going to be about and that I really needed them to bring to bring all the hate and anger that they could, because that is what was going to make the scene powerful, but then as soon as I yelled, cut, I needed them to be smiling and bursting with positive energies to help both myself, and those actors that have to have to do it over and over again. And it was pretty awesome. I mean, whenever the car was being pulled back in first position, those hundred and 50 people were all waiting and cheering and smiling. They did the wave, you know, as we drove by. The kids … had their own individual shots. But I kept it as minimal as possible, so they didn’t have to redo that scene over and over and over again.

After shooting the scene, you know, the whole process has been quite healing. I’m gonna get emotional. And to be able to share what we all went through with people.

Thank you for sharing that.

You know, in that moment as a child, I really felt like I didn’t matter. Nobody was arrested that day. The cops did not stop anyone that day and to my 12-year-old brain [the message was] that I didn’t matter. And by being able to tell the story, and share it, I’m telling that little girl that I do matter, our stories matter, what we experience matters.  And what impact the film can have, my hope is that it’s a positive impact, but just being able to share it, and also to document that and make sure that, you know, this part of our history is not forgotten. And we need to remember history so that we don’t repeat it. And unfortunately, we’re seeing the same thing now. And that’s just so heartbreaking that this was 30 years ago.

Why use the Oka Crisis?

I think the Oka Crisis was a great backdrop because it’s a very high-end reality. But that reality represents a state of being for all of us [Indigenous people] every single day, there are microaggressions every single day, there’s racism every single day. I thought the Oka Crisis was a really great backdrop to understand the type of hostility that we’ve witnessed.And it’s not OK that we have to live with this hostility. And so if I could create stories where you can relate to us, you can connect, my hope is that you would then back us and support us as well.

Your young lead actress, Kiawentiio, is a real spark.

Yes, so I so wish that I could say that we discovered the for our movie but she actually had a had a guest starring role on the third season of “Anne With an E,” a Netflix’s show I worked on. We did a North American open casting search. She was everything that I wanted for this character, just naturally in terms of her sensitivity, her bravery, in terms of her talent, and her trust in herself.

I have another feature that I’ve also been writing for years, and I’m just about done on the polish now. It’s about two girls but they’re a bit older. They’re 15 or 16 and are immersed in an indigenous gang out in Winnipeg. That’s called “Inner City Girl.”

Yes, DC Is Already Selling Merchandise With Michael Keaton’s Batman, Because Why Not? 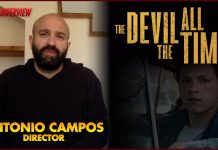 CS Video: Co-Writer/Director Antonio Campos on The Devil All The Time 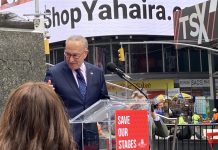 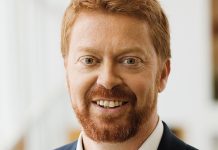 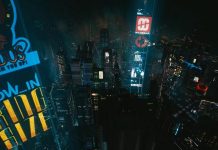 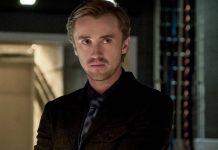 Tom Felton Performed 'You'll Be Back' From Hamilton, And Now I'm Doing All The Fantasy Casting

‘The Devil All the Time’ DP Used Dark Colors to Convey the Small-Town Good vs. Evil Battle 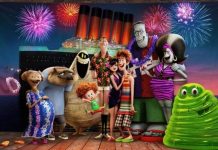 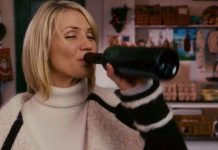 Dang, Cameron Diaz Has Already Sold A Lot Of Wine (Bet She's Drank Some Too)