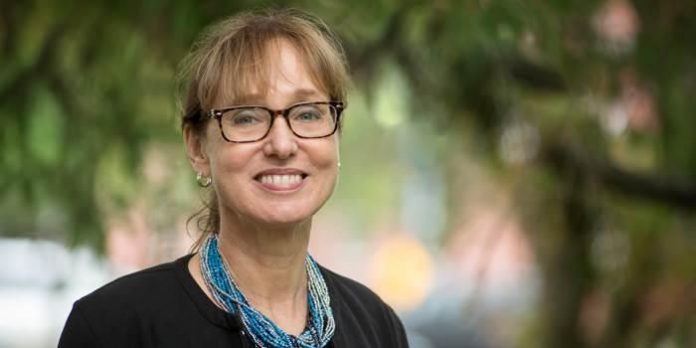 (This is the first in a series of articles about the how U.S. communities are coping with fallout from the closure of small colleges and learning institutions)

Declining enrollments in private and four-year colleges owing to demographics, the COVID-19 pandemic and tougher restrictions on foreign enrollment, such as from China, are putting financial pressure on private and four-year colleges. Some 65 colleges since 2016 have been closed or merged, or plan to do so, according to a survey published last month by the Higher Ed Dive website. Massachusetts led the way with eight schools. Underscoring a similar trend among public institutions, New Hampshire Governor Chris Sununu this month proposed that the New England state merge its two- and four-year systems.

What’s next for the cities and towns facing the loss of an economic anchor? Fallout from the pandemic “is going to put the nail in the coffin for many more of these small institutions as enrollment declines,” says Jane Kolodinsky, chairperson of the Department of Community Development and Applied Economics at the University of Vermont in Burlington.  Empty campuses and low-cost real estate may attract assets from downtowns, yet communities should avoid being “pennywise and pound foolish” by hurting those central business areas, she said. Interview excerpts follow.

Q. Do you expect more colleges to close in the future? How are communities responding to the economic fallout?

A. First, in New England, as an example of what’s going on in the nation, there has been a steady decline in the number of college-age students over the last 10 years. This trajectory isn’t going to change. In addition, many young people living in New England choose colleges outside of their home state or region.  We want to encourage students to go, see the wider world and find their path. Perhaps they will return to their “home” communities when they have their own families.  It can help the economic engine.  Many of these communities are great places to live, but we have to make sure there is employment. That doesn’t change the fact the demographics are declining in terms of college-age students, a national trend that isn’t only germane to New England. There are many universities vying a smaller pool of “traditional” candidates.

Second, residential campuses are expensive to keep up. Combine this with the cost of personnel, including both faculty and staff, and one can quickly see how lower revenues due to declining enrollments combined with increasing costs of delivering higher education result in what some call the “perfect storm” that leads to the closure of colleges and universities.

Yet faculty and staff are what keep the surrounding towns alive. You’ve got housing, restaurants, and all sorts of services. One reason for higher education expansion is that colleges and universities have traditionally been what we in community development “anchor institutions.” You don’t expect them to close. They are part of the fabric of the community. It comes as kind of a shock when something that’s typically an anchor institution closes. There are all types of ripple effects on surrounding communities —“main street” businesses close, property values can decline, and the tax base to support community services decreases.

There are a host of reasons why institutions close, just like there a host of reasons why businesses close — declining university enrollments are just one. With declining enrollments, we can no longer support our facility and staff with tuition dollars. We saw, in New England, closures of these smaller institutions, had already begun pre-COVID. They had little choice: expenses had increased and revenue decreased. They couldn’t meet their expenses and so “went out of business.” We’re facing it right now with Northern Vermont University, which did actually merge a couple of campuses. Once these institutions close, you have empty real estate and all of the economic engines surrounding these institutions have no more customers.  You begin to have community decline, potential blight, and a hollowing out of the community.

Of course, COVID has exacerbated everything. Institutions of higher education have pivoted (quickly) to remote learning, but remote learning is not for every student. While we do not know for certain what will occur in the next few months, some students may not return, exacerbating the decline in student enrollments that has already begun.

What’s a community to do when an anchor institution closes? Some communities begin differentiating their base and repurpose buildings for other uses.  For example, at for former Green Mountain College an investor is rethinking education for a sustainable future, including agriculture. The College of St. Joseph is talking about elderly housing. Communities must find another economic engine to take over the bricks and mortar of a college campus.  If done well, another anchor institution will fill the role of the former college or university. While that can help communities be resilient, it does not help the institution that closed.

Q. Have there been any successes with this kind of conversions?

A. Success has yet to be seen. It’s very difficult to bring in a new or a different business. If you put all of your eggs in one basket to replace that institution, a community may face the adage, “what happens to the one-horse town when the one-horse leaves?”  There are historical examples. The woolen mills of Winooski, Vermont were seen as anchor institutions. Yet, they did close and along with closures came desolation in the community. It’s never a good idea in community development to develop a town with one horse. That is cliché, but everyone understands what happens to a one-horse town when the one-horse leaves. You become a boom and a bust community.  What you want is longevity in the community. You want to spread out the types of businesses that fit with the culture of that community.

I think there is light at the end of the tunnel when it comes to COVID, but I (also) think it is going to put the nail in the coffin for many more of these small institutions as enrollment declines.  If these institutions were facing financial difficulty before COVID, even if they boost 10% of their enrollment after, they may not be able to meet their expenses.

Q. So what is the light at the end of the tunnel?

A. Institutions will become leaner.  Some will close, leaving survivors with more applicants. The successful institutions will adapt and figure out what the new economy is going to look like.

Q How about communities?

A. We may see an influx into these very attractive, smaller communities, especially in New England, of people from large metropolitan areas such as Boston and New York City who can now work from anywhere. Their employers see them as able to work remotely. Whereas we seen an out-migration in New England for several decades, we might see a turn around. While remote learning may not save some college and university campuses, remote work may help save smaller communities that offer other amenities.

These new residents are employed. If they adapt to living in a smaller community, they still will likely desire to go out to a restaurant, post-COVID. They still need a place to shop. They need some entertainment. They love nature. There is a chance for a whole host of other industries and services to develop in these communities. That’s one hope that I have.  If you think about a college town, it’s residents typically have higher educational attainment compared to non-college towns.  When colleges close, you can experience “brain drain.”  But with people now being able to telecommute — I really do think this is the future of business and the future of work – that brain drain doesn’t happen. Those communities actually import “brains” to a community.

Back to the College of St. Joseph example, repurposing some of the campus for assisted living may be a smart choice because our population is aging. Communities need excellent facilities and professionals to care for our older population and elders do prefer to age “in place.”  This may not be right for every community, but every community needs to look at itself and see what’s right for its assets, its culture, and its geography. In community development, we consider community capitals – cultural capital, political capital, financial capital, human capital, built capital, social capital and natural capital. When we work with communities, we ask them to look at what their assets are and build their economic infrastructure around their assets. For example, ski towns are built around natural capital. Higher education is built around human capital.

Q. The city of Rutland, which has been fighting drug problems, is looking to boost its downtown area and encourage residential housing. Yet now that most of the real estate around closed College of St. Joseph’s is vacant, the Rutland Free Library – a downtown area icon city – is looking to work with a Florida real estate developer (Heartland Communities of America) and move out to that campus on the outskirts of the city. It seems like a contradiction with the city’s other goals.

A. That is an interesting point. Again, we can look to history to hypothesize what the implications may be on a downtown. I will use the Walmart or “malling of America”

analogy. Downtown centers are desirable for many reasons— economic, social and cultural, for example. You’d really like a vibrant downtown center where people can live, work and play.  We saw in the 70s, 80s and 90s Walmarts and malls were built on the outskirts of community centers. Downtowns faced a decline in “people traffic,” businesses closed and in the worst cases, come communities faced a “boarded up” Main Street.

I suggest that the (community) developers look at history. The case of the closing of an anchor institution such as a college or university is only the current example.  The same thing happened with the development of retail outside of downtown. There are lessons that can be learned from that. If you start moving services and people out of the downtown area, you cannot expect that downtown will be attractive, vibrant, and economically viable. So, moving a library out of downtown may fix the one problem of elder access, exacerbate a problem that has been with us for a long time——the routing of downtowns.

We also used to talk about the loss of the downtown grocery stores as larger stores were built outside of downtown. There’s an analogy with campuses. Campuses that close might have to be sold for fire sale prices, and it becomes more attractive to develop there.  But that could very well be pennywise and pound foolish for communities to encourage.  You have to have enough of a population base and enough people to support a both a suburbia and a downtown in those cases. Smaller communities in New England currently do not have a population to support that. So, we have to be creative and smart about community development. Communities need to put really smart people in the room to develop former campuses (and other industries that close) in a way that fits the character of the community, while not at the expense of the downtown core.

How To Make Yourself Robot-Proof 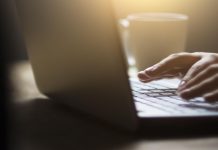 It Is Time To Re-Evaluate Your Digital Learning Strategies

Set children free: are playgrounds a form of incarceration?

Teachers to get sweeping powers to decide exam results in England 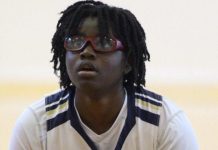 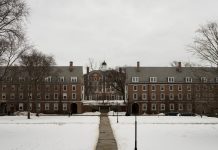 Inside a Battle Over Race, Class and Power at Smith College 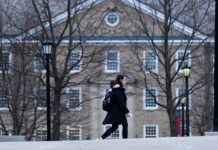 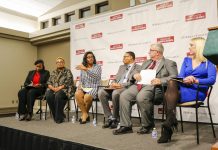 'It's broken me': UK students on financial strain in the pandemic