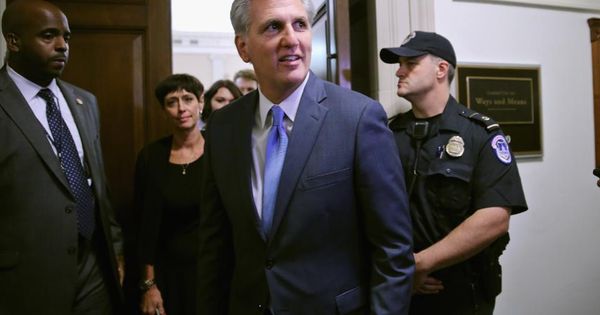 In a clear break from conservatives and Republicans skeptical that human emissions are warming the planet, the highest-ranking leader of the House of Representatives is urging Republicans to advocate nuclear energy and natural gas as core solutions to climate change.

“Some [conservatives] insist no action is necessary, whether because the left is wrong (they are) or the environmental challenges do not exist or are overblown,” said House of Representatives Minority Leader, Rep. Kevin McCarthy (R-CA), in a statement.

“To be sure, the left and the media have lost their way propagating doomsday,” adds McCarthy. “But as countries like China continue to lead the rise in global emissions, prescribing nothing in the way of sensible environmental policy is a bad approach.”

As a Democrat who has been seeking bi-partisan solutions to climate change for over a decade, I was thrilled to see the statement by Leader McCarthy.

In January I testified before the House Committee on Science, Space, and Technology where I pointed out that while there is no scientific evidence supporting apocalyptic claims, climate change nevertheless poses risks to human societies and natural environments, and that the best solution was a “Green Nuclear Deal.”

In his statement, McCarthy criticizes the extreme nature of the Green New Deal promoted by Sen. Bernie Sanders as a threat to the American economy.

McCarthy points to research by my organization, Environmental Progress, which found that electricity prices in renewables-heavy California rose seven times more than they did the rest of the U.S. “We can’t afford to enact these radical policies across the country,” he said.

Natural gas reduced emissions 11 times more than solar energy and 50 percent more than wind energy in the U.S. And the unreliable nature of renewables means that they do not substitute for fossil power plants like nuclear plants do and instead must be backed up by natural gas or hydro-electric dams.

Globally, nuclear energy produces nearly twice as much electricity at half the cost. And nuclear-heavy France pays little more than half as much for electricity that produces one-tenth of the carbon emissions as renewables-heavy, anti-nuclear Germany.

Despite the outsized role played by nuclear and natural gas, Democratic presidential front-runner Bernie Sanders is calling for eliminating both technologies and relying entirely on renewables.

Experts agree that eliminating natural gas and nuclear would made climate mitigation far more difficult. They provided 56% of US electricity in 2019, or 37% and 19%, respectively.

Graves’s office points to data showing that carbon emissions from electricity likely declined more without cap and trade climate legislation than it would have had the legislation passed.

“Our continued innovation through these unrivaled investments — not new federal taxes, regulations and mandates — is the only way to deliver solutions that not only further reduce U.S. emissions,” said Rep. Graves, “but also provide affordable and exportable solutions needed to reduce global emissions.”

Indeed, in 2009, the Los Angeles Times reported that cap and trade would have resulted in more coal being burned in 2020 than if the legislation were not passed. Cap and trade legislation died in the Senate in 2010.

US electricity sector emissions decreased 34 percent from 2005 to 2019, including an astonishing 10 percent in 2019, which is the largest year-on-year decline in history.

By contrast, the Obama administration’s proposed carbon regulation of the power sector, the “Clean Power Plan,” proposed emissions reductions of 32 percent — by 2030.

In his statement, McCarthy points to the role of natural gas in reducing emissions. “This energy renaissance was made possible by exactly the policies Republicans are advocating for today: federal investments in innovation coupled with a robust private sector with the freedom to deploy new technologies,” he writes.

McCarthy advocates increasing exports of natural gas around the world, both to reduce emissions and to compete with Russia. “Increased American production of cheaper and cleaner gas will supplant dirtier Russian oil currently purchased by our allies and other nations.”

Conservative advocates of climate action praised McCarthy’s statement. “Leader McCarthy and the conference are focusing on solutions that can make clean energy more affordable while preserving economic growth and reflecting the global nature of the challenge,” said Rich Powell, Executive Director of ClearPath. “Any debate on climate change must be rooted in political and technical realism, as well as economic competitiveness.”

The next obvious step for Republican leaders is to advocate a Green Nuclear Deal to take nuclear from today’s roughly 20 percent of electricity to 50 percent in 2050. Today, the US risks losing 50 to 75 percent of its nuclear plants, due to over-regulation of nuclear energy from the 50 year-long war on nuclear. 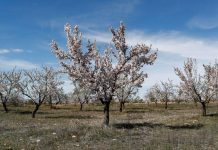 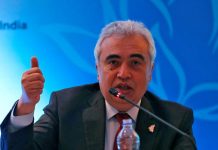 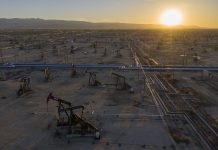 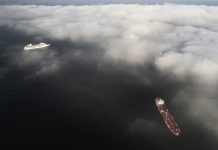