The prospect of a second wave of coronavirus infection across Europe is no longer a distant theory, according to the director of the EU agency responsible for advising governments – including the UK – on disease control.

“The question is when and how big, that is the question in my view”, says Dr Andrea Ammon, director of the European Centre for Disease Prevention and Control (ECDC).

It has been the unenviable task of scientists to tell it as it is through the coronavirus pandemic. While politicians have been caught offering empty reassurances, the epidemiologists, a job description fresh to many, have emerged as the straight shooters of the crisis, sometimes to their detriment.

Ammon, a former adviser to the German government, is as Teutonically frank as one might expect in her first interview with a UK newspaper since the crisis began.

“Looking at the characteristics of the virus, looking at what now emerges in from the different countries in terms of population immunity – which isn’t all that exciting between 2% and 14%, that leaves still 85% to 90% of the population susceptible – the virus is around us, circulating much more than January and February … I don’t want to draw a doomsday picture but I think we have to be realistic. That it’s not the time now to completely relax.”

Earlier this month the former hospital doctor, who worked through the various levels of healthcare bureaucracy to be become ECDC director in 2017, announced that as of 2 May Europe as a whole had passed the peak of infections. Only Poland is technically not yet there, she says.

European governments started easing their lockdown restrictions, some to the extent that bars and restaurants will soon reopen, others rather more tentatively. Boris Johnson has tweaked his message to Britons from stay at home to stay alert and is seeking to usher pupils back into schools in a fortnight.

Ammon’s job is to scrutinise the fallout and catch an up-tick of infections early. Talking through Skype from her kitchen at home, from where she has been working remotely for the last two months, she insists a disastrous second wave is not inevitable if people stick to the rules and keep their distance but there is precious little else to reassure those anxious about a rise in cases.

As of Wednesday 158,134 people have died from Covid-19 in the EU and the UK, Norway, Lichtenstein and Iceland, and the numbers are likely to have been hugely under-reported, Ammon says of the countries she monitors and advises.

A total of 1,324,183 cases of infection have been reported. Among those is a member of Ammon’s own staff. Only a skeleton group of fewer than 10 now work in the agency’s office in Stockholm.

“Part of our crisis team that needs to be there because they need very close cooperation. But they’re they’re sitting wide apart. Honestly. We have to do what we preach.”

Ammon recalls that it was only in late January that it had become clear that a novel virus causing a cluster of deaths in the Chinese city of Wuhan could be transmitted human to human, with initial concerns focusing on the possibility of the disease spreading through imports.

As the extremely contagious nature of the virus emerged, the ECDC advised governments on 26 January to strengthen the capacities of their health services for fear of them being overwhelmed as was shortly to be the case with tragic results in Lombardy in northern Italy.

“We did really emphasise that these plans have to be updated. And in particular, the hospital preparedness needs to be looked at how to make sure to have a surge capacity for beds, in general, but also in particular for intensive care unit beds.

“I think what what turned out is that [the governments] underestimated, in my view, the speed of how this increase came. Because, I mean, you know, it’s a different situation if you have to look for an increase capacity of beds within two weeks or within two days.”

Ammon believes that when the inevitable inquiries look into the twists and turns of the crisis, the return of holidaymakers from Alpine skiing breaks in the first week of March will be seen as a pivotal moment in the spread of Covid-19 into Europe.

“Because at that time we saw that new cases all over Europe [and] actually [they] had been in the skiing places in the Alps, in Italy, Austria. I mean this is a crowded place, the ski resorts, and then you have these cabins that you go up the mountain and these are really crammed. Yeah, it’s just perfect for such a virus. I mean I am pretty sure that this contributed to the wide spread in Europe.”

Lockdowns followed – a theoretical possibility in the pandemic planning that few believed was feasible. “I remember when China put the lockdown to Wuhan, people told me, ‘Look this wouldn’t be possible in Europe.’ Hmm”.

Now the lockdowns are straining the public’s tolerance, she says, but questions whether they still came in too late and that swifter action could have saved more lives. “I believe if we would have put in these measures earlier, it might have been possible, but … these measures are so stark, I mean they are so out of our experience that it, I think it needed … unfortunately the situation in northern Italy to make everybody clear that it is necessary.”

Ammon now believes the battle with coronavirus will be a long haul. “I don’t know whether it’s forever but I don’t think it will go away very quickly. It seems to be very well adapted to humans.”

She has little sympathy for the argument put forward by some including former supreme court judge Jonathan Sumption that merely shielding the elderly would have been sufficient.

“People who are perfectly healthy are also getting severe illness and they die. Knowing what we have seen in Europe with approximately 10% of the population [infected] I think there is for me not an option to let this go. If the the other 90% would have come as well, I think we don’t want to think of this”. 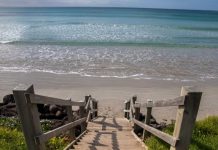 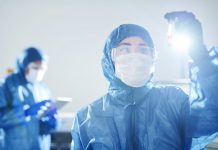 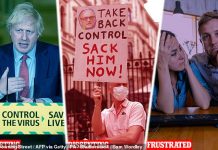 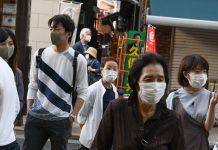 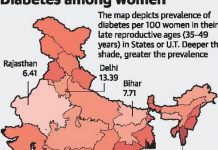 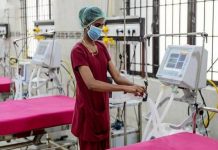 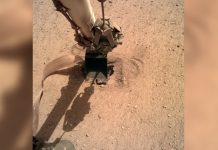 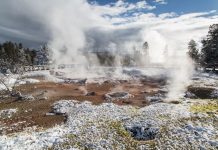