Sleepers often make or break fantasy pools. If you land players in the later rounds of your draft who produce as well as players picked several rounds earlier, you earn a significant advantage over your competition.

We often like to think of the ideal sleeper as the sexy breakout rookie, but – say it with me if you know the refrain by now – not all rookies are sleepers, and not all sleepers are rookies. If everyone is hyped for a particular freshman, his average draft position (ADP) might skyrocket. Not only will he not be a sleeper, but you’ll have to reach to get him. Goaltender Spencer Knight, for instance, has incredible long-term potential in the Florida Panthers’ net. Right now, though? He projects to own a smaller slice of starting pie than his $10-million teammate Sergei Bobrovsky. Yet the Knight buzz has pushed his Yahoo ADP to a whopping 85.0, making him the 17th goalie off the board on average. He’s a backup being picked ahead of stalwart starters such as Jordan Binnington and Thatcher Demko. That, my friends, is not a sleeper. Don’t assume all rookies are.

I define fantasy sleepers under these criteria:

I’ve cross-referenced my top 250 fantasy player rankings for 2021-22 with the current Yahoo ADPs to identify sleepers. Casual drafters and/or autodrafters rely on default rankings, so I’m here to help you take advantage of them. Last year, if you followed my sleeper advice, you may have stolen Kirill Kaprizov.

Here are my top 10 sleepers for 2021-22, in alphabetical order, based on ADP data from Yahoo. Don’t forget that my definition of a sleeper isn’t conventional. A sleeper doesn’t have to be an obscure name. He’s simply a player being drafted far later than he should be.

The sample size was just 14 games, but, wow, was it exciting. Racking up six goals and 18 points with Iowa Wild, Boldy made the AHL transition look easy. He also tore it up with 31 points in 22 games for Boston College before turning pro – and buried five goals in seven games to help Team USA win the 2021 world juniors. All that happened last season alone. Boldy is a pure scorer whose best attributes are his hands, shot and all-around offensive vision. The Wild have established themselves as a fringe Western Conference contender thanks to their defensive play and goaltending but need another net-filler to complement Kirill Kaprizov and Kevin Fiala. Boldy is that player. He’s already shown chemistry with fellow mega-prospect Marco Rossi so far in training camp. Boldy isn’t a lock to make the Wild, but he’s worth a stash regardless. If he makes the team, he could challenge the Montreal Canadiens’ Cole Caufield for the rookie goal-scoring lead this season.

Don’t be discouraged that Byfield spent most of last season in the AHL after going second overall in the 2020 draft. Despite his considerable, Eric-Lindros-like upside, Byfield was always considered a raw prospect who needed more time to get NHL ready. A season in the AHL and repping Canada at the WJC did him good. Also doing Byfield good: the Kings signing UFA center Phillip Danault to a long-term contract this off-season. Danault and No. 1 pivot Anze Kopitar can handle all the difficult checking responsibilities, leaving Byfield, who has impressed coach Todd McLellan so far in camp, as the favorite for third-line center work if he can beat out Gabe Vilardi. At 6-foot-4 and 215 pounds, Byfield is a matchup nightmare for any checker, and he’ll enjoy insulated matchups to boot. He has a sneaky-exciting path to a big rookie season.

There isn’t a massive discrepancy between my rank and Drysdale’s ADP, but it’s possible I’ll bump Drysdale higher in subsequent additions of my rankings. His opportunity is just so juicy. The Ducks have been the worst power-play team in hockey over the past two seasons combined, and the smooth-skating, intelligent, evasive Drysdale has the exact skill set they crave. He does a lot of the same things Colorado’s Cale Makar does well. Drysdale got 24 games of NHL experience to wet his beak last season and belongs on every Calder Trophy shortlist for 2021-22. If you like to wait on defensemen in your drafts, Drysdale is a perfect mid- to late-round target.

I’m not one to base fantasy advice off non-analytical hunches, but I also believe the best fantasy GMs are open-minded, so hear me out on Dubois. Yes, nine goals and 21 points in 46 games qualify as a massive disappointment for a player of Dubois’ pedigree. At the NHL Player Media Tour a couple weeks ago, however, I spoke with Dubois about the his struggles, and it was illuminating. He detailed the challenges he had getting his body into proper game shape because of complicated COVID-19 quarantine restrictions after the Columbus Blue Jackets traded him to the Winnipeg Jets early in the 2020-21 season. He estimates it took him half a season just to feel up to speed. An in-shape Dubois will be much better positioned to play to his potential in 2021-22, and last season’s ugly stat line has dropped his ADP in fantasy pools. That makes him an intriguing buy-low selection. He’s still only 23.

How is Garland is slipping by unnoticed in so many drafts? Across the past three seasons, logging 14:53 per game, he placed 28th among 388 forwards (min. 1,000 minutes) in 5-on-5 goals per 60, 70th in 5-on-5 points per 60 and 26th in 5-on-5 shots per 60, per naturalstattrick.com. He did damage on some punchless Arizona teams in which his most frequent linemates over that three-season sample were Nick Schmaltz and Christian Dvorak. Now, he joins a Canucks team loaded with dynamic young talent that has been known in recent years for playing one-way hockey. So far in camp, Garland’s linemates have been J.T. Miller and Vasili Podkolzin. That alone is an exciting deployment for fantasy purposes, but what makes Garland extra appealing is that, whatever the permutations are in Vancouver’s top nine, he’ll have quality support. Because he can play either wing, he could even get a look with Elias Pettersson and Brock Boeser at some point – or play on a Bo Horvat line. Garland just has so many paths to posting career-best numbers in 2021-22.

Mittelstadt’s fantasy value follows a rollercoaster pattern. A few seasons ago, our Future Watch panel of scouts and NHL executives ranked him as the No. 1 NHL-affiliated prospect in hockey. He was fresh off winning the world juniors MVP at the time. But the Sabres made the Ryan O’Reilly trade the ensuing summer, Mittelstadt got rushed up the depth chart too quickly and forced into No. 2 center duty, he lost his confidence, and he ended up playing more AHL games than NHL games in 2019-20. Last season, however, with Jack Eichel out of the lineup and Don Granato taking over as interim coach, Mittelstadt rediscovered his confidence and scoring touch, notching 16 points in his last 21 games.

There’s no resolution in sight to the Eichel surgery situation, and trading Sam Reinhart, who played a lot of center down the stretch last season, further removed veteran insulation from the lineup, so there’s understandably an aversion to picking Buffalo forwards in pools right now. But drafters shouldn’t shy away from Mittelstadt. Even if Dylan Cousins vaults ahead of him for the No. 1 center job, Mittelstadt is Buffalo’s No. 2 pivot at worst. He’s free money in pools, one of the cheapest scoring-line centers available in drafts. With his puck skills and vision, he can push for 50 points, easily. He’s especially appealing if your league doesn’t count plus-minus as a stat.

A first-round pick excels in the NCAA and the AHL, gets called up to arguably the most talented team in hockey in time for the playoffs and, the ensuing fall, is ticketed by his coach to play in the top six…and he’s barely being drafted at all? If your league has already drafted and Newhook is sitting on the wire, stop reading and run to add him. We want any piece we can get in Colorado’s fantasy ecosystem, especially one with legitimate prospect juice and a slashing, high-motor style reminiscent of Brayden Point’s.

Newhook isn’t a lock for the top six, as Vladimir Nichushkin is also in the mix, but Nichushkin functions as a defense-first player. Coach Jared Bednar has indicated he wants to give Newhook looks on a scoring line, and it’s possible Newhook doesn’t relinquish that role once the Avs see him there.

The kid’s going to be a star. It’s only a matter of time. He’s a home-run hitter with the ability to go end to end on any given rush. He experienced a typical a learning curve as an 18-year-old NHLer, overshadowed by some of the older rookies on his team, but his stat line still projected to 19 goals and 45 points in an 82-game schedule – with roughly two shots and one hit per game, giving him combo-meal potential in fantasy. Going into his age-19 season, 19-26-45 feels like a reasonable floor. It’s larceny to see him going in the 15th round of 12-team drafts.

Back to the Knight example at the beginning of his article. Knight, a top-end prospect at his position, projects to start about a third of his team’s games and is going in the eighth round of 12-team leagues on average. Swayman, a top-end prospect as his position, projects to battle new teammate Linus Ullmark in an open competition that could begin as a 50-50 split…and Swayman is going in the 12th round. Swayman has a much more realistic path to short-term playing time and will do so with a consistently elite defensive team playing in front of him.

Shouldn’t Verhaeghe have been a sleeper last season? Wasn’t that his breakout year? Not according to drafters, who are disrespecting the man after he established himself as a 5-on-5 force playing with Aleksander Barkov in 2020-21. Verhaeghe placed in the 94th percentile in goals per 60 and the 91st percentile in points per 60 among forwards with 500-plus minutes at 5-on-5. All this guy has done in his hockey life is score. He did it in major junior. He averaged two points per game one year in the ECHL. He won the AHL scoring title. He’s established in a vital scoring-line role with the Panthers and, with Reinhart joining the top line, Verhaeghe’s production might even improve. Why, then, is he being drafted after players like Brandon Tanev and Jesperi Kotkaniemi?

Some ADPs create sleepers. These ADPs exist on such distant planets that I can’t even analyze them as sleepers. Are drafters’ computers glitching? What’s going on with these?

THOUGHT THEY WERE SLEEPERS, BUT THE SECRET’S OUT

I assumed these players would crack the sleeper list, but their ADPs sync up with my rankings, meaning they aren’t falling later than they should in drafts. Still, they’re players I want:

These players are must-owns in all keeper leagues but might be available to be stashed away in redraft formats. Several of them aren’t locks to make their teams but carry far more upside than veteran waiver-wire fodder: 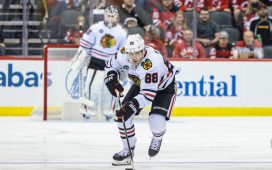 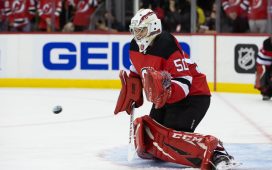 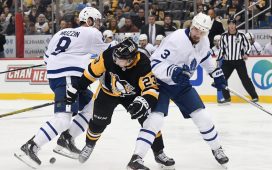 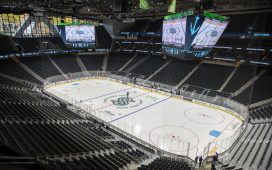 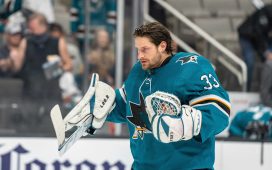 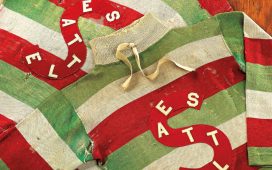 The History of Hockey in Seattle 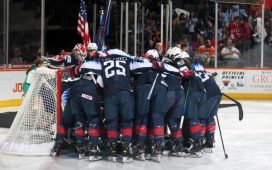 My Why Tour, Presented by Toyota, Headed To Hartford Monday 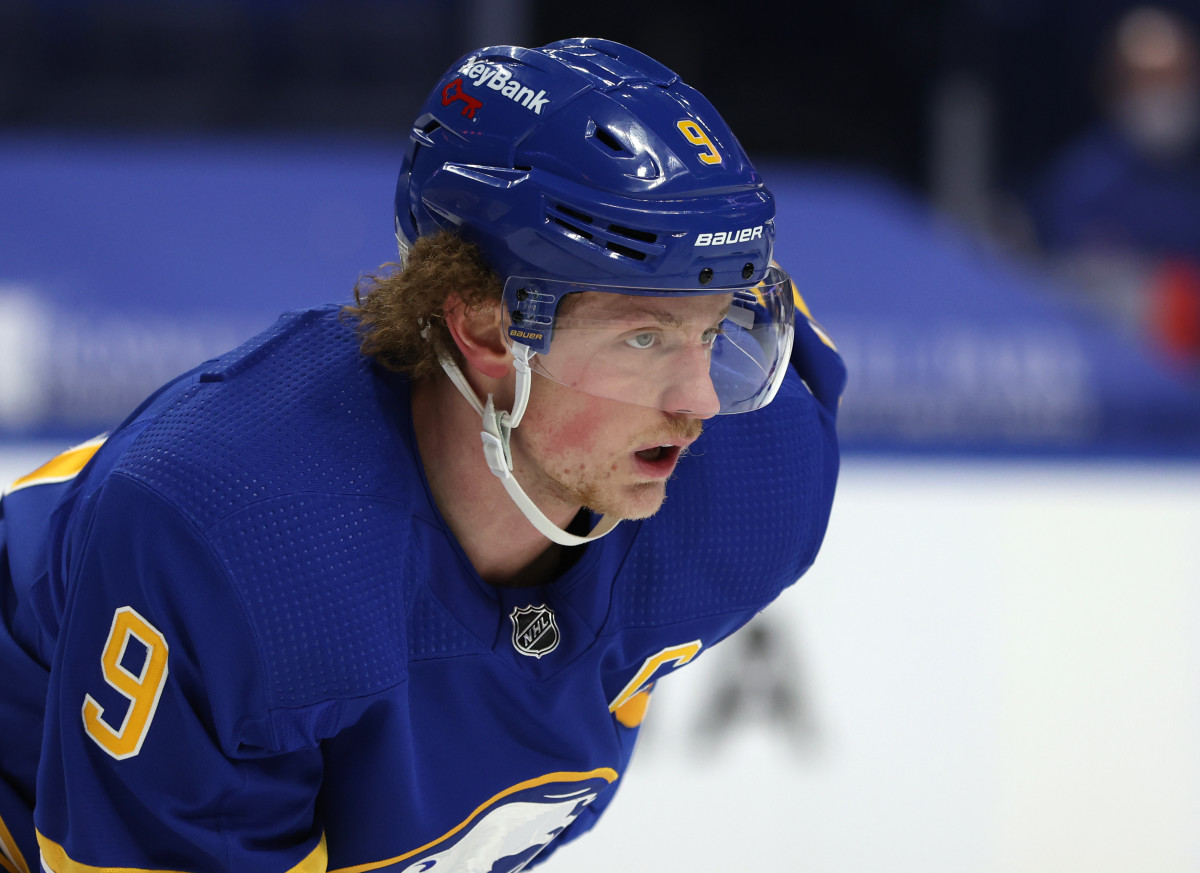 How Will the Jack Eichel Situation Affect the Next CBA?