It is fair to say that the Tomb Raider series has gotten a good amount of inspiration from Hollywood movies over the years. But then again, we can say that about pretty much any AAA video game released today from the likes of Microsoft and Sony.

RELATED: Games To Play If You Like Tomb Raider

This has only become more evident in recent years as the rendering capabilities of gaming consoles continue to grow. And the Tomb Raider games have been able to take advantage of that power to replicate some of cinema’s finest moments in video game form, from the rope-swinging thrills of Indiana Jones to the jaw-dropping spectacle of Jurassic Park. When we look back on the series as a whole though, certain action sequences stand above all the others. Here are a few of the ones we consider to be the most memorable.

Note: There are spoilers for some key setpiece moments across the entire Tomb Raider series ahead.

The original Tomb Raider game has a lot of thrills, no doubt. But none was as memorable as watching the T-Rex materialize out of thin air as the player approached it. Most of that was down to the limitations of the hardware of course, but it was still quite remarkable by 1996 standards to see an enemy that big rendered in a 3D game.

The sequence was given an even more cinematic facelift in Tomb Raider: Anniversary, a remake of the first game released in 2007. The boss fight in the remake was fleshed out with some additional gameplay mechanics. These included quick-time events (which were all the rage at the time) and some slow-motion dodge rolls, adding to the overall intensity of the encounter.

Tomb Raider: The Last Revelation was originally envisioned as an end to the entire series, after three back-to-back games tracing Lara Croft’s globe-trotting adventures. So it makes sense then that the developers at Core Design wanted to give her one hell of a send-off in what they’d planned to be her final game.

RELATED: Tomb Raider Timeline: All Games And The Years They Were Released

There were several setpiece moments scattered throughout this particular adventure, but the one that comes to mind first was when she arrived at the Great Pyramid. Everything from the atmospheric lightning storm raging in the skies above, to the crumbling boulders rolling down the pyramid, created this sense of equal parts dread and wonder. Add in the barrage of scarab beetles trying to prevent your ascension, and the trickiness of the ascension itself, and you get one of the more cinematic moments in the game.

3
Fighting The Bear – Rise Of The Tomb Raider

Lara Croft has faced her fair share of raging wild animals trying to maul her to death, from packs of wolves to ferocious Bengal tigers. She even faced off against the mighty T-Rex in her very first adventure (as highlighted in a previous entry), so yes, she’s been through a lot.

Yet something about her encounter and subsequent fight with the bear in Rise of the Tomb Raider comes to mind when recounting her various encounters. Maybe it was the unexpected way the scene was set up, amidst everything else that was going on, or the stunning way the bear itself was rendered. Whatever the case, the scene certainly calls to mind a similar one in the movie, The Revenant, a film best known for finally earning Leonardo DiCaprio his first-ever Academy Award.

The 2013 reboot of the Tomb Raider franchise had certainly plucked a few pages from the playbook used by the Uncharted games, having been released in the wake of the success of the first three games in that other series. Which explains why the game has an overabundance of setpiece moments to choose from.

RELATED: Uncharted: The Best Action Sequences In The Series, Ranked

Out of all the last-minute leaps and ledge grabs found in the game though, Lara having to outrun a crashing plane easily counts as the most spectacular one. The way the scene smoothly transitions from cutscene to gameplay and back again speaks to the remarkable design of the entire sequence. It was certainly on par with some of Naughty Dog’s finest action scenes, if not even better in some regards.

1
Avenging Jonah At The Refinery – Shadow Of The Tomb Raider

Speaking of smooth transitions between cutscenes and gameplay, nowhere has that technique been executed better in the reboot trilogy than in Shadow of the Tomb Raider’s famous refinery scene.

Having learned that her good friend, Jonah, had been killed by Trinity mercenaries, Lara Croft decides to take out her anger on them in her attempt to retrieve his body. What ensues thereafter is a series of events that would involve some clever platforming while avoiding enemy gunfire, as well as the game’s most iconic shot of Lara raising from the depths of flaming water. The sequence works on so many levels, from its tight gameplay to the great voice acting, resulting in one of the most emotional moments in the entire reboot trilogy.

NEXT: Which Tomb Raider Games Are Canonically Connected?

Forza Horizon 5 addresses you by the name on your Microsoft account, but for some trans players, that has unexpected consequences.

Michael Abayomi was born in Lagos, Nigeria. He shares a passion for books, movies, music, and video games. You can check out @michaelabayomi on YouTube, Twitter, or Instagram for more of his geeky adventures. 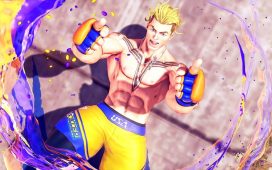 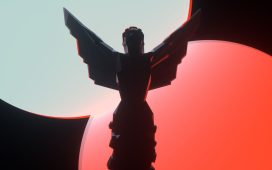 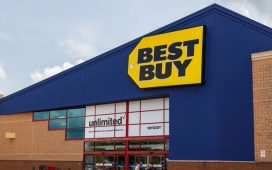 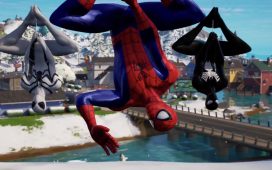 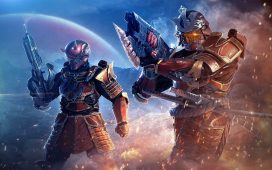 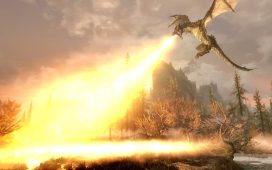