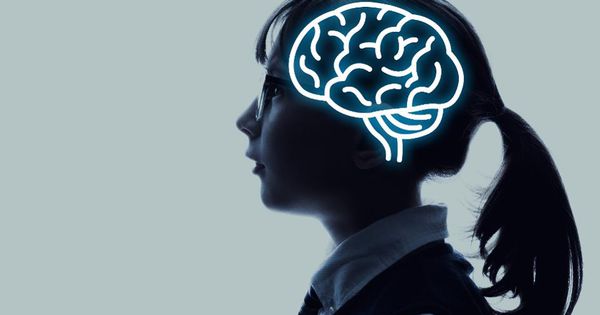 New York City has an extensive network of programs for “gifted and talented” students, most of whom turn out to be white or Asian. A new report aims to make the system more equitable by getting rid of the programs, but it overlooks a root cause of the imbalance in academic achievement.

Earlier this year, there was a wave of outrage over New York’s system of selective schools when its crown jewel, Stuyvesant High School, admitted only seven black students into a freshman class of 895. (Black and Hispanic students make up nearly 70% of the city’s school system but just 10% of those admitted to any of its selective schools.) But criticism of both the selective schools and the gifted-and-talented programs that feed them had been brewing for a while. By late 2017, it was strong enough that Mayor Bill de Blasio appointed a task force—the School Diversity Advisory Group—to figure out what could be done.

This week, the SDAG released a report that is creating a fresh wave of outrage—but from a different constituency. The panel recommended that the city get rid of its screening and tracking systems, stop using the term “gifted and talented,” and create “equitable enrichment alternatives”—because, the members explained, “we believe all students deserve to be challenged.”

No one will disagree that our education system should be equitable and that all students should be challenged. But the panel’s proposed solution will inevitably enrage the students and families—admittedly, most of them white or Asian—who have counted on being able to escape the city’s many struggling public schools by winning admission to its relatively few selective ones. In the case of low-income Asian families, that escape valve has come at a high cost: parents scrimp to pay for academic afterschool programs, where their kids spend many hours each week, year after year.

Aside from the political obstacles, the SDAG’s well-intentioned prescriptions for reform are no more likely to work than another recent attempt to create educational equity by fiat. In a mirror image of the panel’s recommendation to ban gifted-and-talented programs, several high schools in the largest school district in Maryland have decided to eliminate standard courses and put all students in honors classes. The reason: the standard classes were filled with black and Hispanic students, and the honors classes with white and Asian ones. Similar imbalances are evident in school systems across the country.

In New York, gifted and talented programs begin in kindergarten, which has led to test prep for four-year-olds. The SDAG panel is right that—with the possible exception of true prodigies—young children should not be labeled and tracked in this way. But the SDAG report only denounces elementary-level tracking that “separates students by ‘academic ability’ into different classrooms (i.e., an elementary school honors program).” It overlooks a far more pervasive problem: the tracking that goes on within virtually every elementary classroom in the country. It’s particularly entrenched in New York City, home to some of its leading advocates.

This widespread system of tracking is known as leveled reading. The theory is that each child has an individual “reading level” that can be determined by testing and could be years below her grade level. Children spend hours every week reading a random variety of books at their own levels—basically, easy enough to read on their own—supposedly practicing comprehension “skills” that are largely meaningless. Sometimes children read at a low level because they haven’t been taught to decode words in a way that is likely to work; sometimes they can decode but lack the background knowledge and vocabulary that would enable them to understand what they’re reading. Often, it’s a combination of both.

Whatever the reason, the children who start out at low reading levels are generally condemned to stay there. In most elementary schools—and especially those where test scores are low—the curriculum has been narrowed to math and reading. The result is that children who are the most dependent on school to build the knowledge that is crucial to reading comprehension—children from less educated families, who are unlikely to acquire that kind of knowledge at home—are the least likely to get it there. Without an opportunity to gain knowledge, the low readers continue reading simple books, with low-level vocabulary and concepts, while the higher readers enjoy access to increasingly more sophisticated texts. In effect, the system maintains and reinforces existing inequities.

The SDAG panel dismisses the exams that determine admission to gifted and talented programs and selective high schools as though they were nothing more than arbitrary barriers erected to keep out deserving low-income children of color. Repeatedly, the report attributes the higher test scores of whites and Asians (including many from low-income families) to “test prep,” as though the tests had nothing to do with predicting students’ academic performance.

The tests may not be perfect—I haven’t seen them—and using a single test to determine admission sounds unwise (although the switch to that criterion was intended to advance equity by eliminating possible bias in teachers’ recommendations). But the reading tests presumably assess what virtually all standardized reading tests primarily measure: not general comprehension or “test prep” skills, but general knowledge and vocabulary. If students lack the knowledge to understand the passages on the tests, they can’t demonstrate their “skills.” And broad knowledge and vocabulary are crucial not only to doing well on tests but to doing well in school and, in most cases, in life.

That’s not to say that New York’s education system is fine the way it is. The SDAG panel is undoubtedly right that there are many African-American and Hispanic students in the system who would benefit from greater academic challenges and whose potential is being wasted. But the report has nothing more specific to propose than “creative, equitable enrichment alternatives” that the city’s community school districts should be encouraged to “develop” and “implement.”

“This is not about lowering the bar,” city schools chancellor Richard A. Carranza said when announcing the report on Tuesday, “it’s about giving all of our students what they need to meet the bar.” But what is that? You wouldn’t know it from the report, but the answer is pretty clear.

Despite many months of study by the panel’s 40 members and repeated claims that its recommendations are based in research, the report fails to mention the scientific evidence that reading comprehension—and, by extension, much of academic success—is largely dependent on knowledge. And the report skirts the question of why low-income Asian students often do so well on tests; if the SDAG members had looked into the afterschool programs so many of those students attend, they might have found they don’t just do test prep—they build knowledge.

While encouraging districts to create new approaches and calling for research on “enrichment curricula,” the report also fails to note that several such curricula already exist. Instead of the standard approach of focusing on largely illusory comprehension skills, these newly developed elementary literacy curricula aim to build children’s knowledge. They guide teachers to spend a couple of weeks or more on a particular topic—rather than choosing books on random topics because they lend themselves to demonstrating “skills”—giving kids a chance to absorb information and vocabulary.

Schools that have adopted such curricula have found that virtually all children—including those of color, those from low-income families, and those diagnosed with learning disabilities—blossom and thrive. Those classrooms are the very ones the report seems to be calling for, where children at a range of ability levels join in rich discussions of complex, challenging material.

There may always be a place for selective schools or accelerated programs at the high school level. Students inevitably develop different interests and abilities, and those who are ready to zoom ahead may at some point need a particular environment to allow them to do so. But if we provide all students with a solid foundation of both knowledge and skills in elementary and middle school, those from less educated families—who, in our society, are often those from black and Hispanic families—will have a fighting chance of demonstrating they would benefit from a rarefied environment in high school. And those who don’t make it into that group, or simply choose not to apply, would still be equipped to get a solid secondary education and lead fulfilling and productive lives. 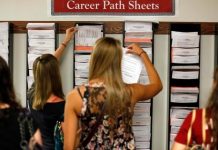 Despite What You Hear, College Pays Off 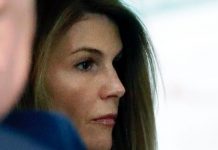 Fewer than 1% of UK university professors are black, figures show 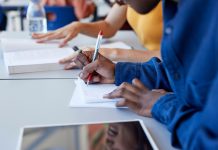 The Certificates That Pay—And The Many More That Don’t

Brain wiring could be behind learning difficulties, say experts 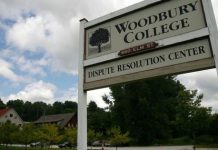 Make Mergers Of Colleges Strategic And Mainstream, Not Desperate And A Last Resort

Too few counsellors on campus: why students are turning to mental health apps