Teenage Mutant Ninja Turtles: Shredder’s Revenge is only a few days from its release on June 16. And while pre-orders for its physical version went live recently, Dotemu just announced that pre-orders went live for its soundtrack, which is releasing on vinyl (and CD for Europe, too). The company also took the opportunity to debut a snippet from a track by Wu-Tang Clan’s Ghostface Killah and Raekwon.

As was announced last week, the pre-orders are available through Kid Katana for European audiences and through Limited Run Games for North America. Both territories are getting the standard vinyl, which is €39 and $39.99, respectively. It includes two 12-inch vinyls with 28 tracks from the game, an eight-page booklet with artwork with notes from the studio, and an exclusive gatefold. The Kid Katana one also lists four colored vinyl labels (for each Turtle), but it’s unclear if that will also be included in the Limited Run Games version or if it just isn’t listed. Kid Katana also lists an estimated shipping date of October 28, 2022, but Limited Run Games hasn’t given a date. 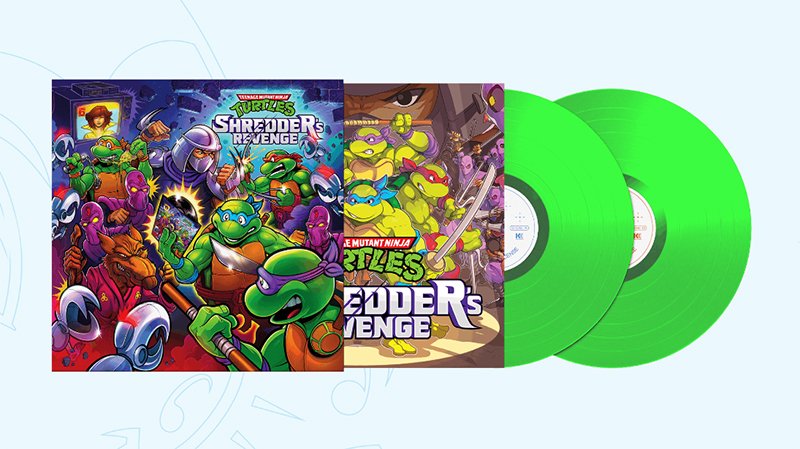 Kid Katana also has a €59 limited edition. There will only be 2,000 of these and they’ll have a pair of green vinyls and a hard cover slipcase by Zombie Yeti on top of the stuff from the standard edition. Limited Run Games hasn’t announced if its storefront will also eventually carry this version or a similar one.

Kid Katana is also carrying a €13 CD of the soundtrack that has the tracks and a 16-page art booklet. And as is the case with limited vinyl, LRG hasn’t announced if it will carry the CD. The CD, however, is in the game’s Radical Edition on LRG’s website.

Dotemu and Tribute Games have not announced the full tracklist. However, it will be streaming online when the game comes out on Apple Music, Spotify, and Deezer.

We ain’t came to lose! 🔥@Raekwon and @GhostfaceKillah (thanks to @SuperFeminaEnt) from the Wu-Tang Clan are serving the ultimate hip-hop experience in @TMNT #ShreddersRevenge! 🔥

And even though the tracklist is a secret, Dotemu revealed a few artists that will have music in the game. Wu-Tang Clan members Raekwon and Ghostface Killah have a track in the game called “We Ain’t Came to Lose,” which Dotemu posted on its Twitter page. It also has tunes from Mr. Bungle and Faith No More frontman Mike Patton. Tee Lopes did the main composition and is responsible for the music behind Sonic Mania, Team Sonic Racing, and Streets of Rage 4: Mr. X’s Nightmare, the latter of which Dotemu also developed.