Title IX turns 50: Coaches whose careers span the decades weigh in on what has changed in women's golf and what's still needed


Therese Hession competed in her first national championship in 1976, and any school that could afford to go to nationals headed to Michigan State.

“I think there might have been about 26 teams in the country,” said Hession, who graduated from Southern Methodist.

Hession has seen firsthand how dramatically the landscape has shifted over the years. In 2018, she was named director of golf for both the men’s and women’s programs at Ohio State, becoming the first woman to hold such a position at a Power Five conference. She retired at the end of last year.

As Title IX – the federal law that prevents discrimination on the basis of sex by any education program receiving federal funds – turns 50, Golfweek asked Division I coaches who played competitively across five different decades to weigh in on what has changed in women’s golf, and what still needs to change.

Here are excepts from those conversations. 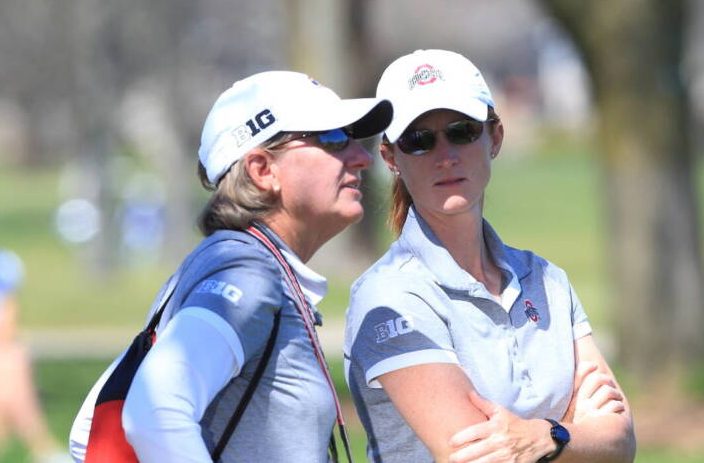 The 2016 Lady Buckeyes host their Invitational on the Scarlet Course at the Ohio State University Golf Course.

What has changed since your college days? I remember my freshman year, our golf bags, we went up to the bookstore on campus and bought stickers so that we would have our school name on our bag. Now to think they get a golf bag every year or sometimes two. We got one shirt and one pair of shorts.

I’m really happy for the kids these days, what they have, the way they get to travel.

We definitely got in the van. The first trip I think I flew in was my junior year. We went from Dallas to the Lady Gator. That was the first time that we got to fly and that was my third year in school.

What still needs to change? I think the men’s coaches are more proactive than the ladies’ coaches. That’s one thing I always tried to do was to make some special events, like that Barbara Nicklaus event at Muirfield. … that’s not necessarily the NCAA’s fault. I think that’s more creativity of the coaches for the ladies side to catch up to the men’s side.

A lot of them don’t do too much outside what they’re required to do. I see that a lot. 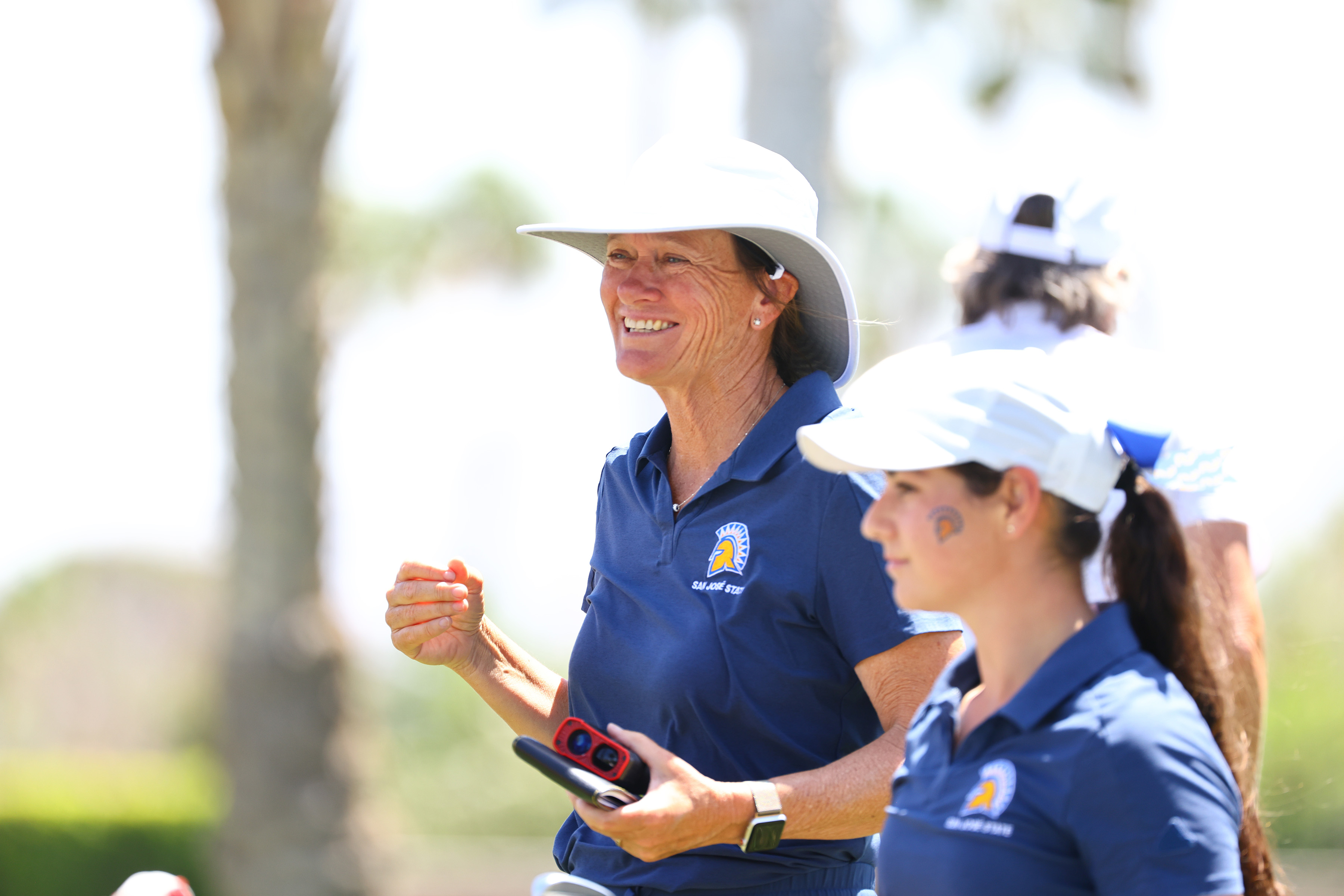 What has changed since your college days? When we won the national championship in ’87, I believe there were somewhere around 80 teams possibly at that point. That expansion of opportunities is really incredible. Obviously it makes it more competitive.

Just the resources are so different. We used to bring our shag bag out, kind of find a little spot on the practice football field and hit through the goalposts. That wasn’t all bad, but significantly different to the incredible practice facility that we have on campus. It’s like night and day.

What still needs to change? I have been doing some research recently. I think that if we look at the coaching salaries, between men’s programs and women’s programs, from what I can gather we’re probably at 60 percent. This is me digging through public databases. It’s still a long way to go, both men’s and women’s teams; we’re doing the same job. … It’s pretty disappointing to see that we’re still at that point this far into Title IX, but that appears to be the case. 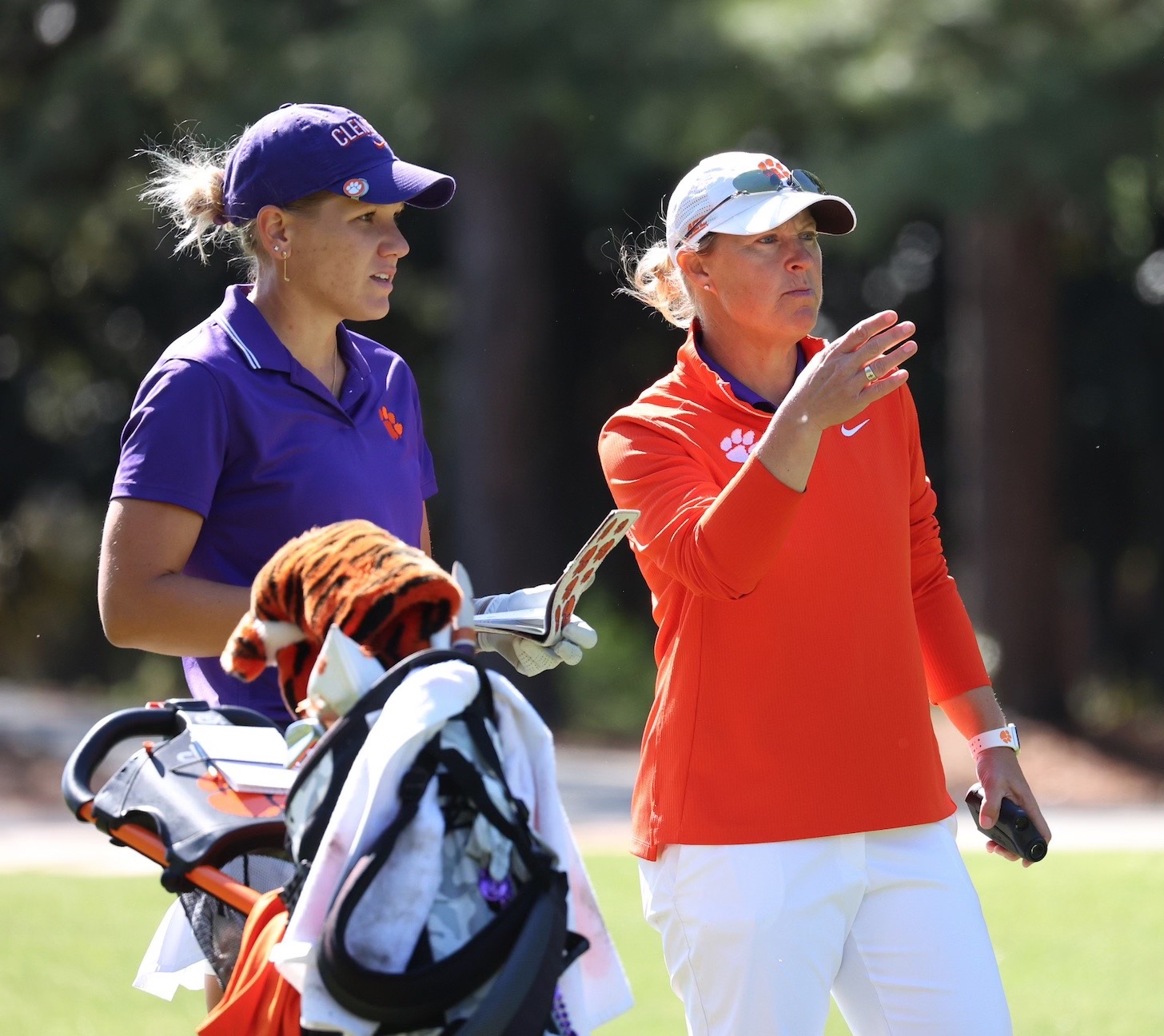 What has changed since your college days? I played at Georgia in the early to mid 90’s and at that time, I would need to check the numbers, I think you needed to shoot 75 on average to be an All-American. Just to see how far the level of competition has come. When I got to Arkansas, started there in 2002, their team had never broken 300. These things that were considered benchmarks. It’s exciting to see how those benchmarks have moved up through the years. I think it is a super exiting time in women’s athletics.

What still needs to change? (Former Georgia coach) Liz Murphey would roll over in her grave if she knew how much money we are making now. … at least we are able to live a comfortable lifestyle. My salary when I first started at Mercer was $6,500 a year in 1997.

To a large degree we don’t know what we don’t know, but there’s still certainly a lot of inequalities. … are we compensated the same way our male peers are on the men’s side?

There’s still a lot that needs to be done on the professional side, and what I mean by that is the people earning a living – whether that’s in college athletics or the professionals. 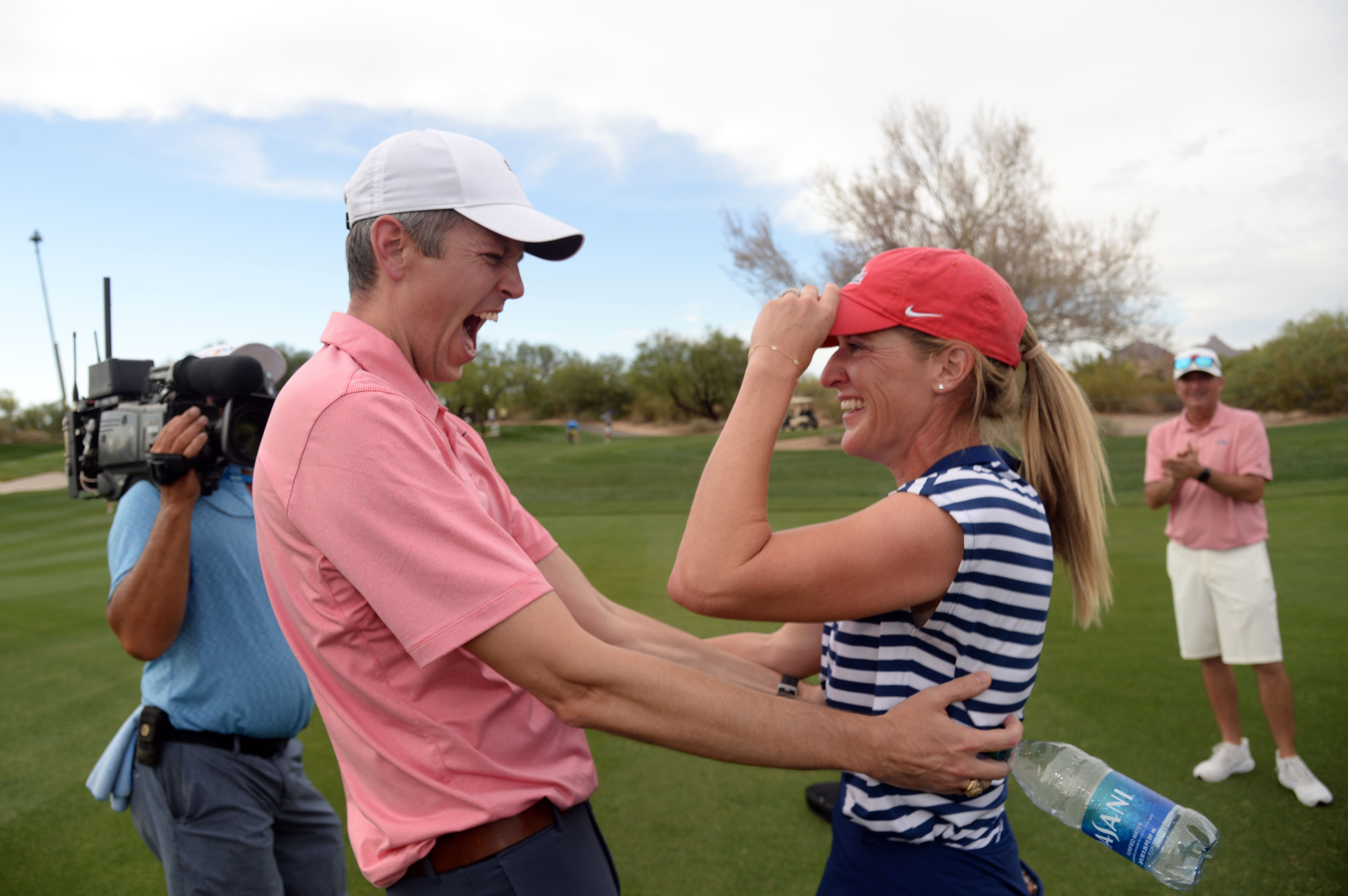 What has changed since your college days? As far as tournaments, we still do the same stuff. We didn’t get all the elaborate gifts that they get now. We didn’t have the events on television – the Darius Rucker, the conference championship, the national championship. It has grown a lot since we were in school.

The clothing has gotten 10 times better. We’re not wearing triple-pleated cuffed pants anymore and men’s golf shirts. The equipment has come a long way. You see players hit it a lot farther. I think my driver was the size of some of their hybrids.

Even the way that they train with their strength and conditioning coaches. We didn’t have that growing up. You had a swing coach, but you took this big VHS camera out to the range, put the big tape in and take it out and watch it on the blurry TV screen. It wasn’t the give-me-an-answer now.

What still needs to change? I just think it’s come so far. When you’re moving to go pro, it would be nice to see more equality in the professional ranks with the purses the players are getting. … I’ve read articles about girls having to pay for their clubs when they turn professional. If that’s the truth, that definitely needs to change. What has changed since your college days? I’m lucky where I get to coach at my alma mater. Even though the program is better than it was when I was there, I look at some of the numbers I was shooting and I was a decent player on my team, and I couldn’t have competed with these kids.

When I graduated from Xavier, I was the career-low average at 77.56. Now our career low average is 73.31, though that player is just a sophomore (Emma McMyler). If you go to the last player that graduated, it’s 75.28.

What still needs to change? There is really no maternity policy. I don’t have a paid assistant, and you’re kind of just left to fend for yourself. They asked me, what would you want us to do, and I didn’t have a good answer for them. I still want my team getting better and having some kind of guidance.

(Editor’s note: Jenco is now pregnant with her second child and plans to have her dad, the team’s volunteer assistant, step in for her next fall. There are no funds currently for him.) 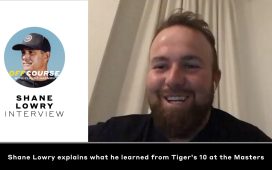 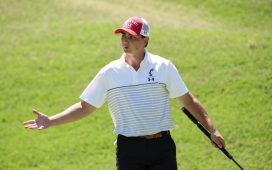 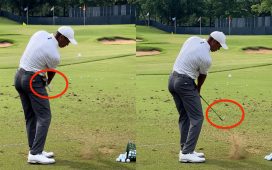 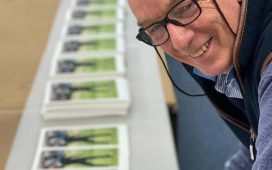 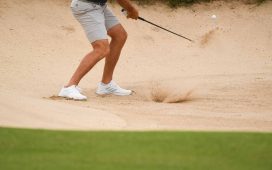 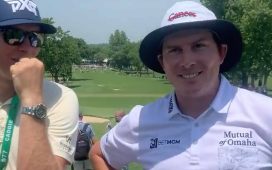 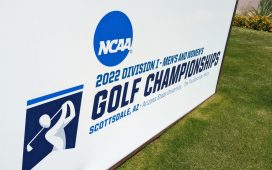 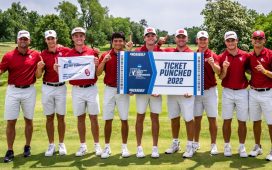