Washington latest
Washington latest > Sports > Golf > Tiger Woods shoots 74 in Ireland, says he's ready for St. Andrews: 'I want to be able to give it at least one more run at a high level'
Golf


For years, Tiger Woods has answered questions regarding the state of his health as if it were a state secret. When an interviewer at the JP McManus Pro-Am asked him how his body is doing, Woods smiled and said, “Still attached.”

Woods dusted off the rust on his game by shooting 2-over 74 at Adare Manor in Limerick, Ireland. That came a day after posting 5-over 77, which included one vintage moment for the highlight reel, a chip-in for eagle at 13.

Woods complained of jet lag but said he’s getting the right mix of rest and practice ahead of the season’s final major. It was immaterial that he finished two rounds in 17 more strokes than winner Xander Schauffele. All that mattered was he suffered no further injury.

Above all, it was good to see Woods swinging the clubs again, even if it was a hit-n-giggle exhibition where he had the use of a golf cart to limit the wear and tear on his back as he looks forward to the 150th British Open, which begins July 14 at St. Andrews in Scotland. The last time Woods played, at the PGA Championship in May, he limped home with a 79 in the third round and later that day withdrew from the tournament. Woods skipped the U.S. Open in June to give his body more time to heal.

“The plan was to play the U.S. Open, but physically I was not able to do that,” he said. “No way physically I could have done that. I had some issues physically with my leg and it would have put (the British Open) in jeopardy. There’s no reason to do that.”

He continued: “This is a pretty historical Open we are going to be playing. I’m lucky enough to be part of the past champions who have won there and want to play there again. I don’t know when they are ever going to go back while I’m still able to play at a high level. And I want to be able to give it at least one more run at a high level.”

Woods is twice a champion at the Old Course, having done so in 2000 and 2005. He kept possession of the winner’s Claret Jug for another year, by winning the title in 2006 at Royal Liverpool.

Woods noted that his legs are stronger now than they were at the PGA.

“That’s for sure,” Woods said. “I’ve been able to put in a lot more reps which is great. I still prefer riding in a cart. I’m doing that here only because I don’t need to push it right now. I’ve got a long week ahead of me and all of next week to do that. Save the legs. We can still train as hard as we do each and every day. But as far as duration on my feet, let’s try and keep that to a minimum until we have to. And then when we have to, let’s go.”

Woods isn’t taking any of it for granted – that he could even have a chance to compete again is a miracle in itself – after facing the possibility of having his right leg amputated following his serious one-car accident last February.

“It’s been worth it. It’s been hard. I’ve had some very difficult days and some days which moving off the couch is a hell of a task, and that’s just the way it is,” Woods said of the efforts to mend his body to play at the Masters and PGA. “I have my own two legs, which I tell you, I’m not going to take it for granted anymore, some people do. But people who have come close or lost a limb understand what I’m saying, but you have difficult days and also you have great days.”

Waiting on the 18th tee, Woods explained the challenge he’s endured to adjust his swing to the injuries he’s sustained.

“I’ve always been shallow, that to me is how I’ve always played,” he explained. “The problem is now with my body banged up, I can’t keep my weight on my left side. I have to stay back. I have to shift over here. That naturally puts me into a lower ball flight, but I need to be in a spinnier ball, which offsets me. So, I’m able to do it. If I go to a hard ball and I hit the same (shot), the ball is (expletive) outta here.”

Woods also confirmed that he wouldn’t be returning to the U.S. in between going to Scotland to give chase to a 16th major and fourth British Open title. But he was close to the vest as to where he would be finetuning his game in the lead-up to St. Andrews.

“I’m not going to tell you,” he said, “because I don’t want everyone coming out to watch us.” 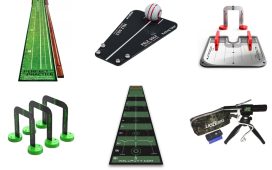 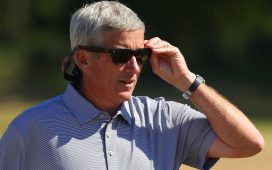 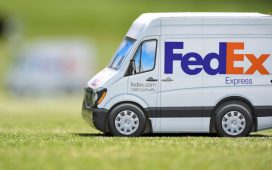 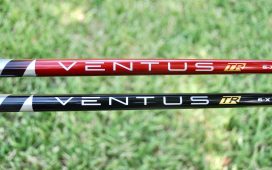 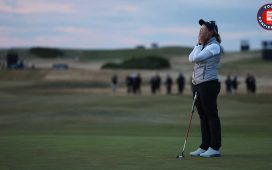 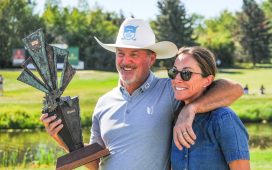 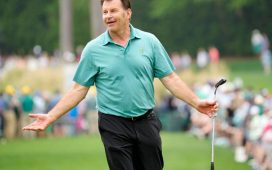 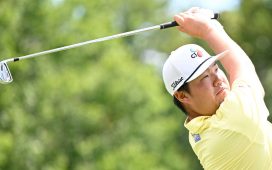 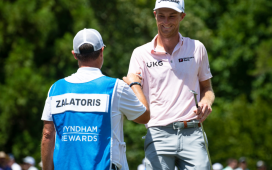