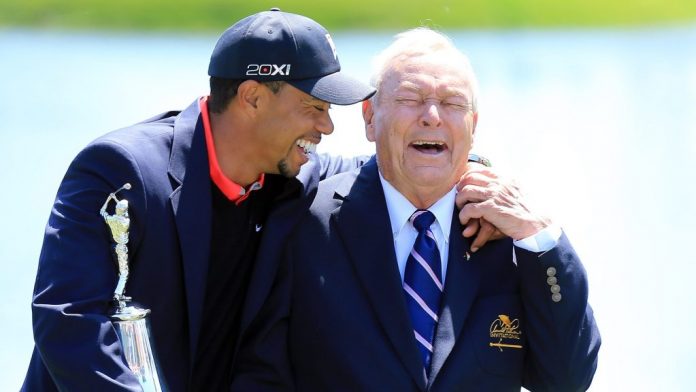 Tiger Woods will not be making a stop at Arnie’s on his road to Magnolia Lane for his title defense in the Masters.

The five-time Masters champion is still suffering from back stiffness and will not play in next week’s Arnold Palmer Invitational, choosing to pass on a tournament where he’s owned Palmer’s Bay Hill course and won a record eight times. Last year, Woods was scheduled to play in the tournament but withdrew with a neck injury.

It will be the third consecutive week Woods will not play.

But Steinberg said he was not concerned about the back issue having any lingering impact.

“It’s the new normal,” Steinberg said. “Things are week to week. He’s very much good to go when he’s healthy, and he’s not when he’s a little sore.”

In his most recent start on the PGA Tour, Woods, 44, finished last among the players who made the cut in the Genesis Invitational at Riviera Country Club north of Los Angeles, where he pulled double duty as the host of the event that benefits his foundation.

In his only other start in 2020, he tied for ninth in the Farmers Insurance Open at Torrey Pines in San Diego.

Woods was bothered by back stiffness at the Genesis Invitational, citing that ailment for opting against playing the following week’s World Golf Championships-Mexico Championship – where he tied for 10th a year ago. He also elected to not play in this week’s Honda Classic near his Florida home.

Woods, mentioning his fused back and overall wear and tear on his body, has often said he will cut back on his playing schedule in an effort to prolong his career. But one has to wonder if he’ll have enough reps – a word he often uses – before he gets to Augusta National.

He could still play five events before the Masters, but that seems highly unlikely.

The Players Championship, the PGA Tour’s flagship event he’s won twice, is the week following the Arnold Palmer Invitational, so that seems a probable start.

After the Players is the Valspar Invitational, which he’s only played once, tying for second in 2018. Next up would be the WGC-Dell Technologies Match Play, where he tied for fifth last year, so that seems a likely start. The last tournament before the Masters is the Valero Texas Open, which Woods has only played in 1996 when he finished third. And he rarely plays the week before a major.

He’s played just eight rounds this year. If Woods were to play The Players and miss the cut and play the Match Play and not make it out of the qualifying rounds, he’d have just 13 rounds under his belt by the time he gets to Augusta.

In a conference call on Tuesday, Woods didn’t reveal his playing schedule.

“The plan is to prepare the same way. It worked last year, so yeah, I’ve got a blueprint for what I need to do and hopefully I can have the same feelings.” 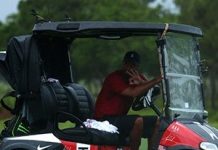 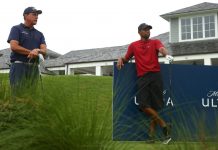 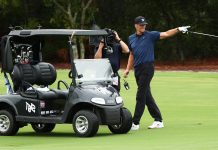 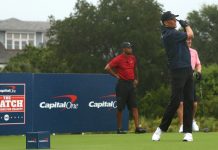 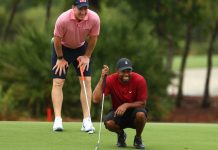 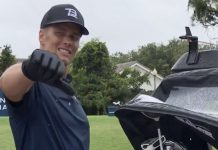 Tiger! Brady? And more! The 8 best moments from the Tiger-Phil charity match 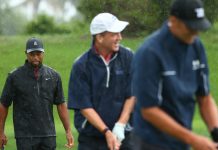