The British pound hit a fresh March 2020 low after the announcements.

LONDON — Two senior U.K. cabinet ministers and the solicitor general for England and Wales resigned on Tuesday in protest over Prime Minister Boris Johnson’s leadership, following a string of scandals that have plagued his tenure over the last few months.

That was followed a few hours later by the resignation of Solicitor General Alex Chalk. He said the ability of “Number 10,” shorthand for 10 Downing Street where Johnson’s offices and residence are located, “to uphold the standards of candour expected of the British government has irretrievably broken down,” according to his resignation letter, which was shared on Twitter.

The British pound hit a fresh March 2020 low after the announcements. The currency was down 1.5% for the session, hitting 1.1923 against the dollar.

Sunak said in a Tweet that “he public rightly expect government to be conducted properly, competently and seriously. “I recognise this may be my last ministerial job, but I believe these standards are worth fighting for and that is why I am resigning,” he said.

In a letter to the prime minister, Sunak added, “I am sad to be leaving government but I have reluctantly come to the conclusion that we cannot continue like this.”

In letters to Sunak and Javid, Johnson said he was sorry to see them resign.

The prime minister narrowly survived a vote of confidence — triggered by his own lawmakers — last month. But dissatisfaction with his leadership, both within his own Conservative Party and beyond, has continued.

Johnson has repeatedly resisted calls to resign from across the political spectrum, despite sustained public anger over a long and growing list of accusations.

Johnson on Tuesday evening, just minutes before the resignations, apologized for appointing Pincher as deputy chief whip — a senior party role — despite knowing of an investigation into his behavior in 2019.

Meanwhile in May, a damning report into several high-profile Covid-19 lockdown-breaking parties, dubbed “partygate,” at Johnson’s office and residence was released, adding to calls for the prime minister’s resignation.

In a letter to Johnson published Tuesday, Javid said the recent vote of confidence was a “moment for humility, grip and a new direction.”

“I regret to say, however, that it is clear to me that this situation will not change under your leadership – and you have therefore lost my confidence too,” he added.

— CNBC’s Sam Meredith and Holly Ellyatt contributed to this report 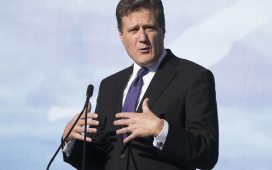 Yet more disgrace for Trump as the FBI raid Mar-a-Lago. Of course, he’s milking it | Marina Hyde 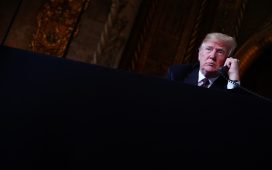 Trump could be disqualified from holding office again over classified documents, says lawyer

Democrats Enter the Fall Armed With Something New: Hope 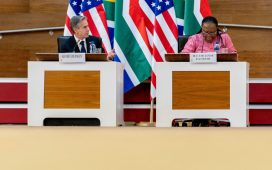 'Echoes of the Cold War' as Blinken heads to Africa, vying with Russia for influence