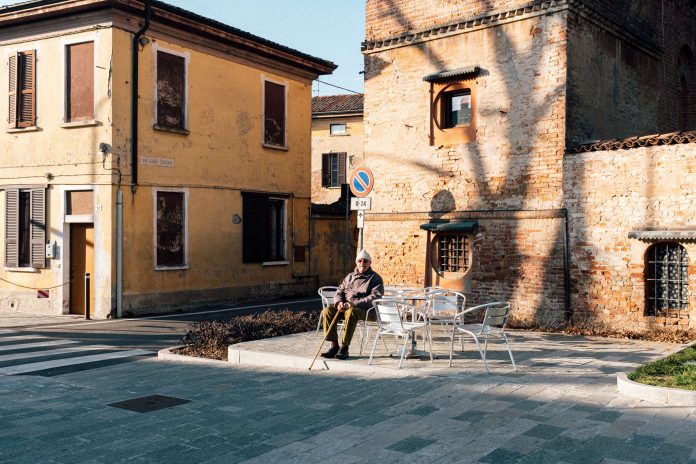 Life inside a red zone: Gino Verani, 87, sits a table in a piazza in San Fiorano, one of the towns on lockdown due to a coronavirus outbreak.

Empty streets, eerily quiet malls, dark storefronts and seldom there are a few people willing to take the risk to venture outside. Cities are being described as ghost towns.

That is the scene playing out globally — in parts of China, Japan, Singapore and Italy, among other regions — as the deadly coronavirus keeps spreading. More than 81,400 cases have so far been confirmed.

And while this isn’t the picture in the U.S. yet, roughly $2 trillion dollars has been wiped from the stock market in a matter of days. The Dow hasn’t fallen so much in a week since 2008. Many retail stocks, such as Macy’s, Under Armour and Gap, are taking a beating on fears that consumer spending could slow. A grouping of airline stocks, the NYSE Arca Airline Index, is on pace for its worst week since 2009.

The stock market correction shows the virus doesn’t need to be rampant in the U.S. to start wearing down consumers’ pysches. Fear can begin changing spending patterns. And a widespread outbreak would have more dire consequences, disrupting consumer behavior more profoundly. Remember, consumer spending makes up about 70% of the U.S. economy.

The International Monetary Fund is already considering lowering its global growth forecast. And Goldman Sachs issued a note Thursday saying the firm is estimating U.S. companies will generate no earnings growth in 2020.

Goldman’s forecast reflects how severely Chinese economic activity has declined in the first quarter, in addition to its expectation for lower demand for U.S. exporters, supply chain disruption and overall elevated uncertainty. It also expects U.S. economic activity to slow as the outbreak spreads.

The Centers for Disease Control and Prevention late Wednesday confirmed the first possible “community spread” of the coronavirus in the U.S. — a troubling sign that the COVID-19 virus could be gaining ground in local cities and towns. On Tuesday, CDC officials had said it was only a matter of time before the virus causes a pandemic.

“We are asking the American public to work with us to prepare for the expectation that this could be bad,” Dr. Nancy Messonnier, director of the CDC’s National Center for Immunization and Respiratory Diseases, told reporters during a conference call.

The fallout in China, where the coronavirus originated and where the most lives have so far been taken, offers a glimpse at what could similarly transpire in America.

Quarantine rules have shut schools and businesses and forced thousands to stay home, in cities including Beijing. Retail stores ranging from Lululemon to Louis Vuitton have gone dark. Food items and medical supplies such as face masks, to try to protect from the virus, have flown off of shelves. Some shopping activity has moved online. But supply chains remain constrained, and delivery times are delayed.

As the virus spreads to other countries, this pattern could be repeated. Japan, in an unprecedented move, said Thursday it will be closing schools nationwide through the spring holidays in late March. This could keep roughly 13 million students home for at least a month, according to statistics from the education ministry.

“As countries move to contain the virus, those actions in and of themselves are disrupting global economic activity,” Diane Swonk, an American economic advisor and chief economist at Grant Thornton, told CNBC’s Kelly Evans Wednesday afternoon. “In that way, it is an economic pandemic that is suppressing global growth. It could even push global growth … negative in the first quarter.”

People wearing face masks, walk past an Apple store at a shopping mall, as the country is hit by an outbreak of the new coronavirus, in Beijing, China February 18, 2020.

Companies ranging from Apple to Microsoft to Under Armour and Macy’s have already said they expect to take a sales hit because of the coronavirus, much due to supply chain constraints stemming from China. Macy’s CEO Jeff Gennette said Tuesday the company is preparing for a “slowdown,” but said it is “nothing concerning yet.”

For now, there is “good reason” why the U.S. economy should keep growing, Gennette’s predecessor, Terry Lundgren, told CNBC’s Sara Eisen, on Wednesday. “The consumer has income. The job numbers are terrific.”

But what could derail that growth is something more “dramatic,” he said — for example if the coronavirus became a global pandemic and could not be contained quickly in the U.S. That is, seemingly, what everyone is preparing for next.

The CDC has already begun outlining what schools and businesses will likely need to do if the COVID-19 virus escalates, from an epidemic to a global pandemic — which is defined by the World Health Organization as the worldwide spread of a new disease.

Retail analysts already are forecasting for companies, and customers, to take some sort of a hit in the U.S.

“While the depth and length of the spread of the disease in the U.S. are highly uncertain, it is entirely possible that impacts will be felt both by retailers due to supply chain dislocations, and by consumers — as they alter their shopping patterns,” said Craig Johnson, president of consulting firm Customer Growth Partners.

However, based on CGP’s analysis of other major external events over the past three decades such as Hurricane Katrina and 9-11, that growth could be cut in half, to about 2.2%, if the coronavirus is still in the U.S. into June, the group said.

To date, Johnson said he has seen “no changes in consumer behavior” in the U.S. because of the coronavirus, other than slight shortages in face masks and a spike in hand sanitizer sales.

But changes in shopping habits, if the situation worsens, could include U.S. consumers stocking up on dry goods for their pantries, medicines and toiletries, and skipping trips to the mall for apparel, handbags or luxury goods.

Walmart, for example, has said its stores in China have shifted their focus to selling essential items including food, other consumables and medical supplies. In such a dire situation, people are looking for necessities, not discretionary items.

“Should the virus proliferate in the U.S., consumers will initially stockpile essentials, temporarily increasing spend,” Daniel Binder, a partner at Columbus Consulting, said. “In a worst case scenario, the increase in demand could cause inventory to become unbalanced, leading to shortages and even store closures.”

But, in a better case scenario, analysts say consumer spending should remain at normal and healthy levels.

“If the disease is effectively contained over the next two months, shoppers will bounce back strongly — and hopefully healthily,” CGP’s Johnson said.

Shoppers wearing face masks push shopping carts in front of an empty shelves inside a grocery store on February 9, 2020 in Hong Kong, China.

Meantime, a leading trade group on Wednesday said its more upbeat forecast for 2020 retail sales does not assume a pandemic occurs. But the National Retail Federation said the situation remains “liquid,” and its forecast for growth of 3.5% to 4.1% could take a hit if consumer spending was to slow.

“At the moment, in general, consumer confidence remains very solid,” NRF CEO and President Matt Shay said during a media briefing. “People have got to behave responsibly — based on fact, not based on irrational inferences about what might happen, or what could happen.”

“This will get resolved,” he said.

But the timing of that resolution is what remains up in the air.

“This is a wait-and-see situation,” NRF Chief Economist Jack Kleinhenz said. “I think that if we have sufficient amounts of goods and services for the time being, it doesn’t put too much pressure on the consumer.”

Savings rates in the U.S. have been trending well, he added, which could help provide a buffer if people were to lose work in the U.S. because of a pandemic. During the fourth quarter of 2019, the average savings rate in the U.S. was 7.7%, he said, compared with 6% at the beginning of the recovery from the recession.

Other retailers could be bracing for a bump in their online businesses, if more Americans end up holed at home, either in fear of going out or in some sort of quarantine situation.

“E-commerce will explode,” Suketu Gandhi, partner and leader for Digital Supply Chain at consulting firm Kearney, said. “It is a tremendous opportunity for the delivery [providers] to flex their muscle.”

But the reality is there still could be issues in fulfilling those online orders. Companies such as UPS, FedEx and Amazon will need drivers on the roads to drop off packages.

“Consumers in the U.S. are going to respond as soon as we see this is more widespread,” said Greg Petro, CEO of First Insight. “If it isn’t sorted out [soon], it could effect the holiday season, which would cripple some companies.” 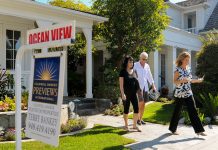 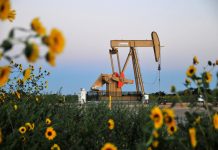 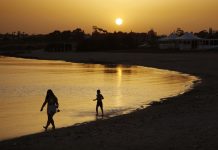 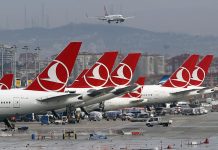 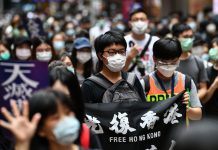 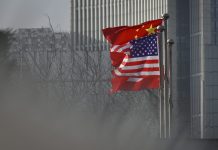 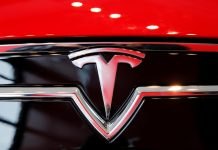 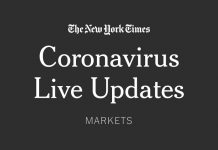 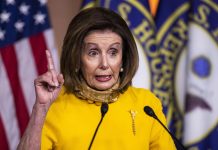