When Prithish Shyam Narayan was 16, his mother asked him what his dream was. He replied without hesitation, “I want to be the club doctor for Arsenal!” His mother and father nodded indulgently, but Prithish had decided that was his destiny. At this time, during the early 2000s, there was not much dialogue about sports doctors. Fast forward to a few weeks ago, 31-year-old Prithish was on the phone with his mother and said with a laugh, “Mom, we’re halfway there!”

He chats with The Hindu over a video call from his home in Leicester right before his club’s match against Manchester City for the Premier League.

Prithish’s formative years ensured that, funnily enough, cricket was in his blood. With family roots in Palakkad, Thrissur and Malappuram, and having grown up in Botswana and then moving to Australia, he nurtured that passion to the point of wanting to play professionally and his parents supported this ambition and drive. Towards the end of his student years at Christ Church Grammar School in Perth, he was selected by the national scouts for the Western Australia State cricket team. But he was in two minds: was it a flash-in-the-pan thing or would be a lifetime endeavour?

“I spoke with my parents and my main concern was what would come after cricket. Usually, you see cricketers take on journalist roles or take on TV punditry and commentary. So I decided – and it was a really hard decision because I was eating, dreaming and sleeping cricket – that an M.D. would serve me well in the long term. But after that, my dream to be a doctor was alive and well,” he recalls. “No regrets though! Occasionally I look at the WA cricket team and a lot of the guys I would have played with ended up playing for the national team, so I sometimes wonder what would have been.”

But getting into medical school was not easy in Australia; Prithish missed the mark by a point percentage. Still determined, Prithish looked to the United Kingdom; he got his MBBS at the University of Southampton and a Masters in Sports and Exercise Medicine from the University of Bath. He is also a member of the Royal College of Surgeons.

Thereafter, he recollects “Despite keeping my mind open to other specialisations, I veered towards Trauma Orthopaedics which linked quite nicely with sporting injuries.”

Things changed when, in 2019, a colleague of Prithish’s – a previous Coventry City FC club doctor – urged him to get in touch with the team’s staff management. In no time, Prithish snagged the position. He worked with Coventry City FC for two years until he switched over to Leicester City Football Club in May 2021.

During this time in 2020, he completed a one-year diploma in Football Medicine with Fédération Internationale de Football Association (FIFA), which gave him an idea of what to expect in the world of elite athletes.

Life of a club doctor

Leicester City FC has had a very good transfer window this 2021 and Prithish credits this successful recruitment to team manager Brendan Rodgers, whom he has long revered. “It was heartening and surreal to meet him for the first time and to also be colleagues,” he says with a huge grin. “Rodgers and the medical team are working on creating a brand new vision for the team. They wanted new medics on board and that’s how I got this opportunity… This transfer season has been really smart; they take a long time to scout the players they like and bring in guys they know can help the club. It’s nice to see it’s a well-rounded club and even from a money point-of-view, it’s very sensible spending.”

On August 4, during a Leicester City FC match – which also happened to be Prithish’s first match – against Villarreal FC, central defender Wesley Fofana was rushed to the hospital with a painful fibula fracture. Prithish was tending to Fofana’s injury at the time, which marked his move to become the team’s First Trauma Doctor.

Working with elite athletes also puts club doctors in the spotlight and part of the territory of being a club doctor entails public criticism. Prithish says, “Sport has evolved; it’s not just about dealing with the acute injury. Behind the scenes, there are departments for strength and conditioning and for fitness, to get a player in the best mental, physical and emotional conditioning before a game. They create tailor-made programmes for each player to prevent injury or even further injury in some cases.”

The overall perception of club doctors has evolved over the years; they are not merely fluorescent jackets popping onto the field with a stuffed bag when there is a medical crisis. In the case of 29-year-old Denmark footballer Christian Erikson who had a cardiac arrest in the 42nd minute of a Euro 2020 match against Finland. As he was resuscitated by a responsive medical team, the incident shed light on the work of club doctors.

Agreeing with this, Prithish explains, “In the case of Erikson, the planning and preparation were good with medical teams ready to assist immediately and also ensure a streamlined transfer to a hospital. It shows the world that we have to be and are ready for the worst possible scenario. In the case of a cardiac incident, medics have to ensure there is a towel to dry off the player, a razor to shave their chest for the sticky pads to sit, to make sure the defibrillator works – and there have been many incidents across elite sports where the defibrillator is out there and there’s no charge which could increase the risk of long-term injury.”

Prithish also explains that before games, medical staff go through moulage training where simulations are timed and monitored, to keep medical staff on their toes. International bodies like Premier League and UEFA also mandate that these practices are retained.

Clearly, on the field, it is up to the medical team to keep an eye on every movement of the players. “If you see medics on TV, we aren’t watching the match, so to speak,” points out Prithish, “we are evaluating our players. After a tackle or a fall, our responsibility and instinct are to watch them for any signs of injury or stress. So you can imagine, in a two-hour game, that time for us flies by so fast – it’s like a blink. I don’t even know where the ball is.”

Prithish, being a recreational sportsman himself, understands the world of players’ pre-game superstitions. In his cricketing days, he always made a point to put his left shin pad on before his right. Coming to football, he’s seen the players create make-shift, non-functional shin pads inside of which are family photos or personal mementoes for luck and grounding. He has also seen a couple of other players slather themselves in baby oil and petroleum to avoid other players catching hold of him during the game.

Athletes such as tennis player Naomi Osaka, swimmer Michael Phelps, cricketers Ben Stokes and Eoin Morgan, and gymnast Simone Biles have been prioritising mental health conversations for a more supportive sports industry. Prithish, working with footballers who are on a world’s stage with pressures from both fans and stakeholders, has seen the invisible struggles athletes face.

“The pandemic has brought to the light the mentality side of health, while the injuries side of health has been prominent pre-pandemic,” he describes. “Additionally, these athletes coming forward and talking about it is also very good for the recreational athlete who can also look out for their own mental health.”

Josh Pask of Coventry City FC down injured, and being treated by Dr Prithish Narayan, before being stretchered off the pitch during the Sky Bet Championship match between AFC Bournemouth and Coventry City at Vitality Stadium on April 10, 2021 in Bournemouth, England.

“Before, you went through a health panel code asking the routine questions, but now, the conversations are different and I probe a lot more when I notice a player is not on the usual mental or emotional wavelength,” remarks Prithish. He adds, “I assured them that we were not invested in only their physical health, that they could talk to us about other things too.”

Prithish elaborates that up until the start of the ongoing season, footballers had been playing behind closed doors. The isolation has been tough on them as they play the sport for the fans who bring another energy to the experience; so playing in an empty stadium where they do not hear the live sounds of fans can feel demotivating. Also, due to pandemic-induced restrictions, players had to be home-bound. “Enormous credit to all the players who had to push through even though many are exhausted. I watch them on training days and I still see them switch their headspaces into game mode. I don’t know how they do it, because it all definitely felt uncomfortable on this side of the fence.”

Fans are more empathetic too, he says, explaining, “There is a two-way street in understanding here. Athletes are a lot more vocal on social media, sharing what they’ve gone through and this has created a lot more transparency. Players are also aware that striving for perfectionism comes at a cost so they know about the dangers of self-pressure.”

With Prithish also working at NHS clinics from morning till evening, he would have to then jump in his car and drive to games in various parts of the country. “I joke with my friends about how in the last 18 months, I’d done about 36,000 kilometres,” he chuckles. “But it is all worth it.” 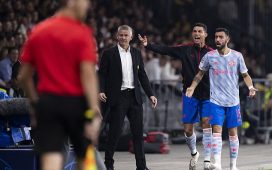 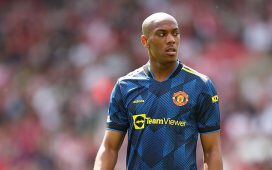 Sergio Reguilón: ‘We have to build something … something big’ 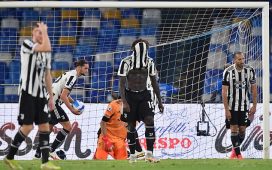 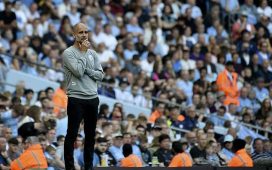 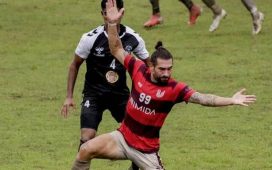