CHAPEL HILL, N.C. — Oh, the UNC football experience. Where else could a 31-6 blowout victory be considered … sorta underwhelming?

In Mack Brown’s first season of his second stint at North Carolina, the Tar Heels were fun. Feisty. They rolled out a brand-spanking-new freshman quarterback and rather than sink, he swam. More accurately, he slung — the football, that is, 38 times into the end zone. Slinging Sammy Howell has a nice ring to it, no?

But while Brown’s return to Chapel Hill was a stupendous storyline in itself, as was Howell’s emergence, neither truly defined last season’s 7-6 team. There was, to borrow from high school English teachers, a more overarching theme:

Waiting until the fourth quarter to do … well, just about everything. 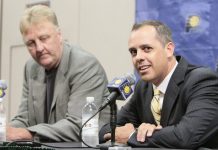 Kravitz: After a surprise exit from Pacers, Frank Vogel is sitting pretty now

In a game of errors and missed shots, Sun concede return trip to the Finals

What should the impact of a second year with Jim Chaney be for Tennessee?

Falcons’ assistant coaches break down their challenges heading into Week 4 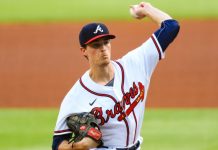