This Is The World’s First ‘Fossil-Free Steel’ Vehicle: Autonomous, Electric—And A Volvo


The 21st century has no shortage of companies claiming “world’s first” status for their products. Few stand up to sustained scrutiny. So when Volvo today unveiled an autonomous vehicle produced using fossil-free steel, how big a deal was it?

Short answer: pretty big. Though the devil is in the detail.

Volvo CEO Martin Lundstedt presented the four-wheeled, autonomous and fully electric machine at a press conference in Copenhagen alongside counterparts from Swedish steel makers SSAB and Ovako, who are collaborating with Volvo in an effort to bring to market vehicles that are manufactured with minimal greenhouse gas emissions. SSAB CEO Martin Lindqvist said at the launch: “Having the world’s first actual vehicle made using SSAB’s fossil-free steel is a true milestone. Our collaboration with Volvo Group shows that green transition is possible and brings results.”

The vehicle in question is a load carrier, designed for use in quarrying and mining, and capable of working in convoy with other autonomous vehicles to pick up and transport material around a pre-programmed route. Powered by an electric motor, the vehicle produces no emissions when in operation. You can take a look at the vehicle in this YouTube clip, replete with dramatic music but lacking any footage of the machine actually doing its thing—as in, carrying loads.

But as the title suggests, the most groundbreaking aspect of the vehicle is that the steel used in its construction was produced without using fossil fuels. That steel is, in fact, the same material reported on by Forbes Sustainability in August, when Swedish steelmaker SSAB, along with energy company Vattenfall and iron ore miner LKAB, teamed up to deliver the world’s first shipment of fossil fuel-free steel, replacing the coal traditionally used in the steelmaking process with green hydrogen derived from electrolysis.

That really was a big deal. While emissions from the energy sector and direct emissions from transport are relatively easy to reduce—usually by abandoning combustion in favor of electrification—getting coal out of steel production was thought to be a more complex challenge. Yet with their new technology, SSAB and its partners appeared to have cracked it.

“When we have been talking about ‘fossil free’ in the transport sector, we have been focusing a lot on emissions from the vehicles in use. But it’s clear to us and to everyone else that we also need to address the carbon footprint from the production of our vehicles,” Volvo Group’s Chief Technology Officer Lars Stenqvist told me via video link. “That’s why it’s so important now to team up with everyone in the value chain and collaborate in order to drive out all the fossil fuel also used in the production of components, parts and also running our production facilities.”

There is, however, a caveat to the “fossil free” claim—namely that not all of the steel in the vehicle is, in fact, fossil fuel-free. While the bucket and major parts of the chassis do hail from Volvo’s coal-free collaboration with SSAB, parts such as the electric motor were made with conventional materials by a supplier, the name of which Stenqvist could not divulge.

So note Volvo’s wording: the firm describes the vehicle as having been made using fossil fuel-free steel; nowhere is the claim made that the steel used to make it is entirely fossil fuel-free.

“I don’t have the percentage exactly, but the majority of the steel in this vehicle is fossil free,” he said, further divulging that of the carrier’s 8-ton-plus total weight, 3 tons were produced from fossil fuel-free steel. Factoring in the weight of the tires, various plastics and non-ferrous components in such an electric vehicle, the “majority” claim sounds reasonable enough.

“For a chief technology officer it’s a fantastic day,” Stenqvist continued. “For me it was rather obvious that [choosing the load carrier to be the first fossil-free vehicle] was a good choice because it was in the forefront of all these technologies: full electric, fully autonomous and based on fossil-free steel. I mean that mix is unbeatable.”

MORE FROM FORBESFrom Climate Villains To Heroes? How The Rich Can Weaponize Their Influence To Fight Global WarmingBy David Vetter

The new vehicle is not a prototype, but a production machine: Volvo says it expects its first “flow” of the autonomous carriers to be up and running in real-world operation in 2022. Stenqvist said that the scaling up of production would be largely dependent on the availability of the fossil-free steel, saying Volvo is in “very, very close dialogue with our partner SSAB on their capacity to increase and ramp up their production.”

During the presentation, Volvo also unveiled a new collaboration with steel firm Ovako, which is planning to use green hydrogen to heat steel for rolling, further cutting carbon emissions. As well as supplying steel for components, Ovako will also begin selling its surplus hydrogen to Volvo for use in hydrogen fuel cell electric vehicles.

“It’s a very interesting example of the collaborations that will happen if you open up and start to communicate about your plans,” Stenqvist said. “Others listen in, chipping in their ideas to see if there can be some kind of match. And in this case it was a perfect match.” 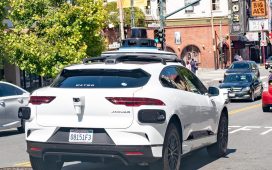 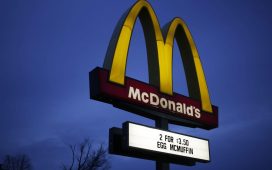 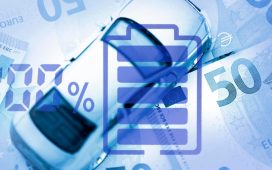 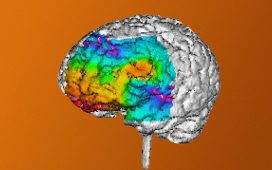 3D Imaging And LiDAR – Poised To Dominate Autonomy And Perception 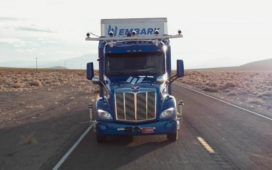 Embark Trucks Says It Has 14,200 Reservations For Its Self-Driving Software, Slated For Launch In 2024 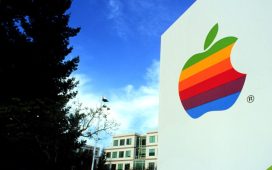 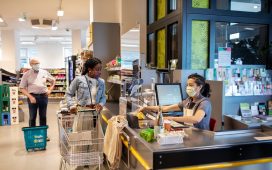 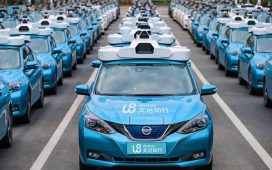 Chinese Robotaxi WeRide Safety Driver Apparently Falls Asleep At The Wheel; How Can That Still Happen? 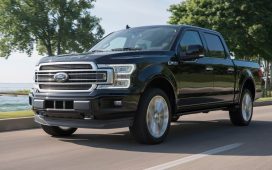 Big Pickups Are Still The Rides Of Choice Among Car Thieves