They love to keep us wanting more.

Unlike adoring dogs, their care-free attitudes often mean that owners are left wondering how to gain their affection.

In other words, felines love to hold all the power and can be pretty cold at times.

But a new study has revealed how to win your cat over and get them to be more loving.

And it seems there’s one simple trick to it.

The research says the secret is to simply let your cat choose when it wants to be stroked – rather than you deciding when to do it.

When this happened, cats were less likely to behave aggressively towards their owners and were also more affectionate.

Researchers monitored the interactions of participants with 100 cats at Battersea – with each individual working with six felines in total.

The study found that holding out a hand to a cat is a good strategy for working out whether it wants to be stroked – as the animals would typically come up to it and rub against it if they wanted to.

It also identified the warning signs of when to stop.

If a kitty moves away, stops purring, starts grooming itself or turns away – it can mean they’ve had enough.

Researchers also looked at where cats prefer to be stroked – with the base of their ears, around their cheeks and under the chin proving the best spots.

All in all, findings showed that (unsurprisingly) cats like to be in control.

Dr Lauren Finka, who led the study, said: ‘The results demonstrate a clear preference amongst cats for a more “hands off” approach to petting, which ultimately lets them call most of the shots.

‘Cats are not necessarily known for being overly expressive when it comes to communicating how they are feeling. This can often cause issues during petting because many cats may feel a little uncomfortable at times, but this isn’t something that is always easy for us to pick up on.’

So by following the study’s cat guidelines, owners should be able to understand their pets better – and have improved interactions with them as a result.

Late Pleistocene humans may have hatched and raised cassowary chicks

Avian eye: how to take photos of birds that stand out from the flock 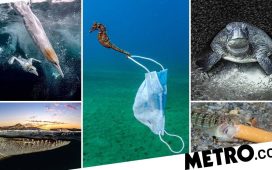 Fancy hunting a kangaroo? Or a zebra? In Texas, you can pay to play