They were arrested for voter fraud in Florida. They didn’t know they were ineligible 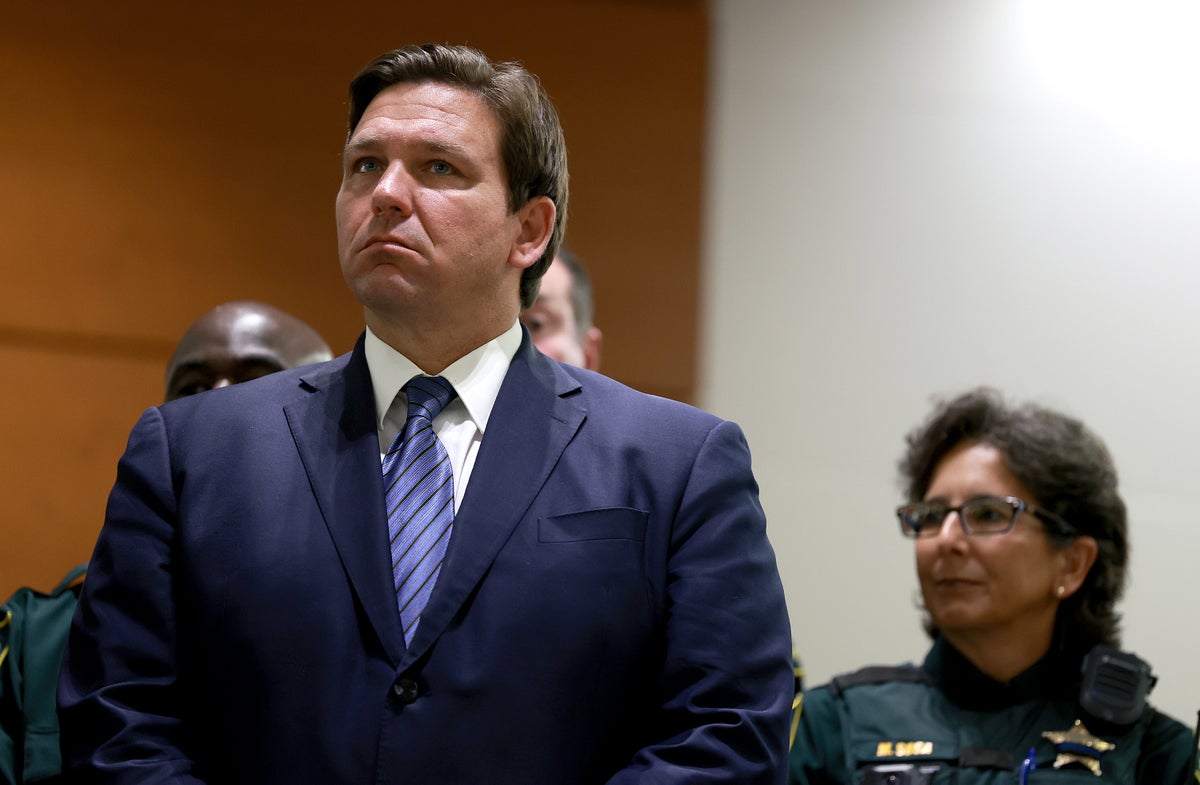 As he neared the end of a 10-year prison sentence, Peter Washington attended “assimilation” classes to prepare for life after incarceration, including the possibility of the restoration of his voting rights.

Believing he was newly enfranchised, Washington cast a ballot with his wife at an early voting location during the 2020 presidential election.

On 28 August, nearly two years later, deputies with the Orange County Sheriff’s Office arrested the 59-year-old Black man and charged him with voter fraud as an “unqualified voter,” a third-degree felony.

Washington was among 20 people – all formerly incarcerated people with felony convictions for murder and sex offences – arrested and charged with illegally voting, a third-degree felony, after Republican Governor Ron DeSantis announced his “opening salvo” targeting voter fraud in the state.

But court records and police reports reviewed by The Independent appear to show that the people vilified by the DeSantis administration and targeted in a high-profile campaign-like press conference – the first results of a $1.1m new agency under the governor’s office – were told by election workers or other government officials that they were eligible to vote.

Defendents said they did not intend to commit any crime, believing that a recent constitutional amendment granted them their right to vote, and were confused and frustrated about whether they did anything wrong.

The defendants in each of the cases reported that a county elections office or some government official or agency advised that they could register to vote. People convicted of murder or sex offences remain ineligible.

Their cases have magnified the complications surrounding voting rights for people with felony convictions – and reflected the volatile political minefield after Florida voters overwhelmingly supported a constitutional amendment to restore them in 2018.

Voting rights advocates stress that the recent arrests expose gaps in a system that should have prevented illegal votes in the first place.

In 2019, Michelle Stribling filled out a voter registration form, received her registration card in the mail that November, and cast her ballots in 2020 elections.

She was charged with fraud on 17 August.

Leo Grant, a 55-year-old Black man from Palm Beach County, told investigators that local election administrators sent him a voter identification card, and he cast his vote-by-mail ballot in November 2020.

“I don’t really understand, how did I commit fraud?” Grant told the Miami-Herald the day after the governor’s press conference. “I don’t understand any of this stuff.”

“This highlights the importance of fixing the system, and we’re having real human costs to a broken system,” Neil Volz, deputy director of the Florida Rights Restoration Coalition, told The Independent.

“We should have a statewide database that can verify eligibility on the front end, and none of these people would be in this situation,” he said. “We would not be having this conversation in the context of a political campaign. We could be simply trying to solve the problem.”

Larry S Davis, an attorney representing one of the men arrested in Miami-Dade County, told Politico that his client was arrested at 6am when a heavily armed and armoured team of police officers banged at his door.

“He was in his underwear, and they would not let him get clothed before taking him to jail,” Mr Davis told Politico. “There were people in his backyard who were armed, and they used a helicopter. It disrupted the entire neighborhood very early in the morning.”

Mr Davis said his client was approached to register to vote at a local Walmart store, and even stopped the election worker to tell them that he didn’t believe he was eligible because of his prior felony conviction.

That person told him that passage of Amendment 4 in 2018 – which paved the way for roughly 1 million people with felony convictions to have their voting rights restored – granted him the right to vote, according to Mr Davis.

“They helped him fill out the paperwork. He later got a voter card, and thought he could vote. That was two years ago,” Mr Davis said.

The governor’s press conference was centred around the newly enacted Office of Election Crimes and Security, a first-of-its-kind agency under the governor’s direction that voting rights groups have warned is “a solution in search of a problem” and a potentially dangerous political tool that could be used to intimidate voters.

Opponents have argued that resources already exist to investigate and prosecute allegations of fraud, the scope of which has not come close to altering election results.

“But we now have this process where we didn’t clear anybody on the front end, gave them a voter ID card, then waited several years to arrest and prosecute them. That’s not the kind of system that screams ‘we have integrity’. We all want voter integrity. So let’s work together to fix the problem on the front end,” Mr Volz told The Independent.

The Independent has requested comment from the governor’s office.

In 2020, the state received 262 election fraud complaints; 75 were referred to law enforcement. More than 11 million Florida voters participated in that year’s presidential election.

Despite those cases moving forward with prosecutions, including the recent arrests of four people in Republican stronghold retirement community The Villages, the governor claimed that without his election crimes office, “nothing would get prosecuted, nothing would end up happening”.

Earlier this year, two men from The Villages – Jay Ketcik and Charles Barnes – pleaded guilty to casting more than one ballot in that year’s election.

Ketcik was among three Republican voters from The Villages charged in December 2021 with voting twice in the 2020 presidential election. Barnes was the fourth person from The Villages to be arrested for double voting in that election.

Pete Antonacci, who was appointed by the governor to direct the Office of Election Crimes and Security, also claimed without evidence during the press conference that there were “plenty of illegal ballots cast” in a close Democratic primary election in the county last year.

After the passage of Amendment 4, state lawmakers also narrowed those rights to people who settled all their unpaid fines fees, which voting rights advocates criticised as a “pay-to-vote” system largely impacting poor minorities returning to public life.

“A lot of people have to choose between putting food on the table and voting. And we just think that we can have a better system than that,” Mr Volz told The Independent.

Earlier this month, a group of Democratic attorneys general from 16 states and Washington DC urged a federal appeals court to reject Florida’s restrictions on mail-in ballot drop boxes implemented under a separate 2021 law, among GOP-led election laws in the wake of Donald Trump’s persistent false claim that the 2020 presidential election was marred by fraud.

“No one disputes that there is a state interest in combating voter fraud,” they wrote in their brief. “But a voting restriction must be genuinely aimed at advancing that interest and reasonably calibrated to the scope of the problem.”