He has been portrayed as a heroic fighter pilot in the Battle of Britain, with a sadistic streak that bordered on the psychopathic, beating his lover Francis Bacon and once hurling him through a glass window. But new research paints another picture of Peter Lacy, revealing that he was never a fighter pilot and that, beyond the sexual violence, the relationship with Bacon was real love for both men.

The Pulitzer prize-winning authors Mark Stevens and Annalyn Swan are publishing a major biography about one of the greatest artists of the 20th century. With the full cooperation of Bacon’s estate, they received access to archives and interviewed family and friends of the artist and his lovers, among others.

Their research reveals Bacon as a man who pursued life’s excesses – from drink and drugs to promiscuity – while desperately longing for affectionate love and companionship, coming close to it with Lacy.

In the book, the biographers write: “Lacy has usually been assigned a devilish supporting role in Bacon’s life, described as a dashing fighter pilot during the Battle of Britain and a sexual monster in the bedroom. In fact, Lacy was never a fighter pilot, and he passionately loved Bacon. He became violent when he drank, but Bacon also intentionally provoked him, finding the eruption of his demon-riddled soul inexpressibly moving.”

Stevens told the Guardian the two authors had fleshed out Lacy’s character, showing him as a “genial and reserved” man who adored Bacon: “Lacy appears as a real person for the first time. This was not simply a passionate, brief S&M fling. It was … the most important relationship in each man’s life.

“There’s no doubt Lacy was ‘the love of Francis’s life’, as Bacon’s late sister Ianthe and others put it to us. We looked into Lacy’s life, speaking to his two nephews, Father David Lacy and Gerald Towell. Both were utterly aghast at the cruel and caricatural way Lacy has been typically presented – sadistic fighter pilot and drunk, etc …

“Yes, Bacon and Lacy had brutal sex. There was S&M, and they were not cuddly guys, but the real news is that they absolutely adored each other from beginning to end, until Lacy’s death in 1962. That’s new. They couldn’t live together very well. They were often separated. They never got over each other.”

Stevens and Swan, a husband-and-wife partnership who have written extensively about the arts, won the 2005 Pulitzer for biography for De Kooning: An American Master, a study of the Dutch-American artist Willem de Kooning.

Their forthcoming biography, Francis Bacon: Revelations, offers fresh insights into Lacy and the artist’s other lovers, many of whom Bacon depicted as tormented and twisting figures in masterpieces that captured the pain and loneliness of human existence. In Study for Three Heads, a 1962 triptych painted shortly after Lacy’s death, Bacon showed himself as a grief-stricken man between two portraits of his lover.

Their relationship spanned most of the 1950s, on and off. The biographers found it went beyond “pain and rage” to “intimacy and reconciliation”.

They traced parallels between the two men, showing that Bacon had never before fallen passionately in love with someone as close to his own age and from a similar social background and he would never do so again. Both men came from wealthy Midlands families with Irish links and whose fathers condemned homosexuality.

Swan said: “It’s really interesting that the love of Bacon’s life came from his own social and monied background, someone who also had a thwarted childhood and faced family and class disdain for homosexuality. In every way, Lacy stands out as the true – if tortured – match for Bacon.”

The biography shows that, during the war, Lacy was an aircraft mechanic and then a pilot: “He did not see action, but delivered bombers to distant theatres of the war.”

It portrays him as a man who loved playing jazz piano, particularly Fats Waller, dabbling at being a stockbroker and driving stylish cars. In 1948, he inherited a significant fortune from his stockbroker father, only to lose it through a failed investment.

Stevens said: “Not long before his death, Lacy confessed his ‘extraordinary love’ for Bacon to a stranger in Spain in an astonishing letter in the Tate that has never been thoroughly analysed.”

Responding to the latest research, Barry Joule – Bacon’s friend who gave the Tate about 1,200 sketches from Bacon’s studio in 2004 – showed the Guardian a previously unpublished photograph he took in 1986 of Bacon next to a “paint-smeared mid-1950s photograph of Lacy in suit and tie” that he had kept all those years.

Joule recalled that it was just after Mike Tyson had won the boxing world championship: “Francis became hugely attracted to Tyson, collecting photos of the boxer … We were talking about violent sports … Then our conversation shifted to violence in a lover’s bed … My question posed: ‘Was Peter Lacy really a violent man as the press had painted him?’ He readily answered me: ‘No, Peter was never a violent man in the sense that I have known some real hard men, as I suspect the boxer must be … But what couple, when they’ve been together long enough, don’t fight and quarrel? In fact compared to moi – Peter was a real pussycat.’

“There was a long pause as Francis looked down, tears welling up … He poignantly added, whilst stabbing at the Lacy photograph so hard it fell over with a loud clack, ‘you know, Joule, I really did love that man’.”

Francis Bacon: Revelations is published by William Collins on 21 January.

Take a peak: the mountains and mysticism of Nepal – in pictures 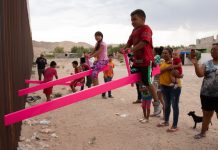 From Maralinga bombs to bailer shells: the artistic alchemy of Judy Watson and Yhonnie Scarce 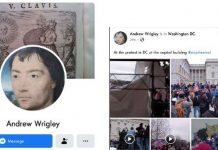 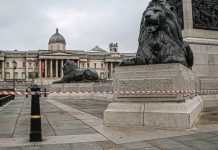 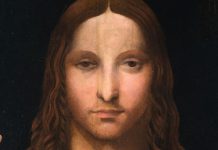 Some people fill the holes in their lives by building homes. I do it by watching them | Luke Turner