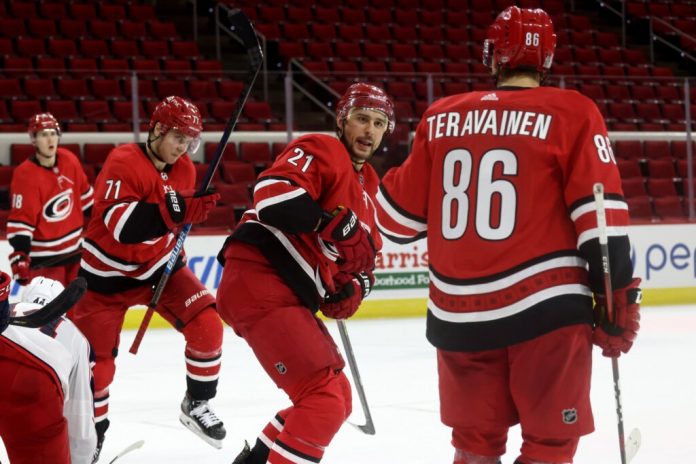 If you think about it, most teams that win the Stanley Cup have at least one trademark quirk.

It can manifest in so many ways, like a tradition created by the team itself, a la the 2006 Hurricanes and their bathrobes. It could also be a plot twist, like a young goaltender coming out of nowhere and changing everything, a la Jordan Binnington and the Blues.

After the Hurricanes’ performance Monday evening, I’m starting to wonder if maybe — just maybe — the 2021 Cup quirk will have something to do with Gilbert Gottfried.

The Hurricanes’ 7-3, come-from-behind victory over Columbus had a little bit of everything, and I have to believe that there’s a direct correlation between this wild win and an expletive-filled Cameo by the noted huge Caniac from the night before.

The masterpiece first surfaced on Reddit, and the mastermind behind it, @krisxwishon, never thought it would blow up like it did on…