Few people think that sexism has been eradicated from the workplace, but some clearly think we are looking for the victims in the wrong place.

For male MBA students are much more likely to think sexism will hinder their careers than their female classmates.

This is despite men holding the vast majority of executive-level positions, even after the enormous strides towards equality over the last half century.

And this feeling of victimhood is particularly pronounced among white men, who are much more likely to believe they will lose out than male MBA students of different ethnicities.

Men outnumber women seven to one at executive level, and 17 to one among CEOs, with women leading just 167 of the top 3,000 companies in the U.S. For every 100 men promoted to a manager’s position, only 85 women are also promoted.

Yet, despite this, there are some men, and some white men in particular, who think they are the real victims of sexism.

Almost seven in 10 men (69%) currently on MBA programs think that they will not be selected for executive-level management jobs as a result of sexism.

This compares to just over half (51%) of women on MBA programs who think that sexism will hit their promotion prospects, according to a survey for higher education analysts Intelligent.com.

White men are particularly prone to believe that sexism will hold them back. Almost three quarters (74%) of white male MBA students think sexism will make it harder for them to get executive-level C-suite jobs, compared with just 50% of Asian, 48% of Black and 30% of Hispanic/Latino men on MBA programs.

With MBA students facing fierce competition for jobs, and few C-suite positions to go round, sexism could be a handy scapegoat for those whose rise is less rapid than they would like.

“These graduates are entering a very competitive field, and they’re not all going to make it to the top,” says Dr Deb Geller, education and hiring consultant.

“It may be easier for men who aspire to these roles, but don’t believe they’ll get there, to blame something external, rather than acknowledge that they may personally lack the necessary qualifications to get to those positions.”

The perception of victimhood is perhaps also testament to the effectiveness of the narrative that men, and white men in particular, are under attack, when in reality all that is happening is that a correction of a long-term injustice.

“What we’re seeing is that organizations are increasingly committed to eradicating sexism and promoting diversity as a core value,” says Geller.

“Past sexist behaviors that may have favored males in the job search are being replaced with more neutral, objective search processes that lead to more diverse applicant pools and less hesitancy to hire or promote females who are qualified. What men are perceiving as sexism is in reality just more equitable hiring and promotion processes.”

The survey also reveals a disconnect between an objective sense of justice and how that works on the ground.

While 85% of men said it was “extremely” or “very” important that women were equally represented in C-suite positions, 65% said the reason men outnumbered women in these roles was because men were more likely to have the necessary leadership roles.

“Attitudes like this are an indication that while we may be making progress, it’s not particularly fast progress,” adds Geller.

Just over half (55%) of men said a lack of work experience may be a factor in the under-representation of men, although men are more likely than women to think that sexism has made it more challenging to advance in their careers so far (49% to 41%).

Fewer than half (45%) of men said the shortage of women in the boardroom was down to sexism, and that women were discriminated against.

But these attitudes are not just held by men. Almost a third (32%) of women MBA students said men were more likely to have the leadership skills required for the C-suite, and fewer than half (47%) said the disparity was down to sexism.

While there has been enormous progress in moving towards gender equality in the boardroom, and more widely in the workplace, these findings show that there is still some way to go to eliminate the idea that gender makes a difference in whether someone is qualified for leadership. 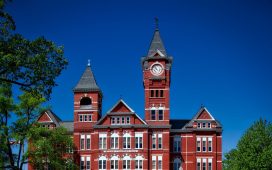 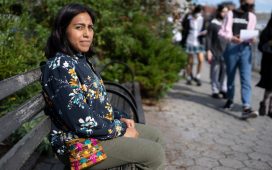 Their Jobs Made Them Get Vaccinated. They Refused. 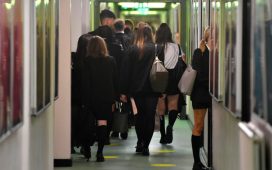 Climate crisis education should be embedded in system, say unions

‘Rugby was a lifeline’: Bipoc group seeks to establish game in US Black colleges