Today, on Radio 3’s Sunday Feature, the vastly experienced journalist Allan Little considers Susan Sontag’s 2003 essay Regarding the Pain of Others. In the essay, Sontag wonders about the ethics of war journalism, particularly photography. Do pictures of the horrors of war engage the viewer or make us turn away?

Little has spent decades reporting from places such as Sierra Leone and Bosnia. He met Sontag in Sarajevo (she was making a theatre piece – a previous Radio 3 documentary, Afterwords, discusses this); they drank whisky and became friendly. Little’s subject isn’t Sontag, however. Over 45 packed minutes he picks at the idea of war reporting being neutral, unframed “reality”, and also that such reporting might change the way the world works. He describes how he and other reporters are driven by the belief that “we could move people – we could move you listening now – to compassion and even action”. The US war correspondent Martha Gellhorn is quoted: “The idea [is] that the act of witnessing could end suffering.”

Little talks to photographer Alixandra Fazzina, who often walks away from the frontline to look elsewhere. “Over the last 20, 30 years,” she says, “every image you find is of a screaming lady in a veil over a dead body… a man looking exhausted over a gun. These are images that have become cliches.” Zaina Erhaim, a journalist from Syria, describes how, even now, she is asked: “Who do you prefer – Assad or Isis?” “As if there is no 22 million people who have the right to something else,” she says.

These dedicated and brave reporters are trying to tell us about human suffering, but they end up contributing to established biases. Professor Katie McLaughlin looked at past issues of Vogue in which Lee Miller’s war photographs were published alongside fashion spreads. “These pieces are beautifully put together,” McLaughlin says. “The seamlessness of it… It was an ongoing aesthetic, and there’s something quite terrifying about that.”

This was a deeply moral programme, fascinating and troubling. Is it possible to understand what it is like to live in a war zone? Can anyone understand if they haven’t been there, stayed there, lived their everyday lives under the threat of death? I remember Little’s report from 1991, when the US air force bombed a shelter in Baghdad that housed more than 1,000 women and children. Some war photographers now take photos not in the belief that they will be published and change the world, but as evidence that could be used in a future prosecution for international war crimes.

Last week, 1Xtra Talks With Richie Brave marked the anniversary of George Floyd’s murder. Hosts Brave, DJ and producer Seani B and podcaster Kelechi were reporting from a different frontline, one that white people – even now – can find hard to imagine. Some, in fact, find it so hard that they refuse to believe it exists. Brave read out a message from a troll, and answered it with snap and passion.

Seani B, who won a Broadcasting Press Guild award for the searing show he did with DJ Ace last year in the immediate aftermath of the murder, described the complicated emotions he felt on winning. “What bothered me is that somebody had to lose their life for me to be even be considered for an award like that. I’ve been broadcasting in this building for 19 years… it had to take the pain of George Floyd’s family members for me to even be able to express myself, to even be heard.” Ray BLK sang What’s Goin’ On for the 50th anniversary of the release of Marvin Gaye’s seminal LP of the same name. She sang it beautifully.

On the World Service’s Assignment, reporter Lina Sinjab has been looking back on a decade of conflict in Syria. Damascus is her home town, and her first programme, which went out last week, replayed her on-the-spot audio diaries, made in 2013 during her final days there. Assad supporters would take to the streets and march about chanting “Viva Assad” or “Burn the country down!” After a while, said Sinjab, they just shouted “Burn the country down”. Last week’s episode revisited Tim Whewell’s 2016 programme on the members of Aleppo’s Mare’a football team, who were once champions of their province. Unmissable.

At the moment, BBC radio’s current affairs team is being cut to ribbons and rebranded as “longform audio”. Senior journalists are being forced to leave, and programmes such as Assignment and the vital Grenfell Tower Inquiry Podcast may never exist in the same way again. Even if an audience can’t work out the right reactions to such reporting, the BBC should continue to ensure these brave journalists, and the producers who support them, are able to keep doing their jobs.

Three new shows with a twist

The System
Radio 4/BBC Sounds
The twist of this new thriller, written by Ben Lewis, is partly the story, which is mysterious and addictive, but also its scheduling. Radio 4 has given over its Friday afternoon drama slot to a new strand of drama, Limelight. If you want to binge an entire series of Limelight, go to BBC Sounds, otherwise it will unfold week by week on 4. Forthcoming series include a real-life story about a house that vanished from the west coast of Ireland. The System is beautifully soundscaped, convincingly acted, and tackles an interesting topic: modern masculinity and how it can lead to fringe views.

Cheat!
Apple Podcasts
Hosted by award-winning Vice reporter and former philosophy teacher Alzo Slade, this new series looks at, yes, you guessed it, cheating. Who cheats and why do they do it? The opening two episodes concern a group of seemingly upstanding Atlanta teachers. Unfortunately, they took their head’s succeed-at-all-costs approach to heart and ended up ensuring their students got good results by telling them the answers to questions. They wanted to help the pupils, who came from difficult backgrounds, and they did so. This is a story of race and class; compare and contrast with Felicity Huffman et al. No child left behind.

All Day PopMaster
Radio 2/BBC Sounds
Tomorrow, Ken Bruce takes his quiz – for many, the very best part of his Radio 2 show – the beating heart, the USP – and turns it into a celebrity all-dayer. Various famous people (as defined by Radio 2: don’t expect a YouTuber or a basketball star) are joining in, including Jeremy Vine, Richard Osman and Vernon Kay, all competing against the Radio 2 DJs. The inaugural ADPM event took place last year and was deemed such a success that this year’s was a shoo-in. If you’re a true PopMaster obsessive, try BBC Sounds’ One Year Out – the PopMaster Story, in which Bruce is interviewed by Rob Brydon, who does an imitation of Bruce. The world is weird, isn’t it? 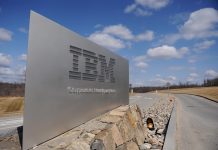 IBM tells U.S. employees they will return to the office in September 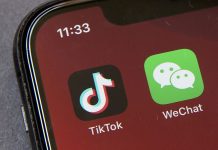 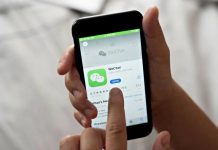 Emmanuel Macron will continue to meet public despite assault 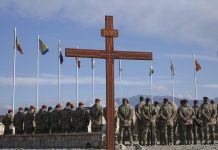 German troops bringing back 65,000 beers, 340 bottles of wine from Afghanistan 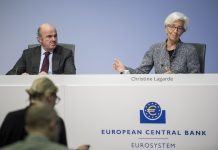 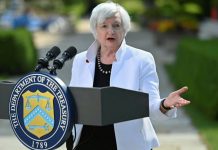 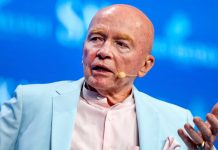