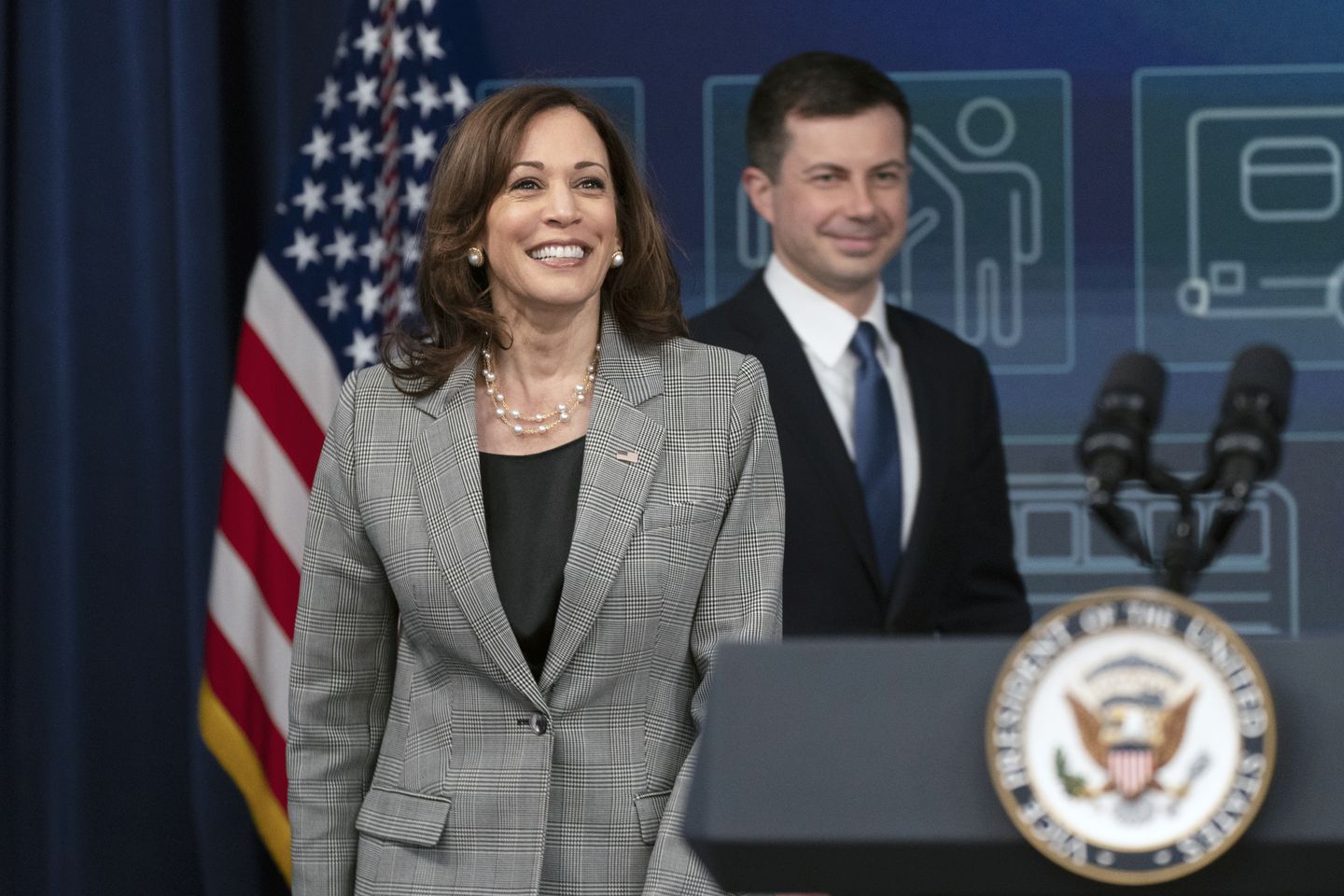 The ladies of “The View” can’t wait for the 2024 dream ticket — Kamala and Mayor Pete.

In a segment Tuesday, co-host Sunny Hostin called Florida Gov. Ron DeSantis a murderous fascist (“DeathSantis” she deliberately called him) who would easily be defeated by that ticket.

She said that if President Biden did not run for re-election, as a number of Democrats are speculating about or even hoping for, Vice President Kamala Harris and Transportation Secretary Pete Buttigieg would be “great” as a ticket.

“Do you think they could win, really?” asked co-host Joy Behar.

Mr. Biden defeated both of them on his way to clinching the 2020 Democratic nomination.

“Well, I would vote for them,” Ms. Hostin gushed. “I hope this country is ready for something like that. I think the brain power alone would just obliterate [Donald] Trump or DeathSantis.”

Ms. Hostin suggested there were other good Democratic candidates, especially the “pretty” ones.

“I do think there are plenty of Democrats that have tons of verve and energy. I like Gavin Newsom because he’s really pretty to look at,” she said of the California governor.

As long as it isn’t the governor of Florida, she added.

“I hope it’s not DeathSantis over in Florida, because I think he’s a fascist,” Ms. Hostin said. “I think he handled COVID miserably, I think he is a fascist and a bigot.”

Ms. Behar then put in: “Those are his good points!”