A veteran air force pilot is laying the groundwork to challenge the scandal-hit congressman Matt Gaetz in the Republican primary for Florida’s first congressional district.

The pilot, Bryan Jones, serves as the director of operations for the Florida air national guard headquarters detachment 2 based out of Hurlburt Field.

A primary challenge to Gaetz will add yet more difficulties to the congressman’s ongoing troubles. In just a few short weeks Gaetz has gone from a high profile and pugilistic Trump ally to someone deeply mired in a damaging scandal who is now being investigated by the authorities over alleged sex trafficking.

Jones is being advised by consultants from New Politics, a bipartisan consulting firm that specializes in recruiting and boosting civil servants running for office. Jones is a CV-22 Osprey pilot for the air national guard.

Jones is also a co-owner of a crossfit gym in Florida. His background could appeal strongly to voters in the district, which has a large population of service members.

“I believe it’s the most veterans of any congressional district and active duty in the country,” said Michael Joffrion, a senior campaign adviser for New Politics and a veteran Republican strategist. Joffrion is advising Jones on his possible candidacy.

Jones is planning on running for the seat, although a firm timeline on announcing hasn’t been set, according to the consultants he is working with.

Last Friday the ethics committee for the House of Representatives opened an ethics investigation into Gaetz over allegations that he engaged in “sexual misconduct and/or illicit drug use, shared inappropriate images or videos on the House floor, misused state identification records, converted campaign funds to personal use, and/or accepted a bribe, improper gratuity, or impermissible gift.”

The ethics committee investigation is the latest twist in the bizarre unraveling of Gaetz’s political career. Gaetz is also the target of a justice department investigation into whether he violated sex trafficking laws.

Joffrion said he expects the legal probes to hurt Gaetz’s re-election chances and create an opening for a Republican primary challenger. “I do,” Joffrion said. “Absolutely.”

Joffrion said he wouldn’t be surprised if more candidates got into the Republican or Democratic primaries for Gaetz’s seat given the legal questions swirling around the incumbent lawmaker.

“Let’s be honest, politics is a dog-eat-dog world and I wouldn’t be shocked with as vulnerable as [Gaetz] is some other candidates see this as an opportunity to go ahead and get elected and do it,” Joffrion said. “I wouldn’t surprised at all.”

Jones’ interest in running increased after the mob attack on the Capitol in Washington DC on 6 January. Hours after the attack Gaetz defended Trump against criticism that he incited the assault.

“With everything that happened on 6 January, that really spurred Bryan into action – ‘look this is ridiculous, I’ve got to do it. I think I better represent the traditional Republican values better than Gaetz does,’” Joffrion said.

Gaetz has stressed his innocence, arguing that all the investigations against him are part of an attempt by his political enemies to undermine him.

The Florida congressman has sparred with members of his own party, often in relation to defending some of the most outlandish and unsubstantiated claims of Trump.

In a Congress where Democrats hold razor thin majorities in the House and Senate, a vulnerable member of Congress like Gaetz would be a ripe target for both Republicans and Democrats. But Gaetz’s district is ruby red and has voted reliably Republican for decades and a Republican primary challenger is more likely to unseat Gaetz than a Democrat.

New Politics initially connected with Jones through its leadership academy. 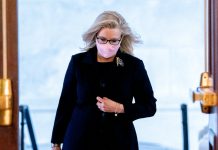 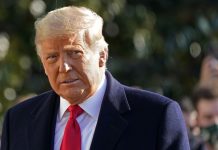 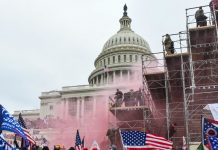 Trump Acting Attorney General to Say No Widespread Fraud in 2020 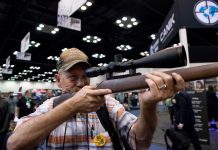 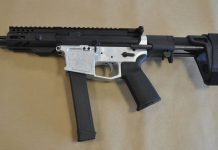 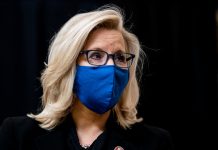 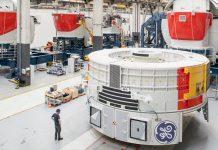 For Clean Energy, Buy American or Buy It Quick and Cheap?