The former UK ambassador in Washington, Kim Darroch, has warned of a “genuine risk” of violence in the aftermath of a close-run US election in November.

Darroch noted that although Joe Biden is maintaining a significant lead nationwide, the margins in some battleground states are shrinking, and he suggested pollsters could be systematically undercounting Donald Trump supporters.

“I’m not sure the pollsters really know how to count Trump voters,” Darroch said in an interview.

He pointed to the recent violence in Portland, Oregon, and Kenosha, Wisconsin, in the wake of police shooting of unarmed Black Americans, and the case of Kyle Rittenhouse, a fervent police supporter facing homicide charges after a shooting incident in Kenosha that left two people dead and a third seriously injured. Rittenhouse has since been hailed as a vigilante hero by the far right.

The crescendo of violence as the 3 November vote looms raises the stakes of a close and disputed election, Darroch said.

“It’s probably much closer on the ground to the battleground states, and it seems from the polls,” Darroch told the Guardian.

“Postal voting is clearly going to play a big part in this election, and it feels to me like the Trump campaign are building this up, especially if it’s close, to declare it rigged or invalid,” the former ambassador, now Lord Darroch of Kew, said.

“If Biden wins, there is a question whether the Trump base will really support or accept that as the outcome. Equally, if it looks like postal votes have been under counted or there is serious voter suppression you worry about the other side of the argument,” he added. “It feels very volatile.”

Asked about the risk of violence on the streets, Darroch said: “I think it’s there. All of us have watched Portland and Kenosha, and it feels like a genuine risk. That 17-year-old who shot the demonstrators and the reaction in alt-right circles is really scary.

“Whoever wins, you just hope that people will accept the result and take it calmly, though I couldn’t say I’m certain that will be the case,” he said.

He also pointed to the threat of a repeat of Russian interference in the 2016 election. But he is sceptical about suspicions that Vladimir Putin has a secret source of leverage on Trump.

“For me, the likeliest theory is that [the Kremlin] really didn’t want Hillary Clinton as president: anyone but her. They knew her well from her time as secretary of state and hadn’t liked what they had seen,” the former ambassador said.

“In part, [they intervened] because they could. Putin’s formative years had been in the KGB. He knew what they could do, and believed in using their skills and capabilities. Once a KGB man, always a KGB man.”

“If systematically repeated in future elections around the world, it might discredit democracy for a generation,” he said.

Kim Darroch: ‘Whoever wins the US election, you just hope that people will accept the result and take it calmly.’ Photograph: Niall Carson/PA

Darroch resigned as ambassador to the US in July last year, after his reporting on the early stages of the Trump era was leaked to the press, in which he highlighted the turmoil inside the administration.

“As seen from here, we really don’t believe that this administration is going to become substantially more normal; less dysfunctional, less unpredictable, less faction-riven, less diplomatically clumsy and inept,” he reported in the summer of 2017.

He has described his experiences and the circumstances surrounding his ouster in a memoir, Collateral Damage, published this week in the UK and next month in the US.

One of the leaked documents was a letter which had very limited circulation in Whitehall, but a year-long police investigation has not led to an arrest.

“That letter should have been on very, very few files,” Darroch said. “How many it is for the police to say, and as far as I know they are still continuing their investigations.”

Darroch said his three leading theories was that the leaker was someone outraged a British ambassador could be privately critical of a US president, or felt Darroch was not sufficiently pro-Brexit, or who was involved in an intricate plot to try to influence the choice of his successor. In the end the post did not go to a political appointee, as many had suspected, but to another career diplomat, Karen Pierce, who was at the time the UK’s permanent representative at the UN.

“I would just be fascinated at the motivation behind it,” Darroch said. “So if the person responsible was nailed and it was possible for me to talk to them, I would just want to say: ‘Why did you do it?’” 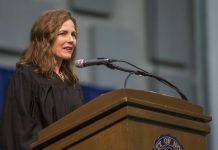 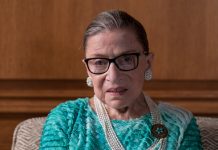 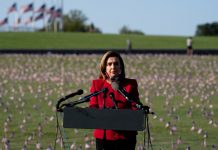 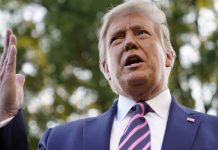 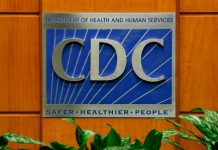 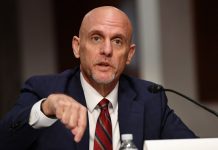 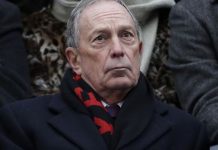 Michael Bloomberg pays off $16m in fines to help 32,000 black and Hispanic felons vote in Florida 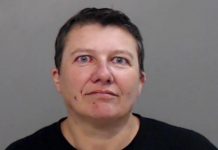 Migrant women to no longer see doctor accused of misconduct 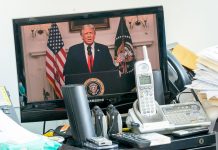 Officials outside bureau made decision to speed US census, report finds