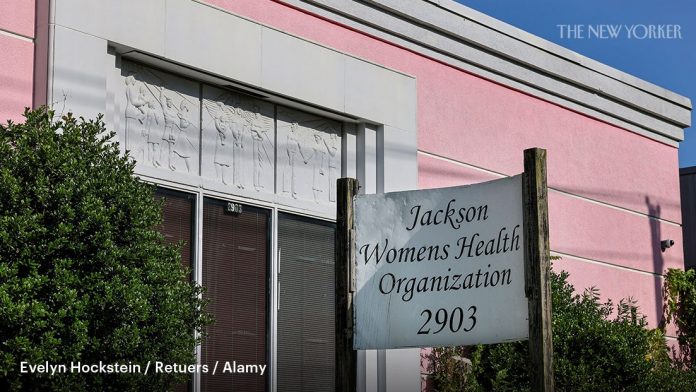 One of the most striking facts in Dobbs v. Jackson Women’s Health Organization, a case that the Supreme Court has now agreed to hear, ­concerns the identity of one of the parties. Jackson Women’s Health is the only ­licensed abortion clinic in Mississippi. Women seeking its services often have to travel hundreds of miles to the pink building on North State Street, in Jackson, and to either make the trip twice or find somewhere to stay—­Mississippi ­imposes a twenty-four-hour waiting ­period after mandatory in-person counselling. Girls younger than eighteen need a parent’s permission or a waiver from a court. And when a woman ­arrives she is ­usually subjected to people shouting through megaphones that she is murdering her child. The city tried to limit the noise, which reportedly can be heard inside businesses down the street, but the or­di­nance was revoked after a challenge. “If there are protesters outside on the day of your procedure, please ignore them and come directly into the clinic,” the clinic’s Web site advises. “You don’t have to stop.”

Jackson Women’s Health has another distinction. There is every possibility that the case bearing its name—along with that of Thomas Dobbs, the state health officer of Mississippi—will be the one that either overturns Roe v. Wade and Planned Parenthood of Southeastern Pennsylvania v. Casey, the two Supreme Court rulings that are the bedrocks of reproductive rights, or renders them powerless. This case began as a challenge to a Mississippi law forbidding abortions after fifteen weeks (counting from a woman’s last menstrual period), except in very narrow circumstances. A woman would have to be facing a medical emergency that could cause “substantial and irreversible impairment of a major bodily function”—or threaten her life. The only other exception would be if doctors determined that the fetus, even if carried to full term, could not survive. Rape and incest would not be taken into account.

Crucially, fifteen weeks is well before the point at which a fetus would be viable outside the womb, and that is also the point at which the Supreme Court has said that a woman’s interest in controlling her own body outweighs any other interests the state has. The Mississippi law is so clearly contrary to the Court’s precedents that Judge James Ho, a Trump appointee to the Fifth U.S. Circuit Court of Appeals, wrote in an opinion in 2019 that it was his “duty” to strike it down, even as he railed about pain being inflicted on “innocent babies.” Similar state laws are regularly batted down. Why, then, did the Court take this one?

The obvious, depressing answer is that Dobbs v. Jackson Women’s Health will be argued in the term that begins in October, with Amy Coney Barrett seated in place of Ruth Bader Ginsburg, who died last September. It’s a good bet that Barrett, Neil Gorsuch, and Brett Kavanaugh—the Trump trio—along with Samuel Alito and Clarence Thomas, will try to severely limit reproductive rights. They wouldn’t even need John Roberts. Groups working to restrict those rights plainly see this as a moment of opportunity. In the past few months, there has been a frenzy of anti-­choice legislation at the state level; the Guttmacher Institute tallied twenty-­eight new restrictions signed into law in the four days between April 26th and April 29th alone. The most pressing question now may be not whether Roe and Casey can survive but how reproductive rights can be sustained without them.

The specific question the Court has said it will examine is this: “Whether all pre-viability prohibitions on elective abortions are unconstitutional.” The wording is important. Casey allows states to regulate abortion in certain ways, even before viability, as long as the rules do not put an “undue burden” on women. The burdens have nonetheless become quite undue in recent years, from mandatory waiting periods to licensing requirements designed to close down clinics. It’s not an accident that there is only one clinic in Mississippi, and just a few in Alabama, Arkansas, Louisiana, and other states. About ninety per cent of the counties in the United States lack an abortion clinic. Before the pandemic, the A.P. estimated that, in a five-year period, more than two hundred and seventy thousand women travelled to another state to obtain an abortion. Even now, the reality of abortion access for a woman in the Northeast or California is in stark contrast with that for a woman in the South or the Midwest. The Mississippi case is different and more radical because the state claims, implausibly, that its near-total ban on abortion after fifteen weeks is merely a regulation of the sort envisioned by Casey. Indeed, the state, in its brief for the Court, objects strongly to the use of the word “ban” to describe the law.

A particularly shameless defense of the Mississippi law can be found in an amicus-curiae brief filed by Texas and seventeen other states. It argues that the Court should treat the Mississippi law not as a profound conceptual shift, from regulation to prohibition, but as a small adjustment, because it’s already so difficult to get an abortion in that state. Jackson Women’s Health offers abortions only until the sixteenth week, and the amicus brief insists that the clinic must “explain why these women could not schedule their abortions one week earlier.” This argument is doubly disingenuous because, soon after the Fifth Circuit struck down the post-fifteen-week ban, Mississippi passed an even more extreme one, on abortions after six weeks. That law has been blocked by the courts. There are also pending challenges to near-total bans approved in Arkansas, in March, and in Oklahoma, in April—and to a law that Governor Greg Abbott, of Texas, signed on May 19th, banning abortion after the detection of a heartbeat, which can be as soon as six weeks and often before a woman knows that she is ­pregnant.

And yet, as harsh as the heartbeat law is, it took Texas only a week to outdo it. Last Wednesday, the state legislature approved what is known as a “trigger law,” which would go into effect if Roe is overturned. It would ban abortion almost entirely, as would similar trigger laws that exist in a dozen other states, such as Missouri, Tennessee, and Utah. (Several of those states also have heartbeat legislation.) By comparison, about a dozen states have measures in place to safeguard access to abortion to a certain extent. California, for example, still has a pre-Roe law legalizing abortion on the books. More states need more robust trigger laws that would protect reproductive rights, and they will likely need them soon. Some of the most crucial conflicts in the coming years are likely to be in state legislatures, waged in the spaces between landmark Court cases. The Mississippi case need not be the end. ♦ 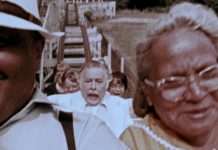 A Rediscovered Featurette from the Modern Master of Horror 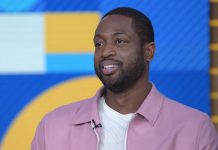 Dwyane Wade Celebrates His “Hero” Trans Daughter: “She’s the Strong One in This Family” 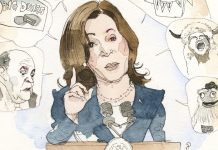 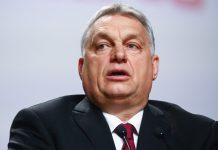 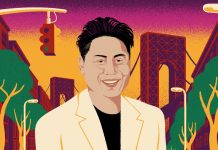 Jon M. Chu on “In the Heights” 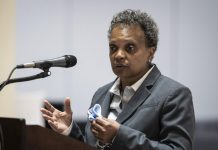 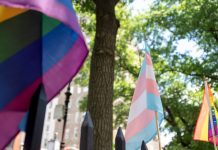 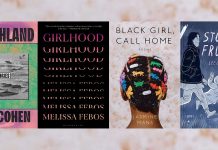 The 15 LGBTQ+ Books We’re Most Excited About This Year 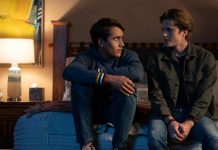 Love, Victor Knows What It’s Like to Not Have “Liberal White Parents” 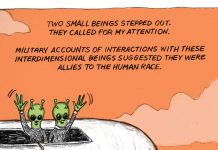 They Come in Peace 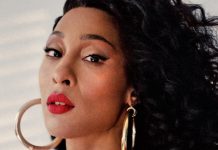 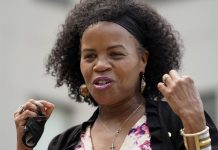