I’m an unabashed fan of “The Trip” and its three sequels. They’re the British talk-verité road comedies in which Steve Coogan and Rob Brydon, playing heightened versions of their quicksilver acid-tongued middle-aged selves, drive around some lovely European country (England, Italy, Spain, Greece), stopping for lavish lunches at Michelin-star restaurants as they slice and dice each other’s egos with the quippiest of thoughts — a one-upmanship game between frenemies that periodically bursts out into their dueling impersonations of some legendary movie star. (The most hilarious was Michael Caine. They’ve also done indelible takeoffs on Al Pacino, Dustin Hoffman, Sean Connery, Woody Allen and Hugh Grant.)

It’s hard to pinpoint what it is that gives the “Trip” movies their special tang, but the whole rapid-fire competitive banter of Coogan and Brydon, most of which they make up on the spot, reminds me of the razzing prankishness of “A Hard Day’s Night” with a touch of the conversational enchantment of “My Dinner with Andre.” These are comedies to take seriously (though not too seriously). They’re also dramas to take lightly.

And now, it seems, they’re going to be missed.

With the release, on May 22, of “The Trip to Greece,” Coogan, Brydon and their director, Michael Winterbottom, have announced that they’re packing it in. There will be no more “Trip” movies — at least, for a good long time. Each of the four films, going back to “The Trip” in 2010, was carved out of a six-episode BBC series (each series, in total, is about one-and-a-half times longer than the film it was whittled down to). To do another movie, they would need, theoretically, to do another series, and that’s not in the cards.

I think, though, that letting go of the films now is a mistake. Sure, you could make a case (I have) that the “Trip” films are kind of running out of tricks, that we’ve seen Coogan and Brydon do even their mightiest impersonations once too often, and that the wistful grace notes of all-the-world’s-a-stage melancholy that give the series its soul were there from the beginning, so there’s no real point in trying to “deepen” the material. It’s already about as deep as it’s going to get.

Yet “The Trip to Greece” falls short being of the grand finale the series has earned. You could say that they’re going out humbly, without fanfare (and without any risk of jumping the shark), and that that’s a good thing. It’s also very British. But here’s why Coogan, Brydon, and Winterbottom should consider one more go-round — and here’s what, exactly, I think it should be.

“The Trip to Greece” wasn’t an ending, it was just a stop.

The new movie takes pains to have a dark undercurrent or two, especially after Coogan learns that his father has been taken ill. Yet even this sets up what is less a closing note than a kind of spiritual cliffhanger: What’s Coogan going to do when his vanity comes up against mortality? It’s never answered.

For a series that’s this fixated on American movie stardom, it needs to get out of its Euro comfort zone.

The “Trip” films are epicurean buddy-movie travelogues that might have been bankrolled by the European tourism industry. Each one, among other things, is a tossed-off advertisement for the glories of landscape, cuisine, history. The documentary shots of food being prepared in restaurant kitchens — we tend to see a dish being tossed in a smoking pan just before it’s served to our heroes — are like privileged glimpses of ancient trade secrets. It’s all very luscious, very civilized, very Continental. So where would they go next — to France? Sweden? Germany? Ireland? No way. That formula truly is spent. So I think it’s time that Coogan and Brydon journeyed to the belly of the beast. The fifth and final “Trip” film should be…”The Trip to California.” The two would start in the Pacific Northwest, drive down through San Francisco along the Pacific Coast Highway, and end up — of course — in Los Angeles, where they can finally confront the place that’s the source of so many of their dreams.

They need to try out some radical new impressions.

In every “Trip” sequel, there are golden oldies — a touch of Pacino, a mumbled snippet of Tom Hardy — and at least one great new one, like the Dustin Hoffman-and-Laurence-Olivier-in-“Marathon-Man” set piece that’s the funniest sequence in “The Trip to Greece.” Yet as much as I adore these flashbacks to the ’70s, there’s a whole new world out there waiting to be mimicked into oblivion, and these are the guys to do it, even if Coogan now claims that he couldn’t care less about being an impressionist. (Maybe so, but he’s so great at it that that’s simply his version of every comedian wanting to play Hamlet.) They could do Brad Pitt, John Travolta, Daniel Day-Lewis, Nicolas Cage, Jim Carrey, Quentin Tarantino…the sky of empathetic ridicule is the limit. “The Trip to California” should be the Coogan-and-Brydon celebrity roast to end all celebrity roasts.

They need face-to-face encounters with one or two of their prime targets.

This may sound like it edges into shark-jumping terrain, but how perfect would it be if, in the final “Trip” film, they actually ran into Michael Caine — and wound up conducting a three-way Caine dialogue with him? Or if they did the same thing with Pacino? The last “Trip” film should bring us to a delirious comic high, leaving us with a feeling of deliverance. A scene like that would do that trick.

The film should be a light-handed meditation on comedy and acting.

We’ve heard enough, in bits and pieces, about Coogan and Brydon’s personal lives to kind of know who they are. But what is it that drives them, in their hidden hearts, as actor-comedians? In “The Trip to California,” their six-day trip should culminate in a joint appearance on “Jimmy Kimmel Live!” that’s as rivetingly funny and drop-dead revealing, in its way, as the talk-show climax of “Joker.” (They could meet Michael Caine there!) Which is to say…

“The Trip to California” should be a heady celebration of showbiz.

Where, in Hollywood, does fantasy end and reality begin? And where is that line in these two men’s souls, as they play themselves in a series of movies where every moment is “real” and every moment is a performance? “The Trip to California” should end — and end the series — by going out with a big bang of meta hilarity. We, along with Coogan and Brydon, deserve nothing less. 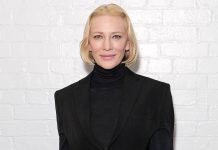 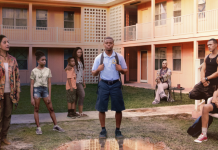 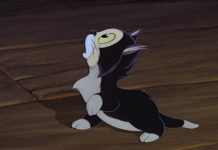 What Disneyland Does With The Feral Cats That Live There 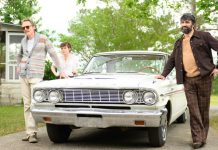