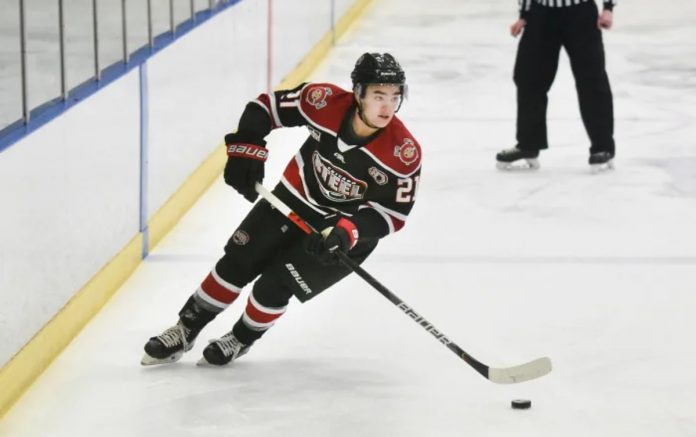 The USHL kicks off its 2020-21 season this weekend, putting some very eager junior players on the ice after a long off-season. This will be an interesting season, as some big-name players who were either in college or scheduled to go to college have returned due to the uncertainty surrounding certain NCAA programs in the face of the pandemic.

Who are the players to watch? Glad you asked. The following is a list of the top 40 to keep an eye on, with an emphasis on NHL potential. That means the focus is current draft picks and those up in 2021 and, in some cases, beyond.

One caveat: there is often movement on USHL rosters. Some players go back to their Minnesota high school teams in the middle of the season, for example, while the NCAA uncertainty adds another layer of distortion. There is also the fact that the U.S. NTDP teams (under-17 and under-18) play games in the USHL, but not a full schedule. Those NTDP squads are also loaded with elite players and the list would get unbalanced if I went on pure merit. Because I’m using this as a bit of a season preview, every franchise gets at least one player on the list and I’m limiting the NTDP to five players from the under-18 squad since this is their NHL draft year. The under-17s are amazing this season, but I’m sure I will cover them elsewhere on the website this year. And for the record, Scott Morrow, the incredible defenseman and 2021 NHL draft prospect, is already playing with Shattuck-St. Mary’s prep school in Minnesota, but he may play some games with the Fargo Force eventually. Similarly, defenseman Luke Mittelstadt (2021) is not listed for Lincoln as he will play for Eden Prairie high school in Minnesota for most of the campaign (though he will start with the Stars).

With all that out of the way, let’s get to the list:

1. Sean Farrell, LW, Chicago Steel (MTL): Smart, skilled and versatile, Farrell should put up some big numbers once again while he waits to see if Harvard has a season.

2. John Farinacci, C, Muskegon Lumberjacks (ARI): Another Harvard kid in limbo, Farinacci actually played last season for the Crimson, so he’ll give the Jacks a huge boost with his well-rounded game.

3. Luke Hughes, D, U.S. NTDP (2021): The third Hughes brother is an incredible skater and bigger than Quinn and Jack. Luke, a Michigan commit, is one of the best blueliners in a draft class with a number of great D-men.

5. Chaz Lucius, C, U.S. NTDP (2021): Right now he’s out with a lower-body injury, but Lucius is one of the most dangerous offensive weapons in the draft (look out for his younger brother Cruz, too). He’s a Minnesota commit.

6. Mackie Samoskevich, RW, Chicago Steel (2021): The former Shattucks standout is coming off a nice season with the Steel and will surely take on a bigger role as a veteran. He’s a Michigan commit.

7. Hobie Hedquist, G, Dubuque Fighting Saints (2021): One of the most intriguing goaltenders in the draft, Hedquist has the size and athleticism to be a difference-maker as a rookie. He’s a North Dakota commit.

8. Guillaume Richard, D, Tri-City Storm (2021): The smooth Canadian blueliner is a Maine commit who garnered great interest from the QMJHL but is sticking with Tri-City until his college career begins.

9. Ethan Edwards, D, Sioux City Musketeers (NJ): An excellent skater with a lot of raw upside, Edwards finds a perfect landing spot before he heads off to NCAA Michigan.

10. Adam Fantilli, C, Chicago Steel (2023): True, he’s not draft eligible for another few years, but Fantilli is an elite prospect thanks to his speed and skill. He’s going to shine in Chicago.

11. Sasha Pastujov, RW, U.S. NTDP (2021): One of the NTDP’s early scoring leaders this season, Pastujov is a playmaker who has been showing off his goal-scoring side. He’s a Notre Dame commit.

12. Lucas Mercuri, C, Des Moines Buccaneers (CAR): A talented power forward in the making, Mercuri is coming off a prep school title in New England and will return to the area as a UMass commit.

13. Henry Thrun, D, Dubuque Fighting Saints (ANA): Another Harvard kid waiting for clarity, Thrun is coming off a great freshman year with the Crimson and will really help Dubuque’s back end.

14. Daniil Gushchin, RW, Muskegon Lumberjacks (SJ): A dynamic kid with game-breaking ability, Gushchin is back in Muskegon on loan from OHL Niagara – where the IceDogs won’t start until February.

15. Mason Lohrei, D, Green Bay Gamblers (BOS): The Bruins’ first pick in 2020 is a USHL veteran who moves the puck and will wear an ‘A’ for the Gamblers. Lohrei is an Ohio State commit.

16. Roman Schmidt, D, U.S. NTDP (2021): A big blueliner who skates well and has great reach, Schmidt is a Boston University commit who played on the same Toronto under-16 team as phenom Shane Wright.

19. Jack Peart, D, Fargo Force (2021): One of the top-scoring players in the pre-season, Peart is a dynamic defenseman who uses his vision and skating to make things happen. He’s a St. Cloud State commit.

20. Kenny Connors, C, Dubuque Fighting Saints (2021): A solid 200-foot player, Connors is a natural center who may play on the wing for the Saints in order to give him a bigger role for now. He’s a UMass commit.

22. JP Turner, C, Sioux Falls Stampede (2021): One of the top scorers for Avon Old Farms prep school last year, Turner gets a great chance to build his game in Sioux Falls before heading off to the University of New Hampshire.

25. Luke Levandowski, LW, Chicago Steel (2021): An incredibly dynamic talent who tore up the Minnesota high school ranks with Rosemount last year, Levandowski takes the next step with Chicago before heading to the University of Wisconsin.

26. Jackson Kunz, RW, Green Bay Gamblers (VAN): A heavy kid who is hard to knock off the puck and goes hard in the corners, Kunz is a Shattuck-St. Mary’s product committed to North Dakota.

28. Matt Coronato, LW, Chicago Steel (2021): Late birthday brings back some nice scoring punch to a Steel team that has a high bar to live up to. Coronato is a Harvard commit.

29. Noah Ellis, D, Des Moines Buccaneers (VGK): Stable defenseman made a name for himself at the Hlinka-Gretzky tournament; he’s a UMass commit.

30. Dylan Duke, LW, U.S. NTDP (USHL): One of the best goal-scorers on the team last year, Duke is once again posting points early for the NTDP, albeit as a playmaker. He’s a Michigan commit.

36. Wyatt Schingoethe, C, Waterloo Black Hawks (TOR): Solid two-way player returns to Hawks before he heads off to the University of Denver.

39. Hunter Strand, LW, Tri-City Storm (2021): NTDP grad gets a chance to spread his wings in Tri-City before he heads off to Notre Dame.

40. Cooper Black, G, Omaha Lancers: Undrafted netminder still has a year of eligibility and with a 6-foot-8 frame, he’s got a chance to turn some heads. 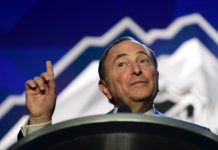 Does the NHL Have a Leg to Stand On When it Comes to its Demands? 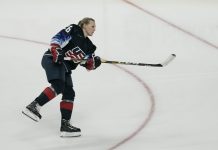 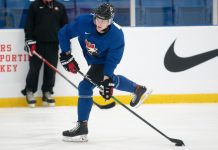 Avs Prospect Bowen Byram is a Step Ahead of His Peers 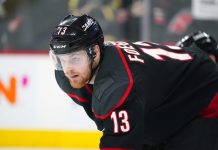 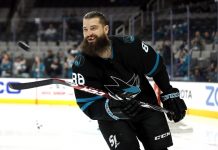 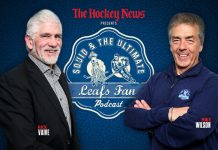 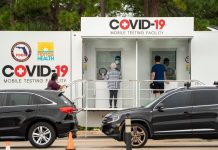 NHL and Players Squabbling Over Money is a Really, Really Bad Look 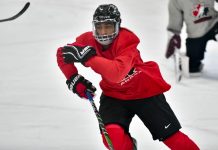 In His Second Attempt, Quinton Byfield is Primed for a Breakout World Junior Effort 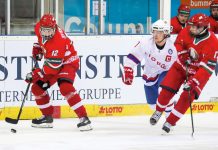 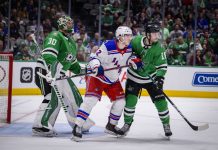 How Far Will the Players Allow the NHL to Push Them in Their Latest Stand-Off?