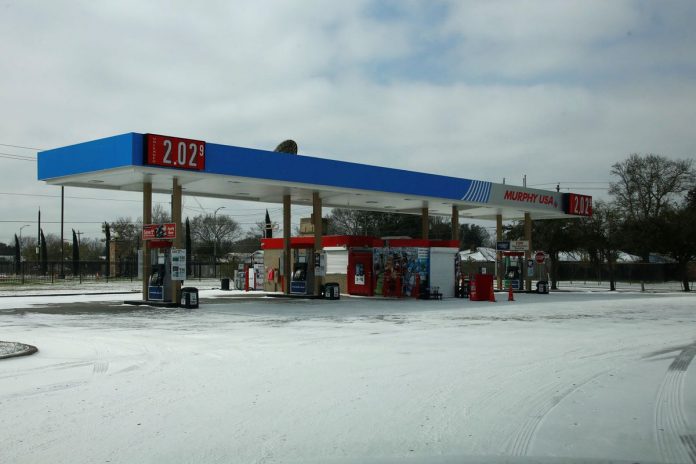 I have friends and colleagues throughout the state of Texas so I am following the situation closely through social media. One friend posted from a Houston suburb that it was 19 degrees F outside and 52 degrees in his house. Like much of the state, he is without power, and it is not clear when he will get it back. My immediate thought was that a dangerous situation is unfolding in Texas with this compound weather event. and its not related to a hurricane. Let’s provide some context on this dangerous mix of weather, energy, tragedy, and misinformation.

At the time of writing, nearly 4.3 million power outages were being tracked in Texas by PowerOutage.us. The Houston Chronicle announced that it may not be able to print its Tuesday edition because of the power outages. At least two deaths had been attributed to the cold and other fatalities were associated with a massive pileup in Fort Worth last week. Of more immediate concern, people are literally trying to find ways to stay warm in their homes as some of the most frigid air of the winter season digs in. This increases the risk of carbon monoxide poisoning as people use generators, gas fireplaces, grills, or cars for heat. Weather Channel Meteorologist Tevin Wooten tweeted the cautionary note below, and CNN published a guide to proper use of certain heating resources.

My gut tells me that this is a “red flag” compound weather event. What’s that? In scouring the literature, I saw a few examples, but nothing that I was particularly comfortable with using. One perspective defines it as involving multiple weather events. Another perspective framed them more from a climate perspective. Both are completely valid. When I testified before the U.S. Congressional House Science Committee in 2019, my written testimony stated, “….United States faces amplified and compounded risks from extreme weather, population pressures, and wealth.” For the sake of argument I will offer my definition of a compound weather event – “one that disrupts societal well-being, infrastructure, economic activity or public health via direct impacts and/or compounded ones involving cascading, reinforcing, or amplifying effects.”

Texas experienced another compound weather event in 2017 with Hurricane Harvey. The storm made landfall near Corpus Christi, Texas as a Category 4 hurricane with all of the disruptive elements expected and then lingered in the Houston area for days. The economic, public health, racial disparities, hydrological, transportation, housing, and meteorological impacts of Harvey still resonate within Texas. For me, the very nature of a compound weather event is that I used so many commas in that previous sentence.

The recent winter storm in Texas (and much of the country for that matter) is causing business closures, a 100+ car pileups, massive power outages, economic disruption and more. It has also raised questions about the state’s independent power grid and prompted misinformation about the role of renewable energy in the outages. This Bloomberg article, “Frozen Wind Farms Are Just A Small Piece Of Texas’s Power Woes,” captures a lot of the innuendo and political maneuvering that is currently out there.

It is all a cautionary tell that illustrates how weather and climate events are intricately woven into the fabric of life. Storms, hurricanes, droughts, floods, and tornadoes impact every facet of society even when people do not see the connections directly. It is completely understandable why staffers followed up with me after the Congressional hearings. They recognized the danger of compound weather events.

Unfortunately for Texas, there is another chance of wintry precipitation and cold temperatures this week.