Steve Biddulph is telling me about a patient who came to him after a life-changing incident in a car park. The woman, Andie, was getting into her car when she noticed a figure in the distance moving towards her. The young man looked nice, well dressed. He called to her, but she couldn’t make out his words. Andie’s stomach twinged. She had been raised to be polite and helpful, but the knot in her stomach tightened. She shut the car door and drove away. Later, she learned that the next woman to enter that quiet car park was brutally attacked.

Biddulph is a psychologist, known for his bestselling parenting books Raising Boys and Raising Girls. In his latest book, though, he has turned his attention to the human race in general and, in particular, to the tiny clench in Andie’s stomach that overrode her conditioning and gave her the right answer. Fully Human is a paean to what Biddulph calls “supersense”: the ability of our bodies to make our deepest feelings known to us – and of our brains to process these twinges and flutters into a simple “yes” or “no”.

“We think ourselves very advanced and perhaps the best people who’ve ever lived on the planet,” he says. “But it’s likely that we are actually quite impaired in the way we use our minds – and that’s the premise of the book.” It is a convention of self-help literature to remind us of the fight-or-flight responses that saved early humans from sabre-toothed tigers. But Biddulph seems to be saying that our “gut feelings” offer daily guidance on all our difficult decision-making, from leaving a relationship to changing our hairstyle – if only we would pay attention.

While he was writing, a funny thing happened. He began to notice his own “operating system”, checking the “continuous signals”, like Andie’s stomach clenching, down the middle of his body. We are speaking on a video call – Biddulph is in his writer’s cottage on the Tamar estuary in Tasmania – and he leans forward to explain. “I’m getting along better with my wife and my kids are saying: ‘We’ve always loved you, but we like you better now.’” He laughs, a little nervously. “What’s happening is people are saying I’m more present and more steady and more calm. And I feel like things are going more smoothly.”

According to the wisdom of Fully Human, this is because Biddulph now occupies all of his four-storey mansion. This is not a real building, but a metaphor he has devised to help “partial humans” heed their guidance systems. Broadly speaking, the first floor represents the body, the second our emotions, the third our thoughts and the fourth a roof terrace open to the stars – because the world is large. Biddulph was raised – initially in Redcar, North Yorkshire, then from the age of nine in Melbourne – on the third floor. In other words, in his own head.

Men often get stuck on this storey, he says – a theme familiar to readers of his 1994 book Manhood. For Biddulph, men remain “a big concern”. Fully Human “has a chapter on fixing men – it doesn’t have one on fixing women”, he says. He believes that “all the harm in the world is done by men who are not able to read their own feelings”.

If people inhabited all the floors, “huge contradictions would become obvious”. All those flutters and tingles would alert us to our unease – an awareness that “automatically starts to change us”, he says. It is a simple idea and I have enjoyed patrolling my own mansion while reading his book. At this point in our conversation, I have a coughing fit that no amount of tea will stem. I can just make out Biddulph’s soft, kindly voice: “It’s all right. Go back down into your stomach and midline …”

It seems incredible that someone whose books have helped millions of families should be experiencing an uplift in his own familial relationships at the age of 67. But Biddulph says he has never regarded himself as an “expert”. The very word causes “automatic damage”, a blow to a reader’s self-esteem. “I’m learning this stuff,” he says. “I regard myself as a remedial case of a human being.”

A few days after we speak, I realise I am not sure what he meant by “remedial case”, so I email him to check. “I had to learn how to join the human race fully,” he replies.

When he was 54, Biddulph discovered something new about himself. This was in the days before the four-storey mansion. He was staying with a psychiatrist friend in England. The friend asked Biddulph many questions, listened to the answers and then told Biddulph he had Asperger syndrome, an autism spectrum condition.

“These days, you can pay $4,000 for a series of tests,” Biddulph says. But he chose to accept his friend’s conclusion. “It was one of those moments where all of a sudden all these dominoes fall right back through your memory banks. It just made sense.”

As a child, Biddulph was “the least extroverted, most unsocial kid in the class”. His teen years, when social skills came to the fore, were spent “feeling that I was on the outer”. In the book, he describes himself at 16 as “an at-risk young man”. A bumpy few years ensued.

“I kind of ran away from home,” he says, as if asking a question. He abandoned his physics and maths degree. “Everything wasn’t working and I couldn’t get along with my parents. They kind of gave up on me – not in a not-caring sense, but they just couldn’t cope.” Youth workers in Melbourne got him a place to live and a job helping children to read. “I thought: ‘I like this, but I won’t get to do it for long if I don’t get some qualifications. So I went back to university and I started all over again, doing psychology this time.” He found his place in the world.

He also met Shaaron, his future wife, on an Easter camp in the Dandenong Ranges, east of Melbourne, after which he moved to Tasmania to finish his degree – and to pursue her. “That worked really well,” he says. They have been together for 47 years. Shaaron, a nurse and social worker, co-wrote several of his earlier books. She “nuances” them; knocks him off his various hobby horses.

His diagnosis, while informal, brought “a kind of relief. And there’s even a bit of … I guess you’d say Aspie pride. It’s going to take a while for the world to grant us [people with autism] our place in things. And every movement – black Pride, gay Pride – has had that important transition.”

I wonder what Biddulph thinks of the fashion for fostering resilience as a way to regulate anxiety. Surely it is a greater ask of those with autism. “I don’t like ‘resilience’, because deep down it’s a blaming term,” he says. “It pins it on the individual. It’s saying: ‘You’re not good enough.’

“Civilisations crush people. And if we go along with that resilience myth … Well, it’s really good in a combat situation … But say a doctor goes on a beach holiday and spends half the time crying over the patients they lost. What the Fully Human book will say is: ‘Well done. That’s very functional. You’re not losing it. You’re not cracking up. You’re not “not coping”. This is what fully humanness looks like.’” Far from lacking resilience, the hypothetical medic is occupying all his storeys, releasing trauma in real time.

I don’t like ‘resilience’, because deep down it’s a blaming term

“What is at the very bottom of the human race’s difficulties in living in this world? I think it is the way we use our minds,” he says. That he can see this while others do not is partly because neurodivergent people have an ability to see and “state the obvious”. Look at the tale of The Emperor’s New Clothes, he says. An entire civilisation admires the emperor’s lavish robes when really he is stark naked. “The little boy who calls out: ‘He’s not wearing anything!’ I think that boy was one of us.” He mentions Greta Thunberg, who has also spoken about her Asperger’s.

Fully Human is the first of Biddulph’s books to address his autism. I wonder if he will write about it further. “Look, in a funny way, I think I always have,” he says. All his books offer “a logical framework for being in the world”, a guide to emotional attunement. Still, the latest is by far the most personal, drawing on his experience of a miscarriage with Shaaron and his sister’s death.

“I put stories in this book that I’ve never told people before, because I’m getting old and, like, who cares? I’ve had intimations of mortality, Paula,” he says. I assume he is referring to a kayaking accident, which he describes at the end of Fully Human. But he laughs. “No! That was an intimation of stupidity!” What then? “Nothing sinister. Just my body telling me: no more leaping around on stages.”

Still, there is a sense of a final, crucial act about this book, Biddulph’s “personal attempt to save the world”. He tells me this could be “the most helpful article you ever wrote”. I think he may only be half-joking when he says: “My previous books have not got the world on a good footing yet.” It is a big responsibility, humanity. “We are in real trouble. This is my last big shot … If only we can rehumanise ourselves in time.”

Fully Human: A New Way of Using Your Mind by Steve Biddulph (Pan Macmillan, £14.99) is out now. To order a copy, go to guardianbookshop.com. Delivery charges may apply. 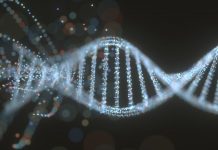 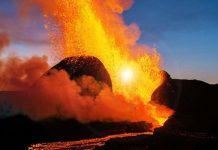 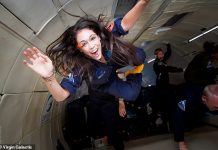 Virgin Galactic reveals plans to launch a scientist into space 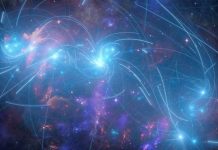 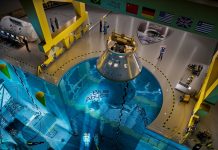 World's deepest pool is being built in Cornwall for £150M 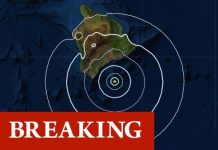 The empty office: what we lose when we work from home

From the archive: Callum Roberts on a life spent diving in coral reefs – podcast 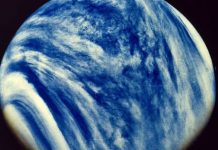 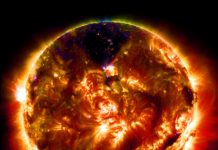 Nasa plans return to Venus with two missions by 2030