The spookiest thing about the season: Halloween’s hotter than ever before 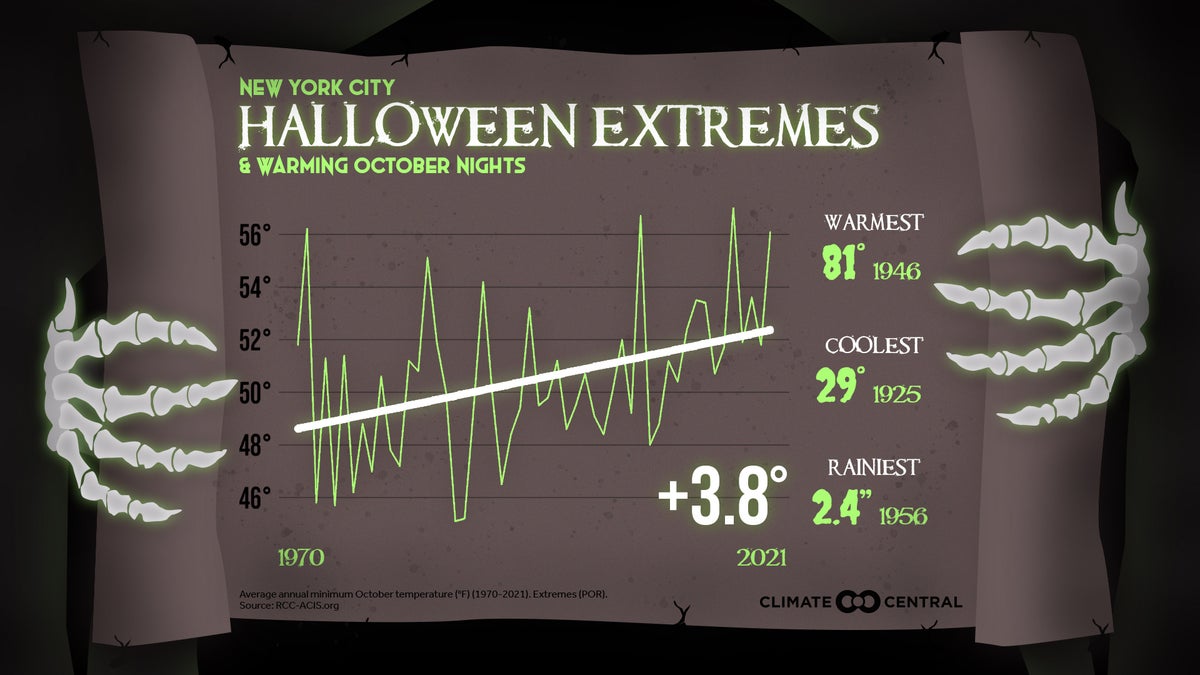 Get our free Climate email

On Monday night, parades of ghosts, skeletons and Spidermen will trek from home to home in annual Halloween candy-seeking pilgrimages. But a late fall chill may no longer accompany them.

Night-time October temperatures have gotten warmer in the past five decades across the US due to the climate crisis, according to new data from the non-profit Climate Central.

This trend isn’t just about warming autumn nights, however — it’s another reminder of the planetary heating that is making heatwaves, drought, wildfires and severe storms more frequent and more extreme.

Across 247 different US cities, the average October night warmed by nearly 2.9 degrees Fahrenheit (1.6 degrees Celsius) between 1970 and 2021, according to Climate Central.

In some cities, that growth has been even more dramatic. In New York City, for example, the traditionally cool October evenings have warmed by about 3.8F (2.1C) in the past 50 years.

Parts of the southern US saw even more drastic rises in average temperature. In Houston, Texas and Phoenix, Arizona, the average night-time temperature in October has risen by 5.1F (2.8C) and 5.5F (3.1C), respectively.

In a minority of cities, such as Grand Junction, Colorado and Rapid City, South Dakota, the average October night has gotten slightly cooler — a reminder that even as the climate crisis makes the planet warmer overall, local changes can be more erratic and varied.

In cities where Halloween has gotten hotter, these autumn evening temperatures are still relatively cool compared to some of the drastic and intense heat of the summer. But they belie a worrying trend.

While the highest temperatures typically happen during the afternoon in a heatwave, rising night-time temperatures can be especially dangerous. If temperatures don’t drop enough at night, people don’t get a chance to cool down and take a break from the punishing heat, according to the Center for Disease Control (CDC) — which can raise the risk of health issues like dehydration or heat stress.

A number of US regions got hit with a punishing heatwave at some point this summer. In Texas — which saw its hottest July on record — temperatures routinely reached around 100F (38C) for days on end.

These kinds of heatwaves are on pace to become even hotter and more common as the climate crisis worsens. If the world reaches 2C of warming above 19th-century temperatures, heatwaves that once occurred every 10 years will occur about every other year and get about 4.7F (2.6C) hotter, according to a UN climate science panel.

Already, the world has warmed about 1.2C.

Six dead and more than 250,000 without power as storm hits southern US

Over 1,000 flights cancelled amid dangerous winter weather in US south

With a Snowless January, New York Will Break a Record

No Snow in NYC Feels Nice — But Also A Little Unsettling 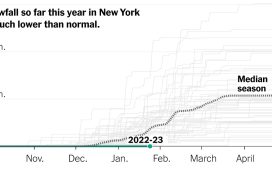