The Revelations of Thom Gunn’s Letters


The Victorian house, in the Upper Haight neighborhood of San Francisco, where the British-born poet Thom Gunn lived for more than thirty years and where he died, in 2004, at the age of seventy-four, is as pretty as all the other houses on Cole Street. It was purchased in part with a Guggenheim grant that Gunn received in 1971, and he shared it with his long-term partner, the theatre artist Mike Kitay, and various of their respective lovers and friends. In his queer home, Gunn, who is best known for his profound 1992 collection “The Man with Night Sweats,” a series of meditations on the impact of AIDS on his community, established a discipline of care that was a source of stability and comfort to him during the seismic changes in gay life that occurred during his years there. “Three or four times a week someone cooks for the whole house and guests,” Gunn wrote to a friend not long after moving in. “I have cooked for 12 several times already. . . . So things are working out very well: it is really, I realize, the way of living I’ve wanted for the last 6 years or so.”

One’s experience of Gunn’s poetry—which is, by turns, conversational, formal, and metaphysical, and often all three at once—is deeply enhanced by the life one discovers in “The Letters of Thom Gunn” (expertly co-edited by Michael Nott—who provides a heartfelt and knowledgeable introduction—and Gunn’s close friends the poets August Kleinzahler and Clive Wilmer). Gunn’s letters are a primer not only on literature (he taught a rigorous class at U.C. Berkeley on and off from 1958 to 1999) but on the poet himself, who had a tendency to hide in plain sight. “I’m the soul of indiscretion,” he once told his friend the editor and author Wendy Lesser, but he had an aversion to being seen, or, more accurately, to confessional writing that said too much too loudly. (In a 1982 poem, “Expression,” Gunn made droll sport of his exasperation: “For several weeks I have been reading / the poetry of my juniors. / Mother doesn’t understand, / and they hate Daddy, the noted alcoholic. / They write with black irony / of breakdown, mental institution, / and suicide attempt. . . . It is very poetic poetry.”)

“The deepest feeling always shows itself in silence; / Not in silence, but restraint”: so wrote Marianne Moore in 1924, and those lines came to mind again and again as I read Gunn’s letters, where he reveals himself, intentionally or not, by not constantly revealing himself. “You always credit me with lack of feeling because I often don’t show feeling,” he wrote to Kitay in 1963. “I’m sure that my feeling threshold is also much higher than yours, but also I don’t particularly want to show it. . . . I admire the understatement of feeling more than anything.”

Born in Gravesend, Kent, in 1929, William Guinneach Gunn—he added Thomson later—was the first child of Herbert and Charlotte Gunn. (A younger brother, Ander, to whom he was close throughout his life, was born in 1932.) His parents, who were both involved with words, met in 1921, at the offices of the Kent Messenger, where they were trainee journalists. Herbert became the northern editor of the conservative Daily Express, while Charlotte stayed at home and took care of the children. Gunn’s childhood, which he maintained was a very happy one, was traditional; he learned humility, gratitude, and political awareness in equal measure. (The first letter in the collection, dated 1939, was written to Gunn’s father: “Thank-you for the lovely toy theatre, we have played with it from early morn till sunset. . . . I go to a garden party to help ‘poor Spain’ on Saturday. Ander wants a pistol you shoot little films out of, you get them from Selfridges if this is not too spoily.”)

In one of his very few autobiographical essays, “My Life Up to Now” (1979), Gunn wrote, of Charlotte:

She was once seen at a party wearing an orchid pinned by a brooch in the shape of hammer and sickle. From this distance the combination sounds like a cliché of the thirties, but it wasn’t: other women wouldn’t have done something so outrageous. I see behind it an impudent and witty proclamation that she wanted to get the best of both worlds, and at the same time I can see the half-rueful self-criticism.

For middle-class English women of Charlotte’s generation (she was no Bloomsbury aristocrat), calling attention to oneself was just not done. Charlotte was a voracious reader, and inspired a love of language in her elder son. “The house was full of books,” Gunn wrote in “My Life Up to Now.” “From her I got the complete implicit idea, from as far back as I can remember, of books as not just a commentary on life but a part of its continuing activity.” In a 1999 interview with James Campbell, Gunn recalled how when he was eleven, during the Blitz, living at the boarding school Bedales, he asked his mother what he should give her for her birthday. “Why don’t you write me a novel?” she replied. He did, composing a chapter a day during the school’s afternoon siesta time.

We learn to make art by refracting and rearranging what we intuit about the emotional atmosphere we live in: Gunn’s novel, which involved adultery and divorce and was titled “The Flirt,” may have been a reimagining of what he saw at home. Between 1936, when Charlotte and Herbert separated for the first time, and 1944, when she died by her own hand, Charlotte had an affair with a friend of Herbert’s, Ronald (Joe) Hyde, returned to Herbert, separated from him again, divorced him, married Hyde, broke up with Hyde, reconciled, and then separated again. It was in December, four days after Christmas, that Charlotte barricaded herself in the kitchen and put a gas poker in her mouth. Her sons found her the next morning. The morning after that, Gunn wrote this in his diary:

She committed suicide by holding a gas-poker to her head, and covering it all with a tartan rug we had. She was lying on the sheepskin rug, dressed in her beautiful long red dressing-gown, and pillows were under her head. Her legs were apart, one shoe half off, and her legs were white and hard and cold, and the hairs seemed out of place growing on them. . . . Ander began to scream “Mother’s dead! She’s killed herself,” before I could even realize that she was. . . . There was a smell, but not a very great one, of gas. It haunted us for the whole day afterwards. I turned the gas off and Ander took the gas poker out of her hands. . . . We uncovered her face. How horrible it was! Ander said afterwards to me that the eyes were open, but I thought they were closed. . . . But oh! mother, from the time when I left you at eleven on Thursday night until four in the morning, what did you do? She died quickly and peacefully, they said, but what agonies of mind she must have passed through during the night. . . . I kissed her legs.—Then called the police.

The image of fifteen-year-old Gunn kissing his mother’s legs is like a Pietà in reverse: he’s Jesus offering Mary a caress. Grief separates the body from itself. You can be in a room with the most terrible thing you’ll experience and not be there at all. Gunn’s anguish here doesn’t detract from his photographic powers of description. His diary entry is not included in the “Letters”—it appears in the British edition of Gunn’s “Selected Poems”—but it should have been. Marvelling at the horror of this scene and Gunn’s control in the midst of it helps prepare you for what comes later: all the dead bodies he describes, examines, and kisses goodbye in “The Man with Night Sweats.” 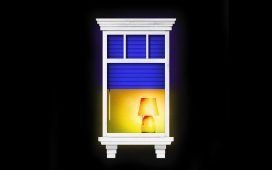 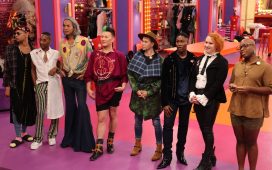 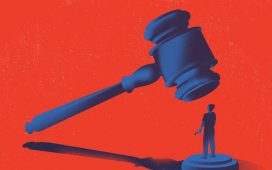 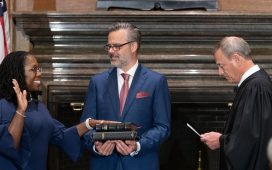 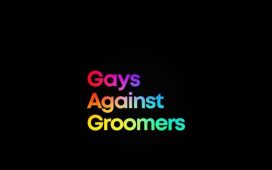 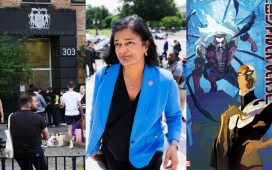 Monkeypox, Gay Spider-Man, and a Trans Bill of Rights: This Week in Queer News 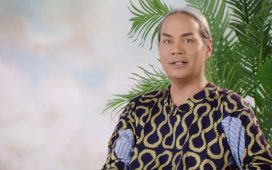 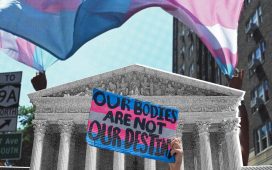