Every footballer in the Premier League would like to think he is essential to his club, but which players have the biggest impact on their team’s results? We looked at the impact players players have on their team’s win percentage when they are picked and dropped – from a positive and negative perspective. To qualify for our list, players must have featured and missed five starting lineups this season.

Marcos Alonso has been a hero and a villain for Chelsea in the last week, although his dismissal against Bayern Munich should not deter Frank Lampard from sticking with a winning formula in the league. Chelsea have won all seven of the league matches Alonso has started this season. The natural balance he offers the team on the left has been missed at times in his extended, unforced absence.

Wolves have been incredibly hard to beat this season but they have found victories relatively hard to come by – particularly when Romain Saïss has not been on the pitch. The Moroccan is an unsung hero in a side with far more eye-catching players, yet the 29-year-old has become increasingly important, with the team failing to win any of the six games he has not started.

Patrick van Aanholt is a crucial player for Crystal Palace given their lack of natural depth at left-back. During his seven-game absence through injury the team slipped into the bottom half of the table. Roy Hodgson’s side failed to win any of those games and the Dutchman scored the only goal of the game when they returned to winning ways last time out against Newcastle.

Newcastle enjoyed a significant upturn in results back in October when summer signing Allan Saint-Maximin was introduced to the starting lineup. The winger’s unpredictability – if not end product – has proven an asset. His involvement allows Steve Bruce’s side to stretch opponents on the counter-attack. Newcastle have only won one match this season without Saint-Maximin in the starting XI.

It has been a frustrating season for Dani Ceballos at Arsenal. The playmaker joined on loan from Real Madrid and has been injured for much of the campaign. He has played his part when he has been on the pitch though, with Arsenal winning 56% of the game he has started compared to just 17% when he has been absent.

And the players who have not done so well…

As the understudy to one of the league’s most underrated players, Hamza Choudhury has understandably struggled to have the impact of injured teammate Wilfred Ndidi. The youngster has started eight league matches this season and Leicester have only won two of them – against Sheffield United and West Ham.

Oriol Romeu was a favourite of Mark Hughes at Southampton but his waned since Ralph Hasenhüttl took over – and for good reason based on the team’s results. The Spaniard has started 13 league matches this season, with Southampton winning just two of them. Since he was dropped in November, the team have won eight of their 15 matches. His only only start in that time: a 4-0 defeat at Anfield.

The biggest surprise in this list. N’Golo Kanté has had a difficult season, not only in terms of injuries but also when he has been fit to start. The Frenchman has not reached the heights of previous campaigns. Chelsea are up in fourth in the league yet they have won less than half of the games he has started.

Pedro has fallen out of favour this season as Frank Lampard has looked to give youth a chance. On the rare occasions that Pedro has started, he has not exactly given his manager a selection dilemma. The Spaniard has started six matches this season, of which Chelsea have won just once (vs Brighton in September.

James Tomkins missed the start of the season through injury and did not make his first appearance until mid-October. His return was a welcome one at the time but Palace have won just three of the 18 matches the centre-back has started thereafter. Palace did beat Newcastle last weekend – their first win in eight matches – but Tomkins was not in the team. 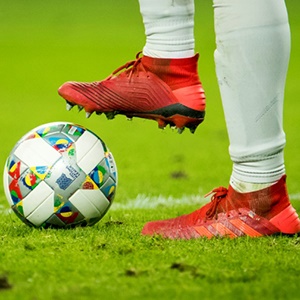 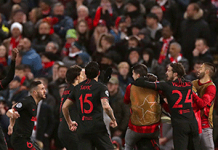 Rainbow splash to electric green: the best (and worst) kits in MLS history 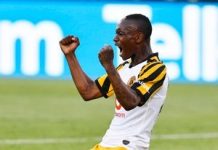