“Ollie Campbell organised it for me; it was an extension of my childhood – we got paid and I got an apartment, and there were a couple of restaurants where you didn’t have to pay for dinner, and it was wonderful.”

If travel was permitted the correspondent would be obliged to investigate the watering holes that Dublin’s footballing surgeon frequented during his brief dalliance as a Stade Rochelais rugby player.

Suitably lubricated, a tour of the submarine base constructed by the Wehrmacht in 1940 – as seen in Das Boot and Raiders of the Lost Ark – would inevitably flow into a search for the Knights Templar’s lost treasures in the Bay of Biscay.

Rubbing shoulders with les Rochelaises will happen on another weekend between now and 2024 (when Ronan O’Gara might get itchy feet again). The city’s rich tapestry is stitched into the rugby mindset by Marcel Deflandre, the club president shot by a Nazi firing squad in 1944 for being a commander of La Résistance. The local stadium was renamed in his honour.

Mustering feral passion is never a challenge to this region’s people, but the enormity of Sunday’s Champions Cup semi-final will permeate into the playing squad and locals via their adopted Cork philosopher.

Word will have got around about O’Gara’s twisted relationship with Leinster down the years, Felipe Contepomi in particular. Also, Jono Gibbes understands the private schoolboy turned professional mentality having coached the blues to three European titles in six seasons.

Les Corsaires (the pirates) are expected to live up to their nickname when it comes to performing on the penultimate stage of the European game. But, until now, their only connection to semi-finals is through the coaches. Specifically, when O’Gara tore down Leinster and Gibbes drilled them to resist.

Otherwise there are gaping holes of inexperience. That’s what makes this fixture so compelling, yet so dangerous when Leinster consider the wisdom O’Gara and his departing All Black superior will offer.

For context it feels worthwhile to glide over the history of Leinster in semi-finals – especially in France – if only to realise just how difficult it will be to stop them setting up a battle with Toulouse for that elusive fifth star.

“La Rochelle are a serious team,” warned former Scottish flanker and French resident Johnnie Beattie on Second Captains. “Don’t underestimate the team Leinster are coming up against. They are so good and a joy to watch.”

Leinster in Champions Cup semi-finals can be neatly divvied into three categories: The age of O’Gara; Gibbes and the trophy hunt; Leo Cullen’s empire building.

After reaching the inaugural Heineken Cup last four in the 1995/96 season, losing 23-14 to Cardiff at Lansdowne Road, they had to wait until April 2003, again at IRFU HQ, to produce a kicking meltdown that had 37,800 silent punters shuffling into Ballsbridge.

That defeat is seared into Cullen’s subconscious.

The 2006 semi-final was one of the finest days in O’Gara’s past life and easily the most miserable any Leinster affiliate can remember. After Munster’s red army annexed D4, O’Gara put the game beyond reach by handing off Mal O’Kelly and trotting over the whitewash before hopping the hoardings and embracing the berserkers who escaped the south terrace.

The blue worm turned in 2009 at a deafening Croke Park when Brian O’Driscoll picked off O’Gara’s pass to race 80m with the outhalf forced to chase a lost cause.

So began Leinster’s perennial trips to the penultimate stage in Europe, with a clear pattern of losing on French soil, starting against Toulouse in 2010. Revenge was swift, with a Dublin semi-final victory in 2011, before what is widely considered the most resilient of Leinster performances against the mighty ASM Clermont Auvergne at Stade Chaban-Delmas, Bordeaux, in 2012.

The next season proved O’Gara’s last as a player, bowing out in a typically stubborn fashion, again to Clermont followed by an emotional lap around the Montpellier turf.

Toulon had everyone’s number over these three seasons, with Bryan Habana picking off Ian Madigan’s long pass at Stade Vélodrome in Marseilles to end another season in misery.

Following a blip in 2015/16, Leinster journeyed to Lyon where Morgan Parra orchestrated an overwhelming Clermont performance. That defeat, after coughing up 15 early points, is seared into Cullen’s consciousness. There is no better cautionary tale.

“Leinster have gone up another level again,” said Gibbes this week. “While they have remained very accurate with some structured stuff, they have evolved and become comfortable in the chaos, and that’s allowed them to be able to play different kinds of styles.”

Now comes the next chapter in Leinster’s semi-finals on French soil. Currently they have won one and lost three.

“It is tough trying to get to the mountain top of performance, and it’s difficult to repeat that continuously, so we all talk about not letting the standard drop off,” said Jack Conan this week.

How they continually manage to do this could so easily be taken for granted. As easy as a sunny weekend in La Rochelle, wondering which restaurant we can drop the name of a rugby pioneer who became a surgeon and so much more besides. 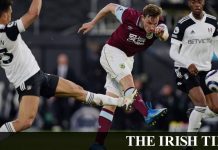 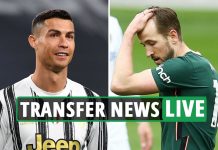 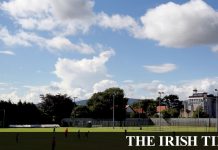 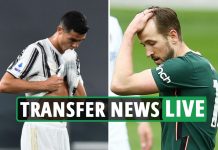 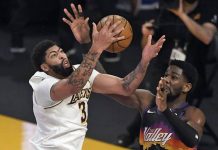 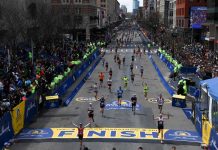 The 2021 Boston Marathon Field is Fast