My sons are 18 and 17. It was the younger’s birthday this week and I made an awful cake that definitely breached my minimum cake standards (I hesitate to criticise Nigella, but there is such a thing as too much peanut butter). He looked a bit overwhelmed when we sang happy birthday, and I worried all day about him and his 17-year-old pandemic life, without access to the places and people that help being 17 make sense. There is nothing I can do about that, so I am fixating on the cake, sitting here wondering if I have time to make a replacement. I don’t, but I might anyway. What else do I have to offer him – another load of laundry?

Because neither of my kids actually needs me now. They could live independently without dying of hunger or septic shock (the elder managed five weeks last summer) and after an emergency remedial tutorial on “what can’t go in a microwave” at Christmas, probably without fire or explosion either. They can clean a loo, iron trousers and brave an HMRC helpline; they can make absorption-method rice, a from-scratch pasta sauce and decent chocolate chip cookies. After six months of Covid testing, one has more savings than I do; the other is cagier, but after a decade of not spending his birthday and Christmas money, I suspect he does, too.

What is it like when your children grow up? It’s like that dream where you find a strange new room in your house, in a place you thought you knew every inch of, except over and over again. Does that convey how wonderful it is? Every new room is fascinating – there’s so much going on in there, things you always suspected, or things you never for a second imagined, and very little of it is any of your business.

I was not a great mother when they were younger, I think. I tried desperately to impose order on the chaos of life with a newborn, rigid about sleep and feeds to the point of failing to appreciate the anarchic miracle of my baby sons. Every session of toddler play degenerated into me simply organising the Lego or stuffed animals by colour and size. Later, when the elder decided he hated school, my intellectual vanity made me say and do things that still haunt me on sleepless nights.

Being the mother of teenagers, though, that I love. I still make mistakes – loads – but the way that infinite possibility and absolute frustration cohabit at that age still feels completely understandable to me. It’s partly realising how little time I have left with them and partly losing any aspiration to control. The larger your children get, the more ridiculous you feel being conventionally parental, I find. Sometimes when I suggest, diffidently, that the younger could leave his phone downstairs, perhaps, on school nights, it feels like I’m role playing at being Mum: he’s more sensible about screen time than I am. Mainly I feel like a privileged observer, trying not to show my fear or to get in their way.

If I didn’t already know it, the past year has taught me quite viscerally how little I can still do for my sons. I was sliding into irrelevance already, a benignly pointless idiot who understands nothing about epigenetics or first-person shooters, who gets amusingly hot under the collar about recycling and embarrassed at TV sex scenes. But Covid rudely reminded me and my fellow parents of our essential helplessness, as our children’s plans and aspirations, their fun, privacy and autonomy were thwarted. You can’t insulate them from pain, of course. Your kid gets sick, or sad, they fail at something at which they were desperate to succeed. It doesn’t stop when they leave home either: they can date a wrong ’un in their 20s, feel unfulfilled in their 30s, lose a lover at any age. But if you expected to always be able to sand the rough corners off your children’s lives to a degree – a privilege, but one a lot of us have – the pandemic showed that up for the fantasy it was. When I felt most useless and sad on their behalf, exams and adventures cancelled, friends inaccessible, my boys would shrug, pat me on the head and say it was OK, they were fine. But they weren’t and it wasn’t.

So, as a near-obsolete parent at a time of unprecedented parental impotence, I have been reduced to the little things. Really, the ridiculously little ones. I send daily WhatsApps asking for shopping and lunch requests, I supply stationery and deliver small treats they haven’t liked since they were six (“I got you a Kinder Egg!” I message, like a lunatic). I iron their T-shirts, even though no one notices or cares, and who the hell irons T-shirts? Like Lesley Manville’s character Cathy in Mum, I do endless unobtrusive tidying: washing plastic beakers with half an inch of fetid protein powder silt in the bottom, sweeping up cereal rubble and pairing and putting away socks.

Much of my mothering has been like this: an accretion of small, infinitely repeated tasks. I got pregnant with the elder at 26; now I’m 46. That’s 20 years of pants separated from trousers, dentist’s appointments booked, and milk cartons crushed. It’s at least 40 birthday cakes and I estimate something like 6,000 dinners (of which 4,500 were probably fishfingers). Sometimes I stand in the basement folding laundry at night while everyone watches TV upstairs and find myself saying out loud, “This is my life,” in a sort of wondering way. It’s not a complaint, exactly, but a recognition; an acceptance. I don’t think I expected mothering to be so all-consuming for so long back when I was 26, but I don’t think I expected to enjoy it this much either.

I’m deeply ambivalent about that. It arouses a reflexive feminist unease and it’s hard to write about without sounding self-satisfied, the kind of mother who puts “Most important job in the world!” on her social media profiles. I’d rather have taken them bareback riding across Mongolia or something and that “most important job in the world” discourse seems like horseshit to me: the most important jobs in the world right now are logistics management at AstraZeneca and ICU nurse, surely. I never expected to become a Cathy, finding an ecstatic martyrdom in self-effacing domesticity. I thought I would be like my own mum, the breadwinner, fiercely loving, fiercely inspiring, fired up on our behalf but with a distinct life and ambitions of her own. I’m not, though. I’m just stodgily there, asking: “How was your day, darling?” and: “What do you fancy for dinner?”

I know it’s not really in anyone’s interests for me to do this stuff for my sons and they don’t expect me to. It does them and the world a disservice to send out entitled man-babies. As a counterbalance, I have tried to engrain habits that will make them into nicer people to live with: taking out the bins and emptying the dishwasher without waiting to be asked; not finishing the good chocolate or leaving empty juice cartons in the fridge. I can’t help myself, though: every stupid gesture or small task they could have done themselves is a wrong-headed expression of how much I love them and how few outlets I still have to show it.

There has been an unexpected sweetness and simplicity to this stolen Covid time, the extra year with them I had no right to. We have had time to talk and I have learned more from them than the other way around: about T-cells, quantum mechanics, Lee Krasner and the carbon footprint of fishing (no more fishfingers).

Their generation is kinder and more accepting than mine and I’m learning from that, too. Why, my son probes, curiously, am I uncomfortable around people with high self-worth? Why so cynical of people’s motives, so suspicious of sincerity and positivity? When I stop tidying for five minutes and just enjoy their company, I can see a future where my relationship with them is not defined by these unsolicited acts of domestic servitude. This is a time of letting go – of stepping away from the washing machine and relating to my sons as the adults they are becoming – and I’m starting to see how letting go could be wonderful. 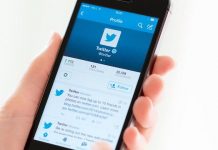 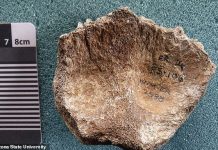 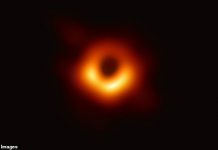 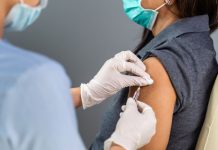 COVID-19 booster shots may be needed within 12 months, US officials say 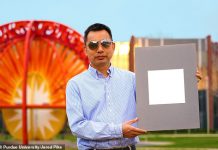 Engineers have created 'the whitest paint yet' 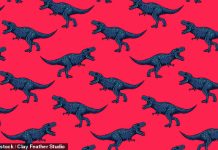 Palaeontology: More than 2.5 BILLION T. Rexes roamed the Earth over their 2.5 million years 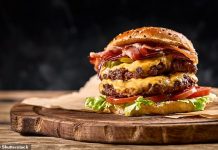