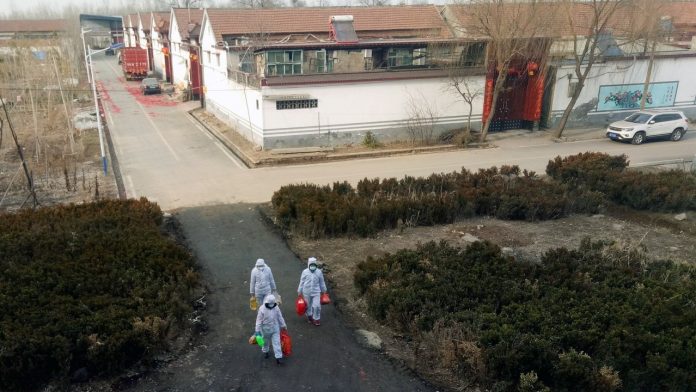 It’s hard to predict the trajectory or the ultimate death toll of a viral bomb without knowing precisely how it was launched. As the coronavirus that was identified in Wuhan, China, in late December, continues to race around the globe, scientists are struggling to answer many vital questions: How easily does it spread from person to person? What is the real incubation period—the time during which infected people can transmit the virus before showing symptoms themselves? What is the true death rate?

Although ninety-nine per cent of the more than sixty-three thousand cases and nearly all of the roughly fourteen hundred deaths reported so far have occurred in China, that will change. It is impossible to know the number of people who left Wuhan, a city with eleven million residents, before the Chinese authorities closed it off. Nor do we know how many people boarded planes without knowing that they were carrying the virus. We will only be sure where they all went when they start to get sick. The virus is so deeply menacing that, this week, the World Health Organization carefully named it COVID-19—to avoid using the names of people, geographic locations, or even animal species, which could lead to racial attacks and the needless slaughter of animals.

Despite its severity, however, there is almost nothing surprising about this pandemic. It has been utterly predictable in nearly every way: from the nature of its emergence, to its rapid international dissemination, to its clear potential to sicken people and kill them. What is surprising is the fact that we are not better prepared for this kind of assault. As the late Nobel Prize-winning molecular biologist Joshua Lederberg put it, in what is perhaps both his most famous and his most ignored warning, viruses pose “the single biggest threat to man’s continued dominance on this planet.” As the world learned in 1918, when influenza killed at least fifty million people, there is no weapon as lethal that is also as widespread.

Moreover, these viral invasions often move in obvious, specific patterns. No one who has ever glanced at a textbook on emerging infectious diseases or, for that matter, read the science section of a newspaper, could have been surprised to learn that bats were the original host of this virus, or that humans almost certainly acquired it from an intermediary species—in this case, probably pangolins, which are thought to be the most heavily trafficked animals on Earth. Pangolins are prized for the supposed medicinal properties of their scales, and they appear to have been sold at the seafood market in Wuhan where the epidemic appears to have started.

Infectious diseases that leap from animals to humans are called zoonoses. They do it all the time. Most people remember the worldwide panic caused by Severe Acute Respiratory Syndrome, or SARS, which, in 2002, led to the first pandemic of the millennium—although its global death toll was seven hundred and seventy-four people, fewer than the number of people who die in an average week at the height of an annual flu season in the United States. The SARS virus, which also originated in China, passed to humans through a protein—ACE-2, or angiotensinconverting enzyme—that is found on respiratory cells, which also serve as an entry point for the COVID-19 virus. They are both coronaviruses—named for the halo you see around them under a microscope—are genetically similar, and were isolated in bats. The same was true for MERS, or Middle East Respiratory Syndrome, a coronavirus that began in 2012 and spread through Saudi Arabia. MERS was transmitted to humans via camels, but it originated in bats, as did the Ebola virus. Marburg, a deadly hemorrhagic virus that was first described in 1967, originated in Old World fruit bats.

The reason that bats play such a significant role in the transmission of these viruses is not difficult to understand. Bats make up roughly twenty per cent of all mammal species, and many of them have unusually robust immune systems that seem easily able to defend them against powerful viruses. That makes them the perfect viral host; the viruses train themselves on the bats’ immune system, and, in the process, become increasingly able to defend themselves. Yet bats are hardly the only host of viruses that infect humans. In 2004, a highly pathogenic form of avian influenza, H5N1, which occurs naturally in wild waterfowl but can spread easily to domestic poultry, leaped from chickens to humans, setting off a frightening epidemic. In 2009, the new strain of influenza was a form of H1N1, also called swine flu, because it passed to humans through pigs; they serve as a common mixing vessel for viruses, because porcine respiratory cells are similar to ours.

The chances that a spillover, as this kind of transmission is called, will occur are greater in places where there is routine contact between animals and humans, such as the live-animal markets that are common in East Asia. If an infected pig were to sneeze in a crowded open market, it could, in theory, infect a human and set off an epidemic. Sixty per cent of the world’s people live in Asia. There are a hundred and thirteen million people in Guangdong Province alone—far more than the population of any Western European country.

These viruses all pose special threats because they are new, which means that humans have no antibodies to defend against them. The 2009 H1N1 epidemic infected at least 1.4 billion people, most of them before vaccines or treatments for the virus were available. And that was in a year when, by most accounts, the W.H.O. moved as expeditiously as it ever has. That strain of influenza killed as many as two hundred thousand people in the world—but it could have been many times worse. In 1957, for example, the Asian flu pandemic killed more than a million people. In 1968, the Hong Kong flu pandemic killed between one and four million. Maybe we will also be lucky this year. (It ought to be remembered that, even now, the seasonal flu poses a much greater threat to the health of the average American.) Unless COVID-19 proves to be uniquely virulent, it will likely subside within a few months, and the danger it poses will be substantially forgotten, like that of SARS, MERS, avian influenza, and other zoonotic diseases. But it is too soon to know for certain.

Scientists are moving with great speed to stop this pandemic. They sequenced the virus in less than two weeks—an essential step in creating diagnostics, drugs, and vaccines, and one that only a few years ago would have taken months. But, even with expedited trials and drug development, it could take a year to create a vaccine. If this virus were to swerve out of control before then, the death rate could soar. In addition to the human toll, the economic damage to China—and, eventually, to the rest of the world—would be enormous. Industrial supply chains throughout the world have already been badly disrupted. Travel to and from China has all but stopped, and xenophobic attacks against Asians are rising. Although New York City has not reported a single confirmed case of COVID-19, business in Chinatown has reportedly fallen by more than fifty per cent since the epidemic began. 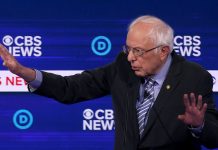 Bernie Sanders Runs Out the Clock at a Chaotic Democratic Debate 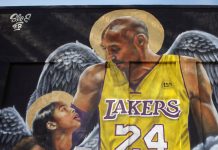 Anger, Love, and the Evolving Legacy of Kobe Bryant

Rose McGowan on the Harvey Weinstein Trial Verdict: “I Haven’t Exhaled in So Long” 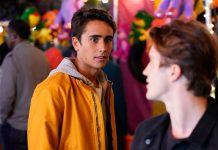 "Love, Simon" Spinoff Series "Love, Victor" Will Be on Hulu, Not Disney+ 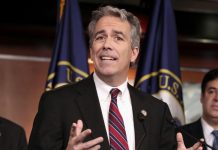 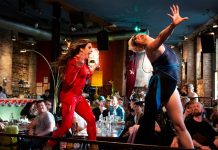 Baby Tea Brunch Is the Drag Brunch That Refuses to Assimilate 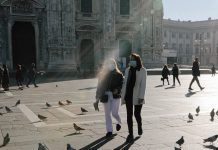 As Coronavirus Spreads, Stocks Fall Again and the White House Frets About a Black Swan 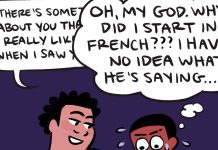 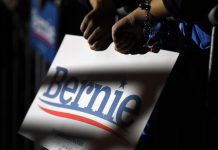