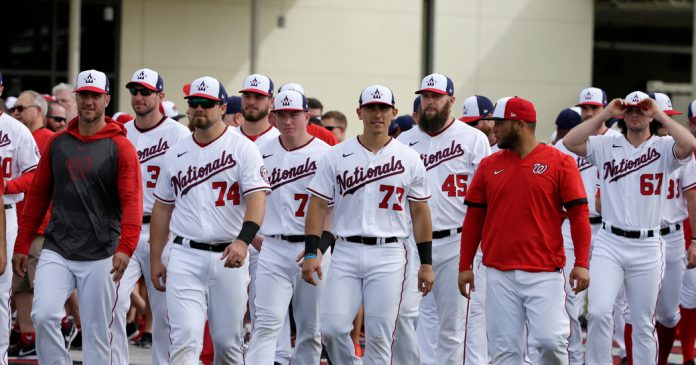 “Somebody’s got to say the word over there: cheated,” Rizzo said. “That’s important to me.”

Rizzo clearly noticed the contrast in attention on Thursday, when his pitchers and catchers practiced for the first time as champions. He saw lots of Nationals players but few national reporters — yet the Astros’ side was bustling.

“Opening day 2020, there’s 50 media people here and 47 were at the Houston Astros, who cheated to win a World Series, and there were three of them here with the current, reigning world champions,” Rizzo said. “And that’s not right.”

While the Astros try to rehabilitate their image, the Nationals’ new challenge is to become the first team to repeat as champions since the 2000 Yankees. This is the longest stretch in major league history without a repeat World Series winner, and the Nationals must try without third baseman Anthony Rendon, who left for a seven-year, $245 million contract with the Los Angeles Angels.

“The way I combat that is we got Stephen Strasburg back,” Manager Dave Martinez said. “I’m talking about getting another edge, and this year, for me, it’s run prevention.”

The top prospect Carter Kieboom, 22, should take over at third base, but it is hard to expect him to match Rendon’s production. To prevent more runs, the Nationals expect to have a better bullpen, with Will Harris arriving from Houston as a free agent and the relievers acquired last summer — Daniel Hudson, Hunter Strickland and Roenis Elias — back for a full season.

The rotation, as usual, is Washington’s biggest strength; Max Scherzer, Strasburg, Corbin and Anibal Sanchez combined to go 54-28 with a 3.33 earned run average last year, with clutch performances in October. Strasburg — whose new contract is identical to Rendon’s — emphasized the Nationals’ integrity on Friday in a clear brushback pitch to the Astros. 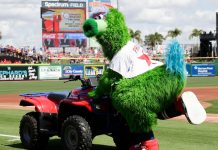 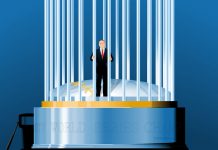 The Trials of Rob Manfred 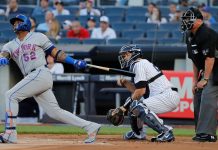 Back on the Field, Yoenis Cespedes Is Mum About What Kept Him Away

Yankees’ Pitching Depth Is Already Proving Crucial, but It Will Cost Them

Players’ Union Pushes Back on M.L.B.’s Portrayal of Astros Investigation

For Joe Girardi, ‘What’s Next’ Beats ‘What If?’ 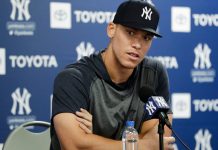 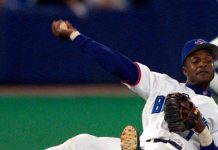