In 2019, the Royal Academy staged an exhibition by the great Finnish painter Helene Schjerfbeck. On the day I saw it, the galleries were preternaturally quiet – the crowds who are so mad for Frida Kahlo seem not to have heard of Schjerfbeck – and in the room where the curators had hung 17 of her self-portraits, a time-lapse sequence dating from 1884 to 1946, I was amazed to find myself entirely alone. Only I wasn’t, not really. She was all around. Schjerfbeck’s colours are often mossy, shades of grey-green that bring to mind not only nature at its lushest, but also gravestones, mottled and cold to the touch. In the spectral hush, I saw a woman first grow into herself, then move beyond that self – as death tiptoed ever closer, the self-portraits grew ever more abstract – and it was indescribably strengthening. I could have taken on anyone that day. An unseen presence had sprayed courage on my wrists.

Why might an artist choose to paint herself? When women were still excluded from life classes – it was 1893 before female students were allowed to gaze on a “partially draped” body at the Royal Academy – it was a case of being one’s own best model. The artist turned to herself, familiar and available, both as a means of introduction (“here I am, see what I can do”), and by way of making an artistic statement (“this is what I believe”). But there’s also the question of self-realisation – and it’s this that has more recently stoked the impulse for self-portraiture. “People are like shadows to me,” said Gwen John. “And I am a shadow.” Women are all too often invisible; it’s left to us to point out what others refuse to see. In A Corner of the Artist’s Room in Paris (1907-09), an umbrella resting against the arm of a cane chair famously stands in as a substitute for John; she is absent, elsewhere. Her self-portraits, however, are not shadowy at all. She looks like a person to whom we would do well to pay attention: solid, determined, unashamed.

She keeps asking if this artist ever met that artist, and then answering her own question with the words: ‘We don’t know’

In The Mirror and the Palette, Jennifer Higgie, the former editor of the art magazine Frieze, tells the story of the female self-portrait from the 16th century on, her inevitably sprawling narrative taking its structure from what is essentially a group biography – though she seems to be reluctant to admit to this, titling her chapters not for the women they portray, but for vague moods and themes (Solitude, Hallucination, Naked). Artemisia Gentileschi, Angelica Kauffman, Alice Neel, Helene Schjerfbeck, Suzanne Valadon and – yes – Frida Kahlo: all of them are here. Among the less-well-known names she includes are those of the Australian artist Nora Heysen, and the New Zealander Rita Angus.

Group biographies are extremely difficult to pull off successfully: the danger is that the narrative will seem hurried and superficial, and that the connections between its subjects, in as much as they exist at all, will feel forced and contingent. In theory, The Mirror and the Palette is my ideal book. I could hardly be more interested in its subject. But I’m afraid that both these problems are apparent here. Scooting dutifully over territory that will already be very familiar to many readers, Higgie strains to justify the way she has bunched together artists who have relatively little in common. Somewhat desperately, she keeps asking if this artist ever met that artist, or even knew of her work, and then answering her own question with the words: “We don’t know.”

As I read, I longed for a deeper interrogation of the tensile strength of the artist who practises, metaphorically speaking, in a corner. As Higgie notes, leaning on work done by the art historians Rozsika Parker and Griselda Pollock in the 80s, it’s striking that even as the numbers of female artists grew, they continued to be ignored (in the first edition of EH Gombrich’s classic The Story of Art, published in 1950, not a single female artist is mentioned). There’s surely something important to be said about the retrograde gap between, say, the 30s and 40s, and our own times, when female artists are allowed to be celebrities, but only of a certain kind (their work, if it’s to command attention, must have to do with their bodies, their pain, their sex lives). 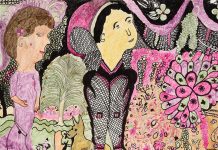 Adding to a robust trove, High Museum in Atlanta fields a gift of works by self-taught artists 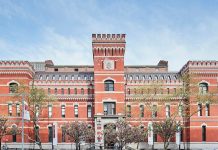 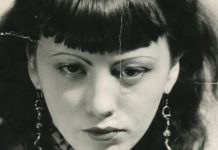 Will the real Isabel Rawsthorne please stand up? 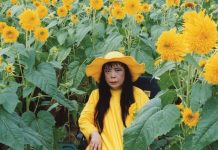 A flurry of Yayoi Kusama shows are about to open, but restrictions on her installations may limit their appeal—and visitor numbers

A flurry of Yayoi Kusama shows are about to open, but restrictions on her installations may limit their appeal—and visitor numbers 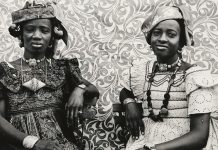 April’s book bag: how four lesbians shaped Modernism, why we love to hate biennials, and a photographic history of African women

‘They were survivors’: the Jewish cartoonists who fled the Nazis 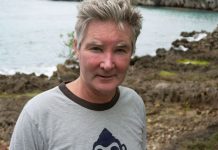 Spain blocks export of painting thought to be a lost Caravaggio 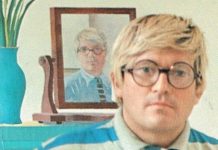 An expert’s guide to David Hockney: five must-read books on the British artist 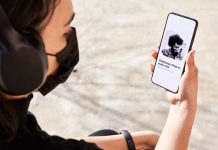