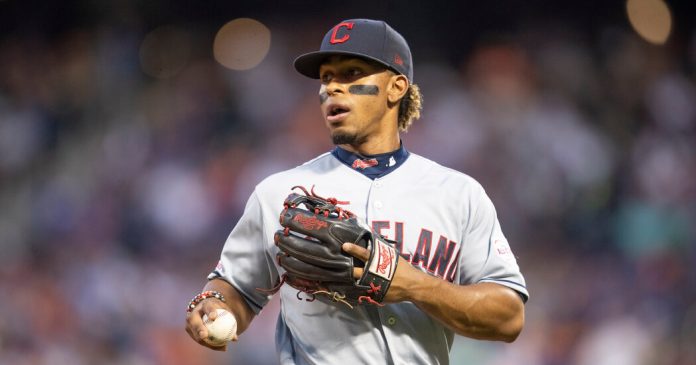 At the start of the off-season, when the Mets became property of the richest owner in baseball, it was easy to assume how they would operate. If Steven Cohen wanted something, he would pay anything to get it. If money were no object, why not?

Then Cohen said this, at his introductory news conference on Nov. 10:

With spring training underway in Port St. Lucie, Fla., it is clear that Cohen meant every word. George Springer isn’t walking into the Mets’ socially distanced clubhouse. Neither is J.T. Realmuto, D.J. LeMahieu, Liam Hendriks or Justin Turner. And despite the team’s efforts to sign him, Trevor Bauer isn’t coming, either.

Each of those six free agents signed a multiyear contract worth at least $15 million per season. All of them would have helped the Mets now, and maybe for years to come, too. But the Mets chose a sensible path that drunken sailors would never follow.

They went for depth, prioritizing a flexible roster built to withstand a typical array of injuries and underperformance — or, as investors like Cohen might call it, a diverse portfolio.

The Mets avoided the deep waters of the market but emerged with an overflowing haul: 10 major league free agents to flood all corners of the roster — catcher, infield, outfield, rotation, bullpen. On Friday the team agreed to terms with another starter, giving Taijuan Walker, a two-year, $20 million contract and adding him to a group that includes Jacob deGrom, Carlos Carrasco, Marcus Stroman, David Peterson, Joey Lucchesi and, soon enough, Noah Syndergaard.

The deal for Walker was confirmed by a person with direct knowledge of it who was granted anonymity because the Mets had not announced the contract. Walker, a 28-year-old right-hander with eight seasons in the majors, had a 2.70 earned run average in 11 starts for Seattle and Toronto last season.

“The addition of a guy like Walker would be just tremendous,” Manager Luis Rojas said on Friday. “You talk about depth in every aspect of the game, whether it’s starting pitcher, bullpen or position players, it’s always a luxury. A guy like him, he just makes your rotation so strong when you can add him.”

The Mets’ biggest addition, of course, was the All-Star shortstop Francisco Lindor, who arrived last month with Carrasco in a trade from Cleveland. The team added inventory in three other deals — involving five other teams — by essentially swapping Steven Matz and a prospect for three pitchers who have appeared in the majors (Lucchesi, Sean Reid-Foley and Yennsy Diaz) and a speedy outfield prospect, Khalil Lee.

The Mets’ free agents hardly grab your attention. Even catcher James McCann, an All-Star in 2019 who signed for four years and $40.6 million, has a middling track record: a .249 average, .300 on-base percentage and .394 slugging percentage in seven seasons. But as smart organizations like the Los Angeles Dodgers have shown, a few stars and a critical mass of quality major leaguers — if deployed properly to accentuate their strengths — can be a sound blueprint.

“The teams that have the most success in baseball oftentimes have the most depth,” McCann said this week. “You look at teams in the past that have had deep playoff and World Series runs, when one guy goes down, it’s a next-man-up type scenario. The teams with starting lineups that are really good and maybe their depth is not so good, they’re one injury away from falling too far back in the standings to be able to make up ground.”

The Mets know the feeling. To prevent a recurrence, they signed role players like Albert Almora Jr., Jose Martinez, Kevin Pillar and Jonathan Villar — all flawed in some ways, but also possessing specific skills that can help a team win. Martinez crushes lefties. Villar is a switch-hitting middle infielder with speed. Like Almora, Pillar excels in the outfield, as Stroman witnessed when they played together in Toronto.

“He puts his body on the line every single play,” said Stroman, who accepted a qualifying offer of one year and $18.9 million after opting out of last season. “He’s a wizard in center field.”

The lefty Aaron Loup was a go-to guy for Tampa Bay last October. The righty Trevor May averaged 12.2 strikeouts per nine innings for Minnesota over the past three seasons. The right-hander Sam McWilliams, something of a mystery man, got a major league deal for $750,000 to apply what he learned in the Rays’ pitching-rich farm system.

None of the Mets’ free agents would be the centerpiece of a marketing campaign. Lindor can be that guy, like deGrom, Pete Alonso and Michael Conforto. After Lindor, and the rejection by Bauer, the Mets decided they could live without more superstars. What they needed most was a better overall roster, and now they have it. 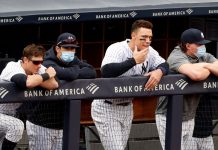 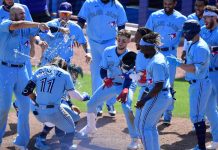 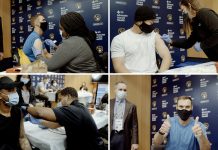 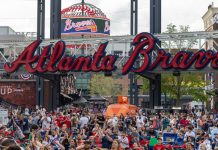 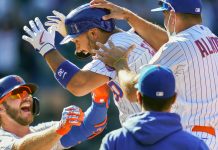 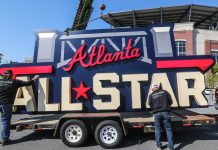 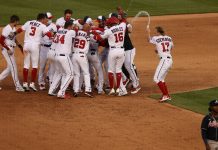 Down Nine Players, the Nationals Rally to Shock Atlanta 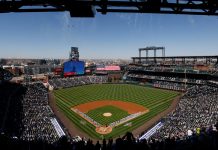 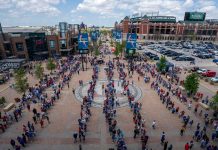 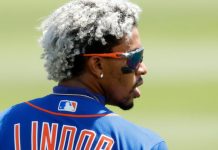 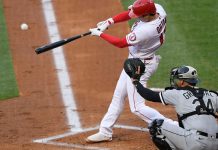 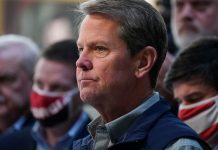