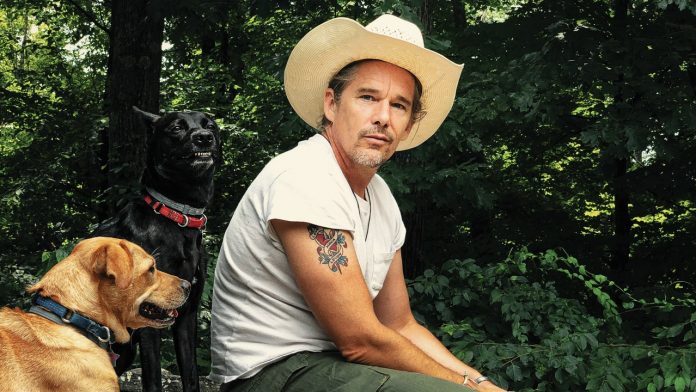 While shooting “Training Day,” Hawke spent four months riding around Watts, listening to Washington talk about race in America and about Malcolm X (whom Washington had played in Spike Lee’s 1992 bio-pic); for Hawke, it was “a powerful education.” When he and his wife, Ryan Shawhughes, met with McBride, in January, 2016, to discuss turning “The Good Lord Bird” into a limited series, McBride could tell that Hawke knew the territory. “There’s dynamics of this whole race question that we could burn a lot of ink talking about,” McBride told me. “Ultimately, that would have been a waste of time. Ethan really understood what John Brown represented.” Hawke told McBride, “I’m not Brad Pitt. I can’t afford to option this novel for the money that it deserves.” But they made a handshake deal that allowed Hawke a year to come up with an adaptation. If McBride liked the script, they’d look for someone to buy it. “Basically, he gave me permission to write it for free,” Hawke said.

One afternoon in May, 2017, Hawke rode his bicycle from his town house in Boerum Hill, Brooklyn, to New Brown Memorial Baptist Church, near the Red Hook housing projects, where McBride oversees the children’s music program. He was going to pick up McBride’s notes on a rough draft of his script. Hawke wandered into the vestibule of the church. “Are you the guy who’s come to fix the air-conditioning?” the church treasurer asked. At that moment, McBride appeared and identified Hawke. “Last time a white guy was here was to fix the A.C.,” the treasurer said.

“Ethan looked like a white guy who just happens to be looking for a Coors beer,” McBride said. But he also saw a lot of John Brown in him. In the decades since Hawke made his name as a shy, baby-faced teen-ager in “Dead Poets Society” (1989), his face has become craggy, and he has achieved a full-blown, happy maturity as a rough-edged, raucous actor. “Brown had a gleam in his eye,” McBride said. “Part of him was just completely untamed. When he sat down with people, he was almost harnessing this madness within him. You get a little of that with Ethan. His antennae are always out, grabbing, catching every little bit of information. He’s an outsider. It’s not like he’s attempting to do it. It’s just that he’s at a different radio station. He’s operating on his own frequency.”

Throughout his career, Hawke has consistently challenged himself to grow. He has appeared in more than eighty movies, predominantly independent films interspersed with Hollywood money-makers. He has directed four films, written three novels, and co-founded a theatre company. In the process, Hawke has been nominated for four Academy Awards (including two for Best Adapted Screenplay) and a Tony, for his performance, in Tom Stoppard’s trilogy “The Coast of Utopia,” as Mikhail Bakunin, the revolutionary Russian anarchist, whose bowwow personality resurfaces in the fulminations of Hawke’s John Brown. The range of Hawke’s roles—a romantic charmer (in the “Before” trilogy), a drug-addled Chet Baker (in “Born to Be Blue”), a guilt-ridden suicidal priest (in “First Reformed”), to name just a few—is also a reflection of his expansive empathy. “Acting, at its best, is like music,” he said. “You have to get inside your character’s song.”

Hawke’s shape-shifting has its origins in his powerful desire to engage his first audience: his parents. Leslie was eighteen when he was born; his father, Jim, was twenty. They’d met in high school in Texas and moved east after college. Hawke was four when they divorced, a breakup that sent Jim back to Texas, while Leslie and Ethan made their way to Vermont and, later, to Princeton. Alternating between parents, Hawke also alternated between personalities. For his mother, who put “a super-high value on intellectual pursuits,” he said, he “played up the artistic, literary, conscientious political thinker.” During his reunions with his much missed father, who became an insurance actuary and was a humble, conservative, deeply religious man, Hawke “affected a Southern accent,” minded his manners, talked football, and was “a lot more religious.” “I loved him so much,” Hawke said. “I wanted him to like me. I was aware that I was performing for him. I hated myself for it.” After a visit when he was sixteen, Hawke, arriving back at Newark Airport, stripped off his shirt and exited the plane bare-chested. “I can’t find myself,” he told his mother. “I can’t find me.” Recalling the incident, he added, “As I grew older, I realized that both personalities were just aspects of myself. I became very aware of the ability to shape your personality and do it honestly.”

“Ethan was so extraordinarily accommodating,” Leslie said. “He never asked for anything except your undivided attention.” Hawke’s protean energy was a kind of antidote to the anxiety of abandonment. Dissimulation was a family practice. “My mother and I were always pretending,” he wrote in an autobiographical novel, “The Hottest State.” “I was pretending to be a Texan, and she was pretending she wasn’t.” Hawke dubbed Leslie “the Lost Princess of Abilene.” “She didn’t seem to fit in anywhere,” he said. He, by contrast, became expert at fitting in: “Football team, church youth group, Black kids, white kids, graphic-novel-reading geeks, theatre nerds, punk-rock girls, Deadheads—I was a good bullshit artist. I also didn’t judge anybody.”

The skills that acting requires—empathy, imagination, charm, surrender—were habits that Hawke developed from being with Leslie, for whom he was both son and companion. In a very real sense, he was dreamed up by his mother. As she shuttled him up and down the East Coast, bouncing between jobs—from department-store buyer to waitress to, finally, college-textbook editor—she threw herself into the task of making sure that his life was exceptional. “Patti Smith stole my life,” Leslie joked to Hawke when he was a boy; she projected her own creative aspirations onto him. “I expected him to be better than most people, to accomplish more,” she said. She chose his name, she told him, “because it would look good on a book jacket.” Leslie supplied her son with music to listen to and books to read (including James Baldwin’s essays, Allen Ginsberg’s “Howl,” and Thomas Merton’s “New Seeds of Contemplation”). When Hawke was four, she took him to see Ingmar Bergman’s subtitled “Scenes from a Marriage.” (He couldn’t yet read.) The film “One Flew Over the Cuckoo’s Nest” was his fifth-birthday treat. Leslie read Pauline Kael’s reviews in The New Yorker to him after such outings.

When Hawke was twelve, Leslie enrolled him in an after-school acting program at Princeton’s Paul Robeson Center for the Arts. He was immediately cast in a production of George Bernard Shaw’s “Saint Joan,” at the nearby McCarter Theatre, as Dunois’s page. The serious adult conversations, the costumes, and the standing ovations captivated him. By the time the show had closed and he’d pocketed his thirty-six-dollar salary, Hawke was “all in on being an actor.” He started going to casting calls, and within half a year, having beaten out, he was told, more than three thousand other actors, he was starring, with River Phoenix, in Joe Dante’s “Explorers,” a sci-fi film about two boys who build a spacecraft. “I thought God had found me,” he said. He first learned that he was likely to get the part by overhearing his mother and his stepfather, Patrick Powers, arguing about the logistics. “She couldn’t leave her job,” Hawke said. “She couldn’t let me go to L.A. What were we going to do as a family?” Despite her ambivalence, Leslie accompanied Hawke to L.A. for his final screen test. As their flight took off, she told him, “Remember, Ethan, this is just a lark! Nothing more, nothing less.”

“It Was All About the Election”: The Ex-White House Aide Olivia Troye on Trump’s Narcissistic Mishandling of COVID-19

This North Dakota City Councilwoman Didn’t “Come Out” in Her Fiery Viral Video. She Came Home 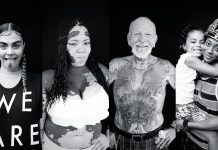 "Self Evident Truths": 10,000 Portraits of Queer America Is a New Photo Book that Captures the Humanity of LGBTQ+ Folks

This Lesbian Widow Was Denied Benefits After Her Partner’s Death. She Sued and Won 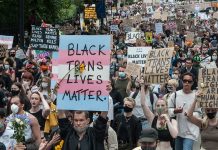 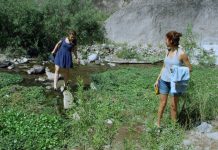 Highlights from Week One of the New York Film Festival 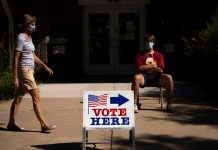 Are Voters Asking the Wrong Questions About the 2020 Elections? 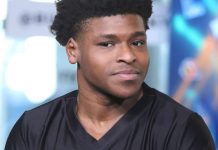 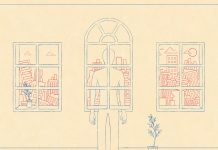