Doves flutter, girls chatter, life sputters on — and sometimes gutters out — in Emma Dante’s tempestuous and touching sophomore feature “The Macaluso Sisters.” To imagine the decades-long catch-and-release sweep of a single lifespan and condense it into one sub-90-minute film is a feat; to do so about multiple interconnected lives without losing definition is even more impressive. Perhaps it’s the Italian playwright’s experience with stage dramaturgy that allows her to perform this telescoped trapeze act with such elegance, but even so, the skill with which Dante adapts her own play, marshaling three sets of actors playing the same characters at three different phases of life, and brings it soaring to fully cinematic life is remarkable. In just her second feature after the taut street-stand-off drama “A Street In Palermo” seven years ago, Dante sets a firm seal upon her cross-disciplinary emergence as a director of unusually vivid empathy.

“The Macaluso Sisters” is about the slow-acting tragedy that is the passage of time, and its effect on relationships marred by regret and recrimination. But it starts in an un-self-consciously joyous register as five orphaned sisters, ranging in age from 5 to 19, prepare for a day at the beach. This rambunctious tribe, reminiscent of Deniz Gamze Ergüven’s “Mustang” — all hair and limbs and squabbling over sandwiches — is led by the responsible eldest, Maria (Eleonora De Luca), a rangy young woman who dreams of being a dancer, and who will, before the day ends in disaster, share a tender, delirious gay kiss with a pretty friend, while chasing the scattering leaflets they’re distributing in an open-air cinema.

Pinuccia (Anita Pomario), a few years younger in age, is the pretty, vain, flirty one who wonders if the boys are looking at her and is eternally at loggerheads with the truculent Lia (Susanna Piraino), an aggressive, awkward tween who can, however, be calmed by literature, especially when Maria reads aloud to her. Plump, pacific Katia (Alissa Maria Orlando) is next in line, and Antonella (Viola Pusateri) as so often with the youngest in a large family, is everyone’s sweetie, even as she tries to impress her elder siblings with her sophistication and bravery. A little moment when she begs Pinuccia to dab lipstick onto her mouth is replayed several times through the passing decades, each time accruing more piercing poignancy. The nature of all living things to change and age and decline is acutely highlighted when one element remains resolutely, heartbreakingly the same.

The final character in the ensemble is their home, a large but shabby top-floor apartment into which the pigeons they keep in an annex have a tendency to wander. The birds are their income: They rent them out for weddings and parties, safe in the knowledge they’ll return to the roost. It doesn’t exactly make them rich, but it does — as an older Katia (Laura Giordani) will remind her dismissive husband years later — keep them fed. Dante doesn’t fully avoid the trap of occasional sentimentality, and perhaps returns to that shot of the white birds wheeling into the sky from the dovecote a few too many times, but it’s such a pleasant, simple metaphor it’s hard to begrudge its overuse.

The three-act structure is so clearly marked out, with the second and third parts taking place almost exclusively in the apartment — during a dinner at which Maria (Simona Malato), now in her 40s, makes a shocking announcement, and then years later during a heartrending farewell — the film should betray its roots as a play. But Gherardo Gossi’s fluid, agile camera never lets us feel restricted or stagebound, and even the the most daring, potentially theatrical formal flourish — to change up the cast entirely from one section to the next, and to favor kindred spirits over physical lookalikes when casting the same role at different ages — works terrifically well. It is largely due to the momentum of that wonderful, airy opening third and the effortless sororal chemistry the younger cast members summon up.

It is one of this otherwise exceptionally confident film’s few failures of nerve that we are eventually, unnecessarily shown exactly what happened that fateful day at the beach. And the repetition of Eric Satie’s plaintive Gymnopédie No.1, first as muzak emitted by a kitschy clown ornament and then in its sincere classical piano arrangement as the motif of the soundtrack, is a little too insistent. But in almost every other way, Dante’s sensitive screenplay and her fine army of actresses (12 in total, playing the 5 characters between them) create a beautifully melancholic and often extraordinarily moving celebration of the frictive love that exists between sisters. Not all survive the film’s brief runtime, some leave behind their ghostly outlines, like the patch of raw, clean wallpaper revealed when a picture frame is removed. But as the refrain of the credits song, “Meravigliosa Creatura,” has it, the Macaluso sisters are marvelous creatures indeed: common as pigeons, precious as doves.

Ron Cobb, ‘Back to the Future’ DeLorean Designer, Dies at 83 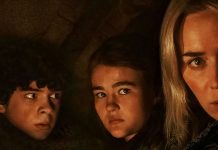 Upcoming Horror Movies: All The Scary Movies Coming Out, From Late 2020 Through 2021

One Disagreement J.K. Simmons Had With Spider-Man: Far From Home’s Filmmakers About His Cameo 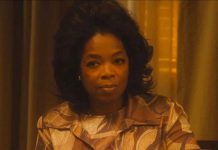 What To Stream If You Love Oprah Winfrey 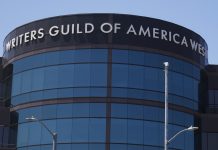 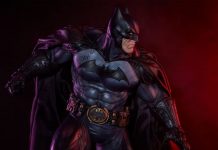 The 15 Best Batman Statues Ever Made 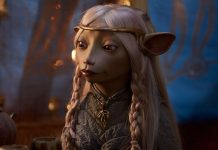