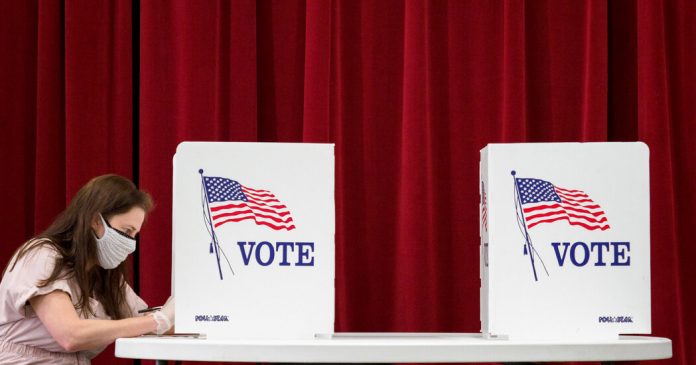 WASHINGTON — The United States government on Thursday became, for a brief moment, one of the biggest and perhaps most annoying telemarketers in Russia.

Seeking to publicize new rewards of up to $10 million for information about people trying to attack American voting systems, the State Department sent text messages to cellphones in Russia as well as Iran.

It was the 2020 version of a longstanding tradition of projecting American messages across the borders of adversaries. During the Cold War, Radio Free Europe broadcast pro-democracy programs across the Iron Curtain. In 2003, the United States dropped leaflets in Iraq warning against the use of (nonexistent) chemical weapons.

To the Russian government, and many Russians, the attempt looked ham-handed.

Maria Zakharova, a spokeswoman for the Russian government, ridiculed the message, which she said had appeared on many Russian cellphones. The program would yield nothing for the United States government, she predicted, and was more than just annoying to Russians.

“By calling on people to talk for money about interference in American elections, the American special services are unceremoniously interfering in our life,” she wrote on Facebook. “What is this if not a real hybrid attack?”

One Twitter user in Russia posted: “For 10 million, I’ll say anything. Even that the Americans landed on the moon.”

In Iran, the messages were met with derision. Volghan Hosseini, an e-commerce specialist, posted a screenshot of his phone on Twitter, saying he received the message. “The things you do make one really wonder about your sanity,” he wrote sarcastically.

Some Iranians pointed out that banking sanctions against the country would make it difficult for them to collect any financial award from Washington. Others joked that they would be willing to stage a hack and inform on it in order to collect the reward. And some wondered if Iranians could really influence the American election.

“If Iran could influence elections, it would influence its own elections,” Pooria Asteraky, an information technology specialist and digital entrepreneur based in Tehran, said in a phone interview. “This is laughable, a game by the Trump administration for publicity.”

But Washington does not need most people to respond or even like the message.

“I can imagine it is annoying for a lot of people, but just like telemarketers they are hoping a few people will make this worthwhile for them, even if everyone else is rejecting them,” said Nicholas Dujmovic, a former C.I.A. historian and professor at the Catholic University of America.

The true audience for the text messages may be American voters as much as it is foreign cellphone owners. The effort is the latest push by the Trump administration to show it is taking the threat of election interference seriously. In recent weeks, intelligence officials have warned about broad foreign interference efforts, and the State Department has outlined various Russian propaganda and disinformation drives.

But there appears to be at least some hope among American officials that the new effort is a creative way to let Russians and other people know that Washington is on the hunt for election hackers.

It was unclear what technology was used to send the messages, how many were sent or which U.S. agency carried out the efforts. But people in Russia and Iran posted screenshots of the text messages they had received.

The State Department also announced the reward program on one of its Persian-language Twitter feeds.

“Cybercriminals beware: The United States is offering a reward of up to $10 million for information about foreign influence in U.S. elections,” the tweet read in Persian.

The message contained a Telegram account and a Washington-area phone number connected to WhatsApp and Signal. It used a Persian and English hashtag: #Election_Reward.

A video in Persian accompanying the tweet said the State Department was looking for information to track down individuals or entities who worked for foreign governments to meddle in local, state and federal elections in the United States through illegal electronic and computer hacking.

The State Department’s Rewards for Justice program has paid out $150 million to 100 people, including a reward in 2019 for information on an Islamic State leader. The most famous reward in the program’s history, $25 million for the capture of Osama bin Laden, was apparently never collected.

In previous years, rewards were advertised to foreign audiences not by text messages but with leaflet drops by the U.S. Air Force.

During the Korean War, the United States government was intent on acquiring a Soviet-designed MiG-15. The U.S. Air Force started Operation Moolah, dropping leaflets in China and North Korea that promised cash for any pilot who defected along with their fighter jet. It was one of several leafleting operations over China, Dr. Dujmovic said.

“The problem with leaflet drops and other mass communications like that is one of metrics,” he said. “The only thing you know for sure is that you dropped X number of leaflets. You can’t measure how it changes attitudes.”

The text message system may allow the United States government to measure more effectively how many people see and respond to the message, if any do. 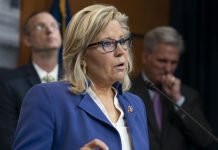 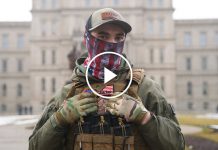 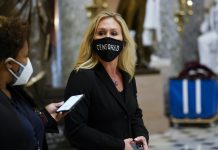 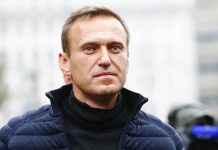 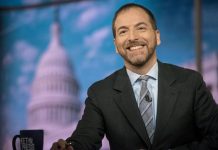 Chuck Todd blasts Republicans for not appearing on his show 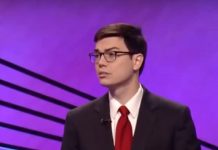 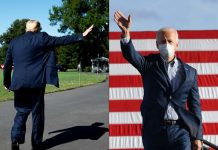