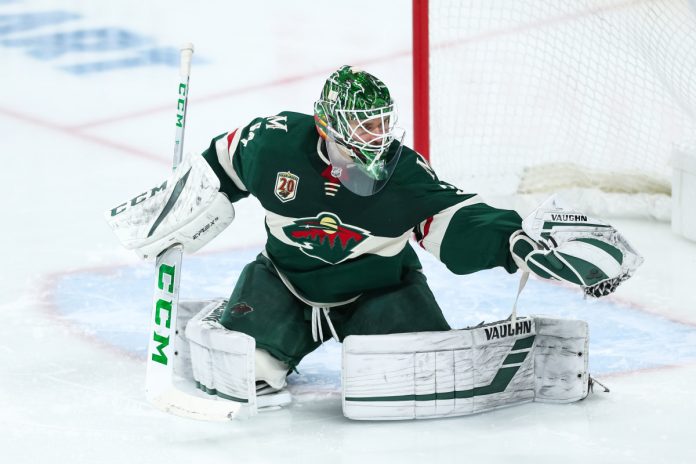 Hands up if you had Kaapo Kahkonen holding the longest win streak in the NHL two months into the season.

I better not see any hands, because you definitely didn’t see that coming. But it’s been an incredible journey for the Minnesota Wild goalie, who could tie Jordan Binnington’s nine-win run as a rookie two years ago in his next start. If he hits 10 wins, it’ll be the best stretch by a rookie goaltender since Rogie Vachon had a spectacular 10-game run in 1967-68, with just two goalies – Ross Brooks (12 for Boston in 1973-74) and George Hainsworth (11 for Montreal in 1926-27).

With a strong rookie goalie crop containing Igor Shesterkin, Alex Nedeljkovic, Ilya Sorokin and Kevin Lankinen, among others, Kahkonen’s rise to the top of the win charts is impressive, to say the least.

The Wild officially moved on from one of the franchise’s most successful goaltenders, Devan Dubnyk, over the off-season. Alex Stalock was good when Dubnyk wasn’t last season, but a pre-season health concern kept him out of action and was recently snagged by Edmonton via waivers. Cam Talbot was signed to a four-year deal to be the veteran presence in the crease, but just about everyone knew that was a tough ask for a goalie that has a tendency of being streaky under heavy workloads.

So why not just give the young kid a chance? That’s exactly what has happened, with the 24-year-old shaking off a slow 3-4-0 start in his first seven games before going on his monstrous run dating back to Feb. 18. Kahkonen has securely earned the job as Minnesota’s top man and thrust himself into serious consideration for the Calder Trophy – but he’ll have to topple fellow Wild youngster Kirill Kaprizov to make it happen.

In that eight-game run at 5-on-5, Kahkonen has allowed just eight goals and boasts a .952 save percentage and a 5.69 goals-saved above average – good for top three among goalies with at least six games played since Feb. 18.

Kahkonen’s dominance in the NHL comes as a surprise this early in his career, but his emergence as a quality talent in the NHL hasn’t. Kahkonen was the AHL’s top goaltender a year ago with Iowa, posting a 25-6-5 record, a .927 SP and seven shutouts a season after registering six donuts as a North American freshman. Wait a second – a Finnish goaltender making an instant name for themselves for the Wild? Did Niklas Backstrom come out of retirement?

Everything about Kahkonen’s track record back home in Finland and later in the AHL speaks for itself. Kahkonen was tabbed as Minnesota’s goalie of the future nearly half a decade ago, and despite a small sample size of just 20 starts over three seasons, he’s starting to show why.

The Wild probably didn’t expect to find themselves sitting ahead of the pre-season Stanley Cup favorites from Colorado in the West Division this far into the season, but Kahkonen’s unstoppable play over the past month has been undeniable. Now, a playoff berth for a team that doesn’t have an abundance of star power or scoring depth to choose from doesn’t seem like a heroic feat anymore, partly due to the play of Kahkonen.

The defensive pairing of Jonas Brodin and Matt Dumba has been spectacular for the Wild and Ryan Suter and Jared Spurgeon aren’t too far behind. But Kahkonen has far surpassed the play of Talbot in the Wild crease and has all but won the No. 1 role moving forward, all while doing so on the first year of a two-year deal worth $725,000 compared to Talbot’s three-year deal worth $3.66 million each. Talbot is still a solid vet to have in Kahkonen’s ear, but it’s clear who the real man in charge is.

The Wild won’t want to wear out Kahkonen if they’re interested in making a significant playoff run, and Talbot can more than handle the job. Even if Kahkonen begins to falter in the next little bit, it’s still a good sign for the Wild to see him performing like he is right now, and, hopefully, a glimpse into what Minnesota’s goaltending situation could look like over the next decade. 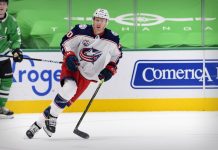 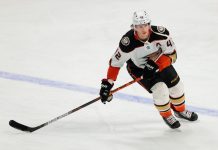 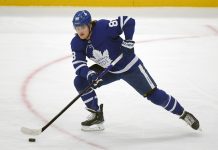 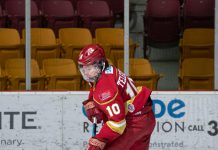 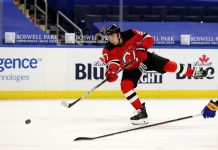 Nikita Gusev Didn't Work in New Jersey, but Could He Thrive Elsewhere? 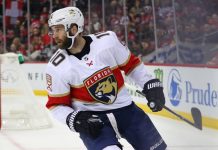 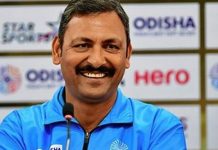 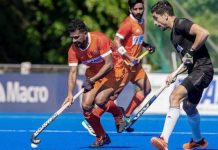 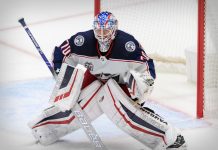 The Columbus Blue Jackets Are Primed for a Fire Sale 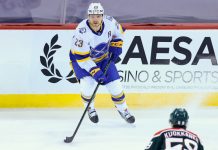 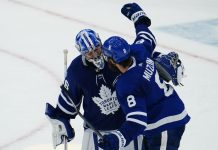