The Guardian view on climate change lawsuits: Big Oil is in the dock | Editorial


History was made in the Hague district court this week. Judge Larisa Alwin ruled that Shell, one of the world’s biggest oil companies, must cut its emissions by 45% by 2030 relative to 2019 levels. Until Wednesday, courts in the Netherlands, France and Germany had concentrated on holding governments to their commitments under the Paris climate deal of 2015. States were found guilty of denying basic rights to future citizens, triggering more ambitious climate plans. The landmark Hague ruling shows that corporations can now be ordered to comply with the goals of the Paris agreement.

Governments are supposed to design the regulatory frameworks and put in place the laws so that companies and households steadily reduce their carbon emissions. But this relies on private entities playing their part. If they do not, preferring to hide behind slick PR, the law can step in. The judge accepted the argument that Shell had failed in its duty to respect human rights by failing to adequately curb its role in global heating. Shell’s goals to mitigate its climate impact, the court found, “largely amount to rather intangible, undefined and non-binding plans for the long term”.

The judgment was also noticeable in placing responsibility on Shell not just for its own emissions, but for those of its customers. Taken together these amounted to 1.7bn tonnes of CO2 in 2019 – about the same as Russia, the world’s fourth-largest polluter. The company, headquartered in Holland, will appeal.

Many jurisdictions contain “duty of care” provisions similar to Dutch law. In a forthcoming paper, Stirling University’s Annalisa Savaresi and Joana Setzer of the London School of Economics point out that pursuing corporate actors on the basis of human rights law over climate has become a trend, with a dozen more cases pending worldwide.

For some this is perhaps a step too far; for others, not far enough. But sceptics must accept that the world is getting further and further away from hitting targets for carbon emissions. The Hague court was right to ask for a vision beyond business as usual. The spectre of a climate emergency is haunting the planet. Ahead of this November’s Cop26 UN climate summit, countries are supposed to put forward new, more ambitious promises to cut emissions. Climate models show that to limit global heating to 2C above pre-industrial levels there needs to be a 25% cut in carbon dioxide emissions by 2030, compared to where they were in 2010. So far the pledges fall far short. The Hague court noted that the energy sector requires even steeper falls of around 45%.

It is not unreasonable, given that the planet’s future is at stake, for civil society to use every tool at its disposal. On the day Shell lost in court, ExxonMobil, the US oil giant, was defeated by activist shareholders on the election of two new members to its 12-strong board, and a large majority of Chevron shareholders voted for a “substantial” reduction in the firm’s emissions from the use of its products. These were stunning defeats.

But the hydrocarbon sector is striking back. Two German companies – RWE and Uniper – are suing the Dutch government for compensation over the country’s planned coal phase-out under a 1990s international investor treaty. Martin Dietrich Brauch of the Columbia Center on Sustainable Investment points out the absurdity of the EU permitting such actions, given that these decades are crucial for a global energy transition to cleaner fuels and the bloc’s net zero targets. The answer is to shut down the outdated energy charter treaty. What must be faced is that carbon dioxide is building up in the air as more oil, gas and coal is burned. Unless this economic model is replaced, the fight will go on – inside and outside the courtroom. 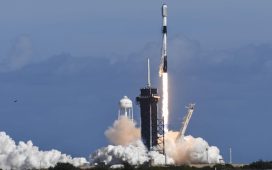 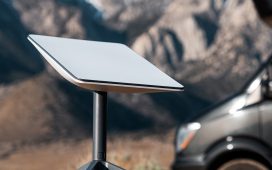 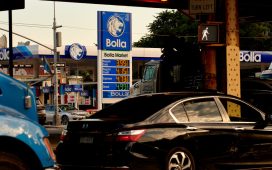 What Today’s Inflation Report Means for the Federal Reserve 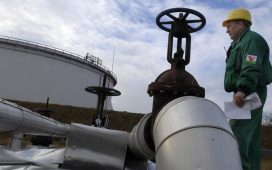 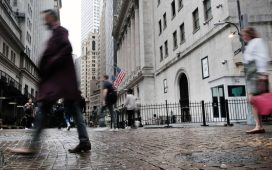 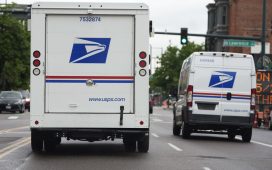 USPS to request rate increase due to inflation, postmaster says