The GOP’s at odds over the debt ceiling

The top Republican on House Financial Services doesn’t want Kevin McCarthy to pick a fight with the Biden administration over the debt ceiling.

Rep. Patrick McHenry (R-N.C.), who’s poised to chair the powerful committee if Republicans take control of the House, told MM on Monday that he opposes McCarthy’s (R-Calif.) plan to use the debt limit to extract potentially painful spending cuts from Democrats next year.

“It’s important that Congress raise the debt limit,” McHenry said, adding that he looked forward to making sure members “understand the debt limit; what it is, why it exists and the consequences for inaction.”

McHenry’s unwillingness to mess with a key mechanism affecting how Washington pays its bondholders — to say nothing of millions of Social Security, Medicare and Medicaid beneficiaries — could put him at odds with House Republicans who want to exert maximum pressure on Democrats to force spending reductions.

Treasury markets are “the lifeblood of the global economy,” said McHenry, a 17-year incumbent who has deep relationships within the financial services sector.

While McHenry underscored the risks of using the debt ceiling as a bargaining chip, McCarthy told Punchbowl News last month that it’s time for Congress to stop “lifting [the government’s] credit card limit.” Raising the debt limit allows the government to cover expenses that Congress has already incurred; it doesn’t authorize new spending.

McCarthy’s comments signaled a revival of Obama-era budget battles that convulsed markets and put the government in danger of default. (Republicans and Democrats reached agreements to raise the debt ceiling three separate times during the Trump administration, but financial markets generally shrugged off those confrontations.).

The stakes are somehow higher now.

The House Budget Committee expects government debt to hit the current $31.4 trillion ceiling sometime early next year. If Democrats don’t act to raise that limit during lame duck — when their agenda’s likely to be packed with votes on judicial appointments and must-pass defense funding legislation — House Republicans could push the government toward a fiscal cliff around the same time many economists think the U.S. will enter a recession.

In normal times — if such a thing even exists anymore — Congress would address a possible recession with government spending and stimulus. That’s politically impossible so long as consumer prices continue to soar.

McHenry’s certainly not calling on Congress to approve new spending. But threatening the government’s ability to meet its basic obligations comes at considerable risk, he said.

“It’s an important function of the government for us to make good on the checks that we cash,” said McHenry.

BIDEN’S OIL TAX — POLITICO’s Josh Siegel: “President Joe Biden accused oil companies of `war profiteering’ Monday after they posted record profits — and urged Congress to impose a windfall tax on the industry if it fails to lower consumers’ costs … His call is mostly likely a futile one, since Congress won’t meet before the election next week that’s expected to deliver control of at least one chamber of Congress to Republicans, and the idea is unlikely to draw strong enough political support even among his own party.”

PRESSURE’S ON— Our Victoria Guida: “A group of Democrats is ratcheting up pressure on Federal Reserve Chair Jerome Powell ahead of another supersized rate hike this week, warning him that the central bank is raising borrowing costs at ‘an alarming pace.’ In a letter led by Sen. Elizabeth Warren(D-Mass.), the lawmakers criticized Powell’s ‘disturbing warning to American families that they should expect ‘pain’ over the coming months’ and his suggestion that it’s unclear how deep of a recession might be ahead as the Fed battles decades-high inflation.”

MODERATES DEFEND RAIMONDO — The left is already pushing back on a hypothetical promotion for Commerce Secretary Gina Raimondo, as our Ben White and Gavin Bade reported, but moderates are ready to come to her defense. Centrist think tank Third Way called attacks on Raimondo unhelpful in a Twitter thread Monday, and said speculating on Secretary Janet Yellen’s successor is “premature at best and destructive at worst.”

Raimondo has “fought for infrastructure, R&D, more minority-owned small businesses, and jobs here at home,” the group tweeted. “A strong economy depends on both of these talented women. It’s time for the Left to realize that and help fight inflation before fighting their own.”

AN UNWANTED HEEL TURN — NYT’s Jeanna Smialek: “Jerome H. Powell has for years enjoyed something rare in a politically divided Washington: widespread popularity … The applause could soon stop… Once today’s rate increases translate into palpable financial or economic pain, criticism is likely to come in hard and fast as recession risks intensify and as everyday Americans find their jobs at risk and their wage growth slowing.”

THIS IS THE END? — Bloomberg’s Farah Elbahrawy: “The end of the Federal Reserve’s campaign to raise interest rates is approaching, according to Morgan Stanley strategist Michael Wilson, who until recently was a prominent stock market bear who correctly predicted this year’s slump in equities.”

RENT DELINQUENCY JUMPS — Bloomberg’s Alexandre Tanzi: “About 37% of small businesses, which between them employ almost half of all Americans working in the private sector, were unable to pay their rent in full in October. That’s according to a survey from Boston-based Alignable, a network of 7 million small business members. It’s up seven percentage points from last month and is now at the highest pace this year, the survey showed.”

RESEARCH ROOM — How much is long Covid weighing on labor-force participation? It’s an important question with big implications for policy makers in the years ahead. So far, the answer appears to be “not much,” according to a new paper from Brookings Institution economists Louise Sheiner and Nasiha Salwati. “[W]e estimate that about 420,000 workers ages 16-64 likely left the labor force because of long COVID, with a reasonable range of 281,000 to 683,000 (0.2% to 0.4% of the labor force),” they write.

ENDOWMENTS SINK — WSJ’s Juliet Chung and Melissa Korn: “Investment returns for university endowments have fallen back to earth after scoring their biggest gains in a generation the year before, reflecting a dramatically changed investment environment in which stocks, bonds and other assets have sold off sharply.”

CRYPTO’S FAVORITE REGULATOR? — With the decentralized finance world reeling over the CFTC’s enforcement action against Ooki DAO — a purportedly decentralized platform that allegedly violated commodities trading rules — Haun Ventures is petitioning the regulator to create new rules for DeFi networks. The $1.5 billion venture capital firm, which has invested heavily in DeFi startups, claims the case against Ooki DAO has been “a bit like a sword of Damocles over DAO participants.”

FIRST IN MM: CRYPTO POLL — The crypto investment firm Grayscale and its parent, Digital Currency Group, will brief congressional offices on a new survey from the Harris Poll later this week that found 76 percent of U.S. adults believe the federal government should establish clear rules for cryptocurrency trading. The poll also found that around a third of those surveyed said they are considering a candidates’ positions on crypto policy before casting their vote. “As we approach the midterm election, U.S. voters are considering the intersection of cryptocurrency, traditional finance, and the state of the economy,” said Grayscale CEO Michael Sonnenshein, whose firm is currently suing the SEC over the rejection of a proposed Bitcoin exchange-traded fund.

Patrick Hillmann has been named chief strategy officer at Binance. He most recently was chief communications officer at the company.

Chris Brown and Lisa Peto were promoted to partners at the Washington public policy firm Mindset.

The annual rate of consumer-price inflation in the eurozone increased to double digits in October,reaching a record and highlighting the challenges facing the European Central Bank after it signaled a coming slowdown in the pace of its rate increases. — WSJ’s Paul Hannon

Ukraine warned of widespread blackouts after a massive wave of Russian missile attacks on Monday damaged power and water supplies across the country including in the capital Kyiv. — Bloomberg’s Daryna Krasnolutska and Kateryna Choursina

Moscow has mostly failed to line up the fresh markets for its crude that it needs to secure by the time European Union sanctions on its seaborne exports come into effect on Dec. 5. — Bloomberg’s Julian Lee 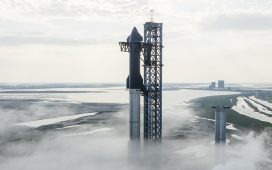 SpaceX prepares for a massive test this week: Firing all 33 Starship engines at once

The bigger the economy, the bumpier it gets 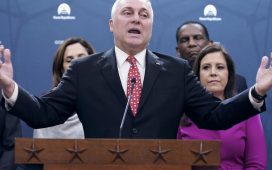