The private equity firm TPG is set to begin trading on the Nasdaq this morning, after pricing its I.P.O. at a $9 billion valuation. Going public is the latest milestone for the 30-year-old firm — but now it must convince investors that it can compete with its publicly traded rivals.

TPG’s listing is the first big stock market debut of the year, with bankers closely watching its performance to monitor the health of the I.P.O. business. (The software company Justworks postponed its offering yesterday, citing market conditions.) TPG sold shares at $29.50, the midpoint of its expected price range.

Going public will help prepare the firm for the future, its leaders say. Having a publicly traded stock will give the firm a new way of compensating employees and a currency for buying new businesses. TPG is also using proceeds from the I.P.O. to buy out minority stakes held by outside investors. (Its leaders are not selling any of their holdings.)

It is going public at an auspicious time for publicly traded private equity. Rivals like Blackstone and KKR have outpaced the S&P 500 over the past year, though TPG executives say they began planning the I.P.O. before the surge in those stocks.

But TPG must prove it can grow. Critics note that TPG is smaller than its peers — it manages $109 billion, a fraction of the $731 billion that Blackstone oversees — and more dependent on traditional leveraged buyouts, a lumpy business, for revenue. The firm’s executives counter that TPG was among the first firms to push into growth equity, including early investments in Uber and Airbnb, and that it was ahead of the curve on E.S.G., with good performance. “We have always been builders and innovators,” Jim Coulter, the firm’s co-founder and executive chairman, told DealBook. “We are very proud of what we have built.”

Executives acknowledge that TPG has scope to diversify. While Jon Winkelried, the firm’s C.E.O., said that “we don’t need to do anything,” he added that there were “certain parts of the market that we’re currently not in” that made sense to enter. That may include credit investment funds, a big business for the other publicly traded private equity firms that TPG will now be compared with more directly.

Rising housing costs make policymakers nervous. Higher rents are an issue for the Fed to weigh as it considers raising interest rates: Lael Brainard, President Biden’s nominee for vice chair of the central bank, plans to tell lawmakers at a hearing today that inflation is “too high.” And Patrick Harker, the president of the Philadelphia Fed, said he would back more than three rate hikes this year.

Donald Trump publicly backs booster shots. The endorsement by the former president, who has said he has received a third dose of a coronavirus vaccine, comes as many of his supporters are resisting Covid vaccinations. Trump added that politicians who refused to say whether they had received a booster were “gutless.”

The I.R.S. starts 2022 with a huge backlog. The agency has at least 10 million unprocessed returns from last year, compounding what it already warned would be a messy filing season. Officials attributed the buildup to a lack of funding and to resources being diverted to process stimulus payments last year.

Congress weighs banning lawmakers from trading stocks. Both Senator Josh Hawley, Republican of Missouri, and Senator Jon Ossoff, Democrat of Georgia, plan to introduce proposals to limit the practice after growing criticism. Relatedly, Senator Tommy Tuberville, Republican of Alabama, disclosed buying shares and options in Alibaba of China another time — despite being a vocal critic of Beijing.

Robinhood embraces permanent remote working. The online brokerage became the latest company to adopt the practice, though some employees may need to live near an office for regulatory or business reasons. Robinhood added that it would introduce mentorship programs for workers from underrepresented groups.

Investors are increasingly worried that inflation may derail the economic recovery. Yesterday provided new cause for concern: The government reported that consumer prices rose at their fastest pace in 40 years.

That is hitting people’s wallets, but has done little to slow corporate America’s profit boom. “We’re going to have the best growth we’ve ever had this year, I think since maybe sometime after the Great Depression,” Jamie Dimon, the JPMorgan Chase C.E.O., told CNBC this week, speaking of the economy in general.

Earnings season is about to begin, with four of the nation’s largest financial firms, BlackRock, Citigroup, JPMorgan Chase and Wells Fargo all publishing their latest quarterly results tomorrow, before the market opens. Investors will listen for what executives have to say about the effect of inflation, supply chain disruptions and other pandemic issues. Here’s some of what you can expect in the next few weeks:

“A disreputable, tottering old geezer at the end.”

— Chris Giancarlo, a board member of the American Financial Exchange and former chairman of the C.F.T.C., on the London interbank offered rate, or Libor. The interest-rate benchmark long underpinned trillions of dollars in contracts, but was undone by a market-rigging scandal. The Times’s Lananh Nguyen and Jeanna Smialek wrote its obituary.

A Guide to Cryptocurrency

A glossary. Cryptocurrencies have gone from a curiosity to a viable investment, making them almost impossible to ignore. If you are struggling with the terminology, let us help:

Bitcoin. A Bitcoin is a digital token that can be sent electronically from one user to another, anywhere in the world. Bitcoin is also the name of the payment network on which this form of digital currency is stored and moved.

Blockchain. A blockchain is a database maintained communally, that reliably stores digital information. The original blockchain was the database on which all Bitcoin transactions were stored, but non-currency-based companies and governments are also trying to use blockchain technology to store their data.

Coinbase. The first major cryptocurrency company to list its shares on a U.S. stock exchange, Coinbase is a platform that allows people and companies to buy and sell various digital currencies, including Bitcoin, for a transaction fee.

Crypto finance. The development of cryptocurrencies spawned a parallel universe of alternative financial services, known as Decentralized Finance, or DeFi, allowing crypto businesses to move into traditional banking territory, including lending and borrowing.

In defense of Bitcoin

Jack Dorsey yesterday announced the creation of a nonprofit group, the Bitcoin Legal Defense Fund, to help developers of the original cryptocurrency facing “legal headaches.” In an email sent to the developers’ mailing list, the Bitcoin evangelist wrote that “litigation and continued threats are having their intended effect; individual defendants have chosen to capitulate in the absence of legal support.”

A founder of Block, formerly Square, Dorsey is deeply invested in Bitcoin’s development. He stepped down as C.E.O. of Twitter in November to advance Block’s crypto ambitions and has said that Bitcoin is the most important thing he can work on in this lifetime. Block holds more than $350 million worth of Bitcoin in its corporate treasury.

Dorsey’s fund is part of “a coordinated and formalized response to help defend developers” in the Bitcoin world, according to the email. It will provide free legal advice and rely primarily on part-time and volunteer lawyers. Board members, including Dorsey, will review cases and decide who gets the group’s help.

First up on the docket: Tulip Trading. The Seychelles-based firm is run by Craig Wright, a litigious Australian computer scientist who claims to be Satoshi Nakamoto, the pseudonym of Bitcoin’s creator. He has sued core Bitcoin developers after losing a fortune in a hack, claiming breach of fiduciary duty, saying a small team of people control the Bitcoin network and have a duty to protect users and help recover tokens lost to theft.

The implications for the future of Bitcoin are big. A loss for developers in this case could have a chilling effect on cryptocurrency, which is probably why Dorsey said that the new fund would “take over coordination of the existing defense.” If developers are held liable for losses caused by hackers, the risks of contributing to the Bitcoin network could outweigh the rewards. The fund is not seeking contributions for now, and Dorsey did not disclose how much money it currently has.

In other crypto news:

Best of the rest

We’d like your feedback! Please email thoughts and suggestions to dealbook@nytimes.com. 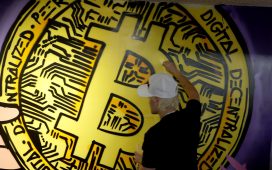 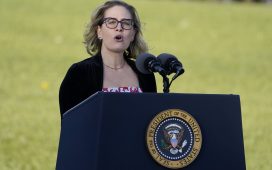 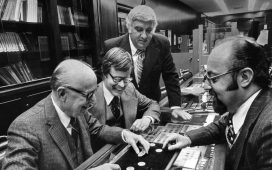 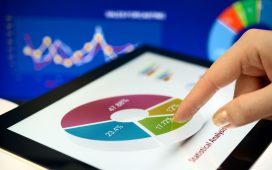 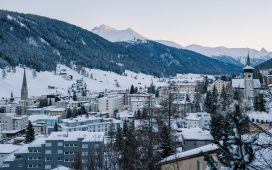 What Happened (and Didn’t) When Davos Disappeared 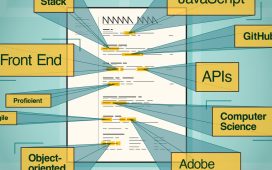 The Pandemic Changed Everything About Work, Except the Humble Résumé 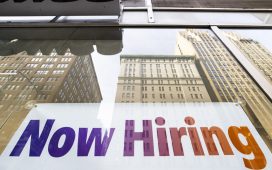 3 Things to Know About Résumés

‘House of Trump is crumbling’: why ex-president’s legal net is tightening