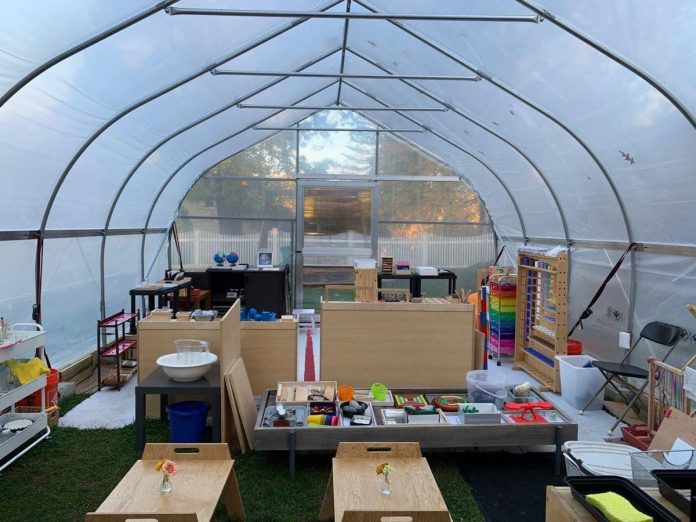 Fall in New England is glamorous. Colorful leaves, crisp air, apple and pumpkin picking with the slight premonition that a cold, dark winter is just ahead. And this year, for us, outdoor homeschooling.

The pandemic couldn’t impact those things in the outdoors—for us or our children.

Like fall in New England, there was much beauty in the fall homeschooling experience for our pod of seven children, but there were also challenges—from the parent perspective.

As we parents navigated the journey, one of the parents in the pod said continually, “If the kids can figure it out, so can we.”

I nodded each time he said it, but I struggled internally. It didn’t seem like a fair comparison.

We had created an objectively beautiful experience for the children. Each time I looked out our window and saw the children working studiously together or heard their shrieks of joy, I knew that what we had built wasn’t just a good substitute for traditional school in COVID times. It was a great option in any time period.

While the children flourished, the adults dealt with all the safety and logistical challenges, which were many. Those difficulties were ours to hold and navigate, not the children’s.

Although I granted that the children’s enjoyment made those challenges seem worthwhile, I worried whether we would be able to figure everything out and keep the program running to everyone’s safety standards and satisfaction.

One thing my wife and I have noticed in these times is that many people will say they are being “safe” and acting out of an abundance of caution, but definitions of “safe” vary wildly. When someone wants to see a family member, for example, their sense of what’s safe can also change.

And just because we had all chosen the same home-schooling option, didn’t mean we all had the same reasons for being there or that we were on the same page around behavioral choices.

Communication and compromise would be key to sustain the pod.

To make sure we had strong communication and candid conversations rather than letting challenges fester, we instituted weekly Thursday night Zoom meetings to talk logistics. They were both vital to the pod lasting throughout the fall and often painful.

The calls stretched on into the evening and were frequently taxing. They required candor, and it was hard to read people’s body language on camera.

The subject of the conversations ranged widely. We talked about COVID protocols and how to deal with questions of safety—both in the schooling environment and externally.

We had frank conversations about what types of curricular materials we actually needed and about money.

We vented about our concerns with how the time outdoors—on the farm, in the playground, and in our backyard— was being used, particularly before the curricular materials we had purchased arrived. We felt that the time together often resembled much of what Montessori is designed to escape—one-size-fits-all schooling, rather than seeking to use the outdoors environment to meet each child where he or she was. This resulted in both a lack of engagement and over-stimulation for some of the children, which had repercussions.

Although there are many benefits to a small class size, we also witnessed drawbacks, which we discussed as a group. There are reasons Montessori schools actually prefer larger classes of multi-age children than the small number we had. With three sets of siblings, the social dynamics between the seven children were intense and accelerated.

Even as we felt that the lack of productive engagement exacerbated these challenges, we parents also needed reminders in the calls to back off and let the children and teachers develop their own culture. But that was challenging to do given that we could often hear and see significant swaths of the action.

Given the concerns around how the outdoor spaces were being used, my wife and I were pressured into creating a heartier and hardened outdoor environment that would enable a more traditional Montessori set-up in which, above all else, our teacher would feel comfortable so that there would be a more positive culture.

We combed through options—yurts, tents, our garage and more—and ultimately settled on building a hoop house because we could get it up relatively quickly. We reasoned that we could lay down a solid floor so that the Montessori materials would have a balanced place to rest; the sides on the house could roll up so there would be plenty of ventilation; and the structure would allow the children to work in inclement weather—which would extend the schooling season through December and possibly more, mean fewer days off, and provide more predictable childcare.

Once the hoop house was up, we moved all the materials that had begun to arrive into it. The visual was stunning. The children were excited. It was a lot of work—and no small expense—but it seemed worthwhile.

And then the goalposts seemed to move on us as our conversations turned to winter.

Although we had entered into the pod with the understanding that schooling would be year-round, which would enable us to take much of the New England winter off, the other parents grew understandably concerned.

They worried about learning loss from taking an extended break. This is a concern that many adults—although not necessarily children—have held nationwide. And it’s not unfounded. In Ohio, for example, researchers found that student achievement hasn’t just paused, but declined by about one-third of a year’s worth of learning.

Given our priorities and the environment we had constructed in our household, my wife and I were not concerned about this for our children, but we heard the other parents’ worries and wanted to build a solution that took them into account.

Constructing a co-op arrangement with the other parents for winter in which we could share childcare responsibilities—which would help us—wouldn’t solve the other families’ challenge, for example.

My wife and I spent time talking to each family to understand their priorities and then brainstormed different permutations of how we could get each family what they needed. Although late-night Zoom conversations proved maddening, getting together in-person at one of the family’s homes to chat while the children watched movies was more productive. It was fun and social—big reasons why we had entered into the pod in the beginning.

As we worked our way through the questions, my wife and I realized that we had significant concerns from a safety and logistics perspective about having the pod move inside. One driver of our concerns was that our pod’s teachers’ adult children had moved back with her during the pandemic, and she had had multiple second-degree COVID exposures that had caused us to cancel school.

But we soon learned that we were the only ones who didn’t feel comfortable moving inside. Because we had trusted everyone else in the pod to this point and had comfort in their bar for safety, we decided to try and put aside our logistics concerns and lower our priority on safety in favor of socialization and academics for the others. We searched for other teaching solutions that would make us feel more comfortable for winter.

In anticipation that we would somehow figure it out, one morning, just before winter, we moved all the materials into our basement with the intention of having the pod continue in our house.

The end of fall

After we had moved the materials inside, we went away for the first week of winter. In that time, the other parents realized they could create a more reliable and consistent option with the current teacher indoors at a separate location that would give them the continuity and coverage they desired and with which they felt safe.

When one parent mentioned that they were simply seeking what was best for their children— and commonsensically observed that we should all be thinking along those lines—we realized that people were not choosing to place the pod’s needs above their own family’s priorities.

From that vantage point, we saw that it was time to part ways from the pod and move to a different homeschooling arrangement. Although the same solution had worked for all the families during the glorious New England fall, now that we were in a different context, our priorities no longer aligned in a single solution.

With rising numbers of COVID cases and a few novel ideas on how we could keep our children learning while having fun in the winter, it was time for us to explore a new path as the season changed. 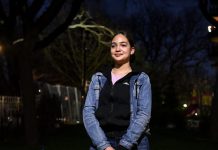 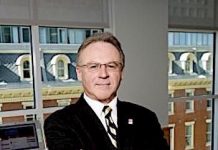 A Warning Shot For Deans Who Game College Rankings

‘Some messages have been just sobbing’: phone line helps headteachers with burden of Covid 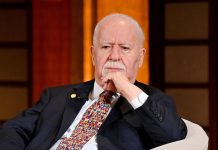 Vartan Gregorian, Giant In The Worlds Of Higher Ed And Philanthropy, Dies At 87 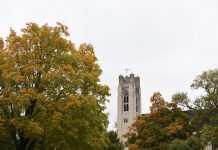 Children who organised Pimlico academy protest could be expelled 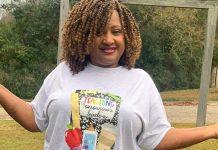 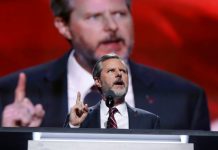